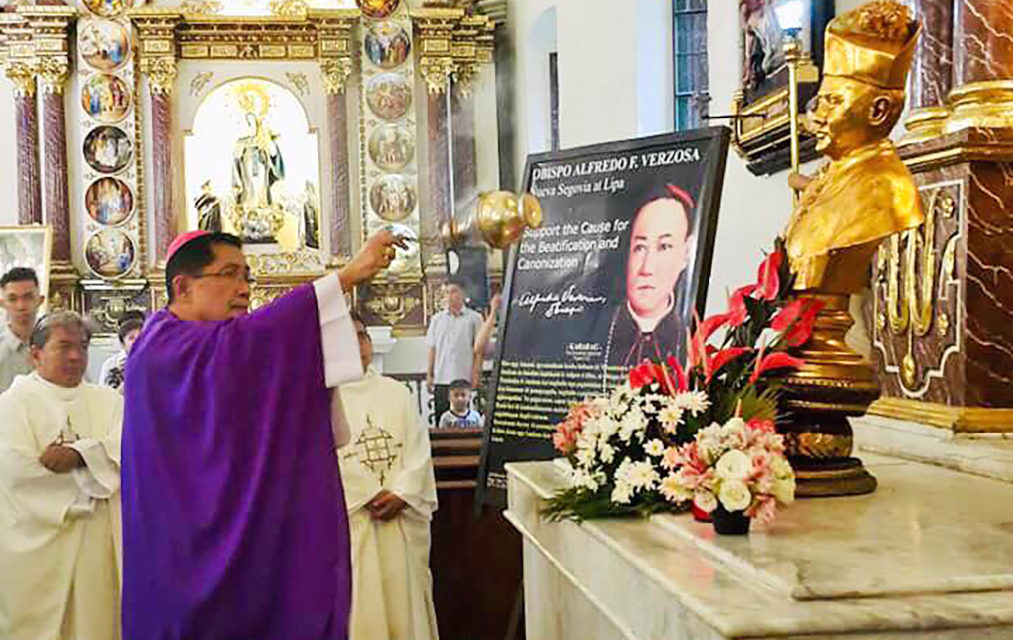 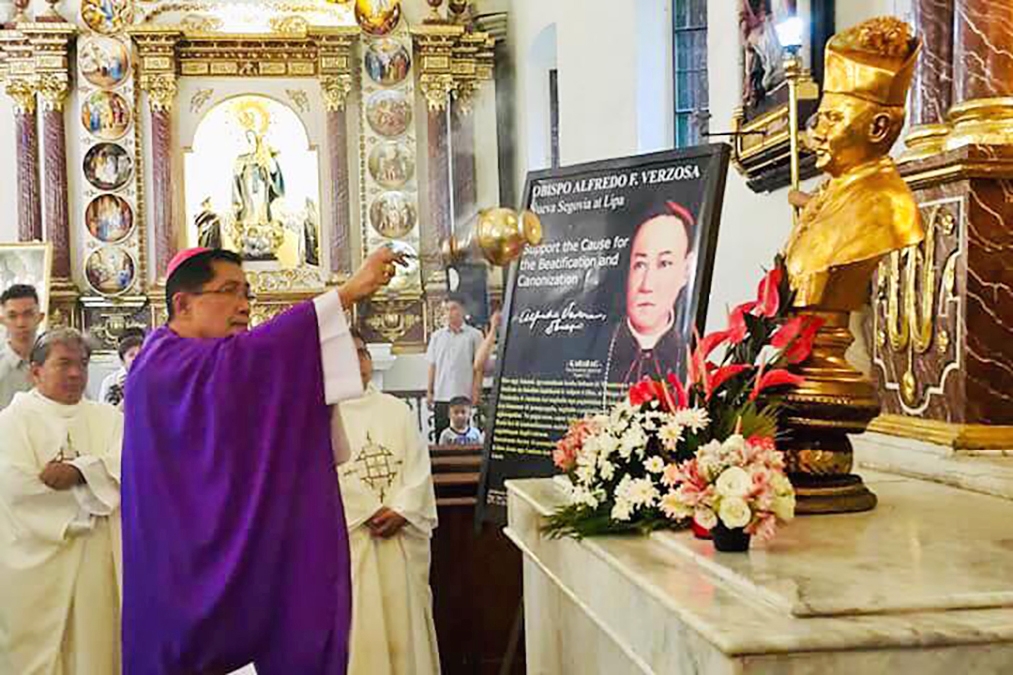 Archbishop Marlo Peralta of Nueva Segovia blesses with incense the tomb of the Servant of God, Alfredo Verzosa, during Mass to mark the latter’s 65th death anniversary at the Vigan Cathedral in Ilocos Sur June 27. PHOTO COURTESY OF THIRDY ANYOG

People flocked to the Metropolitan Cathedral of the Conversion of St. Paul in the heritage city of Vigan on Thursday to commemorate the 65th death anniversary of the Servant of God, Alfredo Verzosa.

Ilocanos and pilgrims from Southern Tagalog and Manila graced the occasion that was highlighted with a Mass presided over by Archbishop Marlo Peralta of Nueva Segovia.

In his homily, he encouraged the faithful to continue praying for the Cause. With optimism, he said that Verzosa will be canonized in God’s due time.

The archbishop stressed that obedience and humility marked the life of the Servant of God.

Every June 27 is a special day among the people of Ilocos to remember the death of the first ever Ilocano to be on the path to sainthood.

As testified by his confessor, the late Msgr. Gregorio Salvatus, Verzosa died “with the death of a just man” after receiving the last sacrament on a Sunday at his ancestral residence in Vigan.

The lover of catechetics

Verzosa served as bishop of Lipa from 1916 to 1951 which, at that time, was a huge territory covering the Southern Tagalog Provinces of Batangas, Tayabas (Quezón), Laguna, Mindoro and Marinduque.

The bishop is remembered in the region as the one who initiated intense catechism in the entire territory, establishing catechetical centers for the training of catechists and mandated the regular Sunday Catechism for Children.

As a result of this drive, he founded the Missionary Catechists of the Sacred Heart (MCSH) in 1923, which is believed to be the first ever religious congregation for women founded by a native Filipino bishop.

A man of charity

The bishop in his more than three decade ministry in Southern Tagalog is also known to many as a man of charity and a champion for the poor.

He never got rich and did not even own a bank account for he was giving his income to poor students and families.

Verzosa even created jobs in his household to help the less fortunate. He also opted to wear tattered clothing and give the modest ones to helpers.

Defender of the faith

As a priest in Nueva Segovia, which at that time covered the entire Northern Luzón Region, he is known as defender of Roman Catholicism in front of the Aglipayan Crisis at the turn of the 19th Century.

A story has it that a pastor from another sect warned him not to go on barrio mission. Courageous as he was, Verzosa insisted on going and as prize, he was almost hit by a spear which killed his horse.

In 1915, with the reopening of the church in Batac, the birthplace of Padre Gregorio Aglipay, the young Padre Verzosa was preaching to a crowd when a boy, believed to be a schismatic, threw a stone that hit his chest. Despite the blow, he continued preaching.

At the end of his episcopal ministry, the bishop was asked to retire from office which at that time to be a residential bishop was till death. Traumatized by the war, the once active bishop became weak and inept in administration.

It was in the same time that an alleged apparition of the Blessed Virgin occurred in Lipa which provoked a crisis.

Together with his Auxiliary Bishop, now the Venerable Alfredo Obviar, they ceased to function as administrators of the Lipa diocese, which with humility they magnanimously obeyed.
 
He retired in his native Vigan where he was molded into a God-fearing and obedient Son of the Church during the last quarter of the Spanish regime. There he had to suffer the pains of old age, economic poverty and abandonment.

Msgr. Salvatus, who took care of him during his last two years, described the bishop: “He was only sustained by his prayers. Without his prayers, his life could have been despairing.”

In 2012, the MCSH petitioned Archbishop Ernesto Salgado, who was then the Archbishop of Nueva Segovia for the opening of the Cause of Beatification and Canonization of Verzosa.

This was followed by the opening of the diocesan inquiry on January 11, 2013 after Salgado requested the Vatican Congregation for the Causes of Saints (CCS) the permission or “Nihil Obstat” to start the inquiry.

The official paper of the Cause called “Positio” is, at present, in the process of writing. 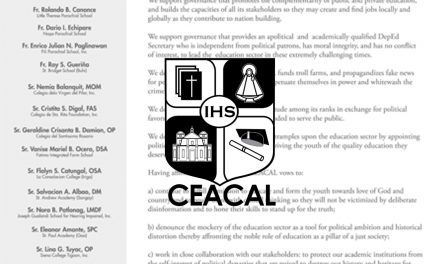 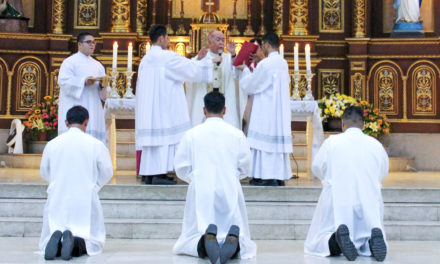 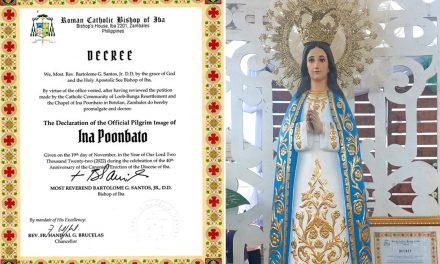 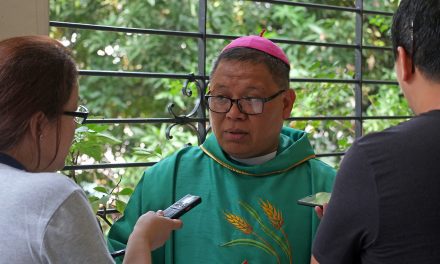