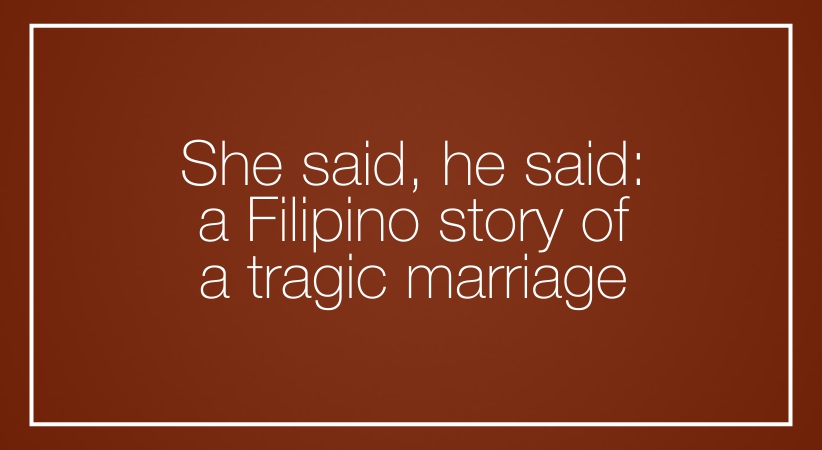 “Marriage is a very sea of calls and claims, which have but little to do with love”
– Henrik Johan Ibsen

As I write the local media attention seems to have made some kind of an unannounced and unintended paradigm shift. From the brutal war between terrorists and the government troops in Mindanao, it is now focused, almost with the same intensity, on a battle between a wife and a husband. What many might call a private rift that should have been kept under wraps has now become a public war. She accuses him, a poll commissioner, of amassing an unexplained wealth that could amount to a billion or so. He accuses her of infidelity and simple extortion. She accuses him of misjudging a friendship and calling it infidelity and challenges him if he could defend himself on similar allegations. He charges her with calling part of conjugal property money that belongs to his siblings or his side of the family. She waxes emotional over doing what is right (i.e., the possibility of exposing a corrupt public official, even hinting at future efforts of having him impeached).

No matter from what angle anyone may look at this story, it has the classic makings of a tragedy. If she is right, she would be a hero to the nation; but she would have her own children living their adult lives in shame over their father. If he is right, the consequences would be similar. It would not surprise me at all if pro-divorce or pro-marriage dissolution groups would ride on the crest of this sad story to advance their advocacies or proposed bills.

No human being has the right to play God and pass judgment on fellow sinners. We leave that to God himself. But there are aspects to the issue that we need to look into for the sake of clarity.

In the first place, whose interests are served by either party’s accusations and counter accusations? Perhaps the answer lies in either party’s own efforts to protect his/her good name and reputation or to follow his/her sense of right and wrong. On the other hand, even both parties recognize theirs are not the only interests to consider here. Their children are also foremost in their minds. Or are they? Repeating that question is important because I don’t particularly see how children could benefit from not only seeing their parents’ marriage torn apart but also from having to contend with their tarnished names in their later lives. If truth and justice are to be served, it should also include a compassionate way of delivering them so as to enable the innocent offsprings to cope with the unhappy realities of their family life.

It seems beyond our ken how much pride and a self-oriented style of living play in the unmaking of this marriage or any marriage. Nonetheless this question has to be answered. The problem with marriages that are cultured by wealth and power is that pride and selfishness are not necessarily tamed by them; most often these are only whitewashed or hidden by various social masks. The more hidden the diseases, the more dangerous they become, not to say destructive.

I remember how couples being prepared for marriage are being inundated with images of their lives as taking after their model, one provided by faith: the union of Jesus and his bride the Church. “Husbands, love your wives as Christ loves the Church…Wives, submit to your husbands as if to the Lord…” To achieve this end, they pledge “to have and to hold from this day forward for better, for worse, for richer, for poorer, in sickness and health, till death do us part…” There are other similar verbalizations of this vow but they express the same desire to not let pride and self-seeking rule their lives together; instead to let them always be subject to the Lord whose love they are to live by and proclaim. But is this image really a living factor in marriages especially of those who supposedly are Christ’s followers? Perhaps this question begs another: Are Christians in marriage Christlike in their marriage?

Some marriages that once started happily seem now irreparable due to various factors, not to say diverse ways of the refusal to truly and humbly love. Humanly speaking, they do seem on a date with death. But these are breakdowns; and breakdowns are not forever. Grace and forgiveness are always in abundance to those who seek them in God and his Church, as also from one another. 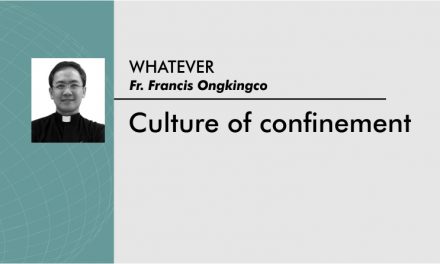 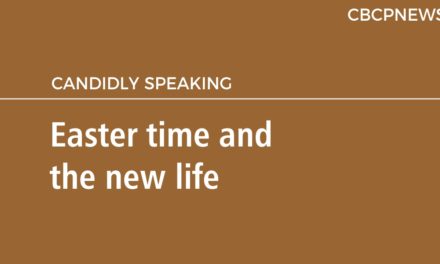 Easter time and the new life 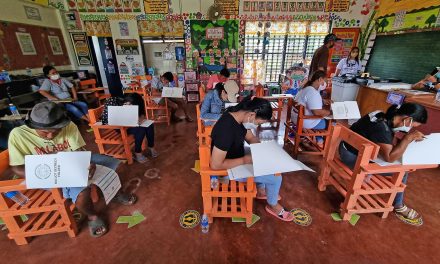 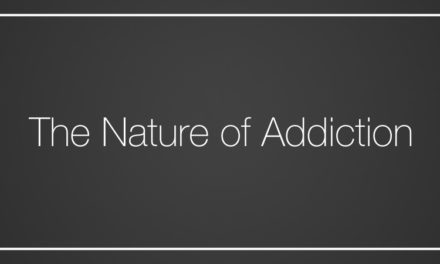 The Nature of Addiction