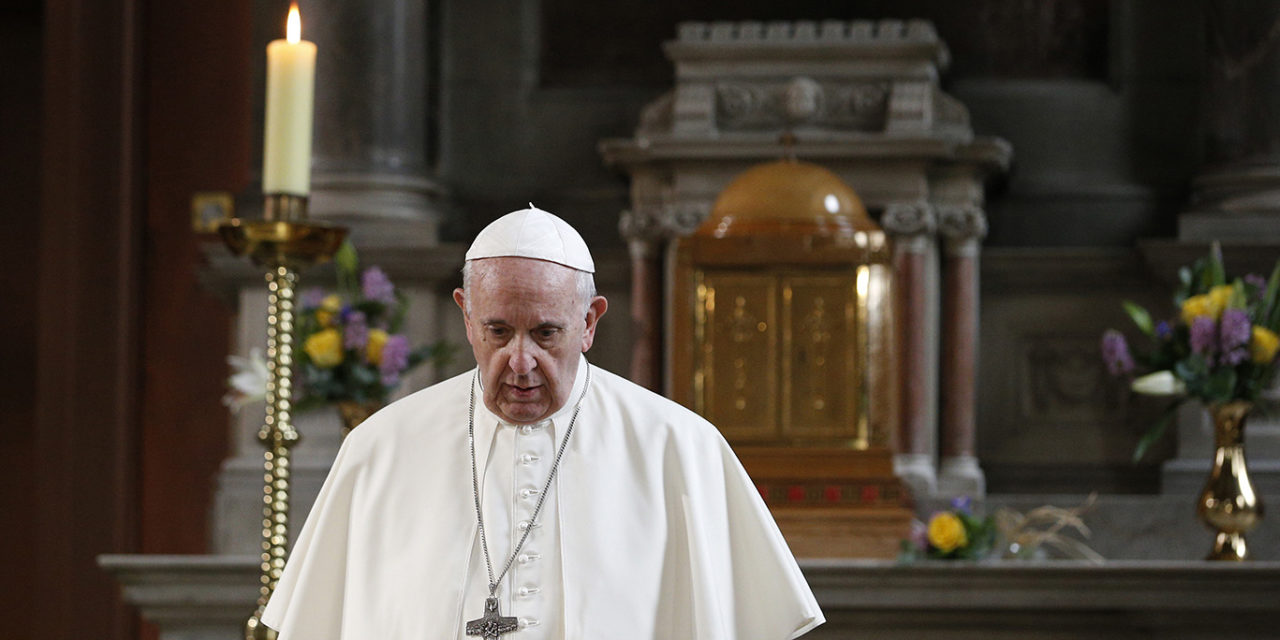 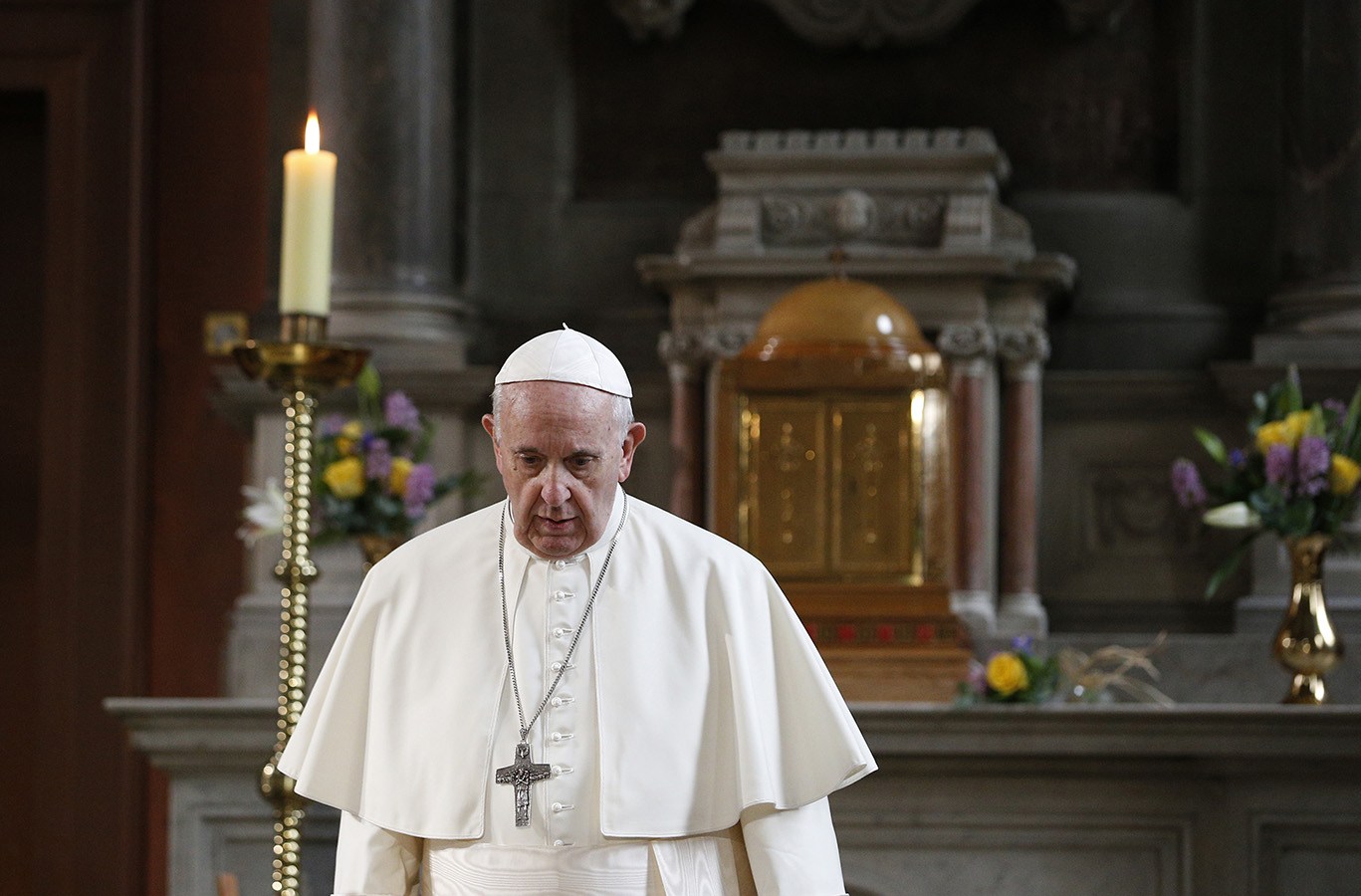 Pope Francis walks in front of a candle in memory of victims of sexual abuse as he visits St. Mary’s Pro-Cathedral in Dublin Aug. 25. PAUL HARING/CNS

Jesus himself showed that the best way to respond to scandal and divisiveness is to stay silent and pray, Pope Francis said Sept. 3 as he resumed his early morning Masses with invited guests.

“With people lacking good will, with people who seek only scandal, with those who look only for division, who want only destruction,” he said, the best response is “silence. And prayer.”

The pope’s Mass and homily came just over a week after Archbishop Carlo Maria Vigano, the former papal nuncio to the United States, called on Pope Francis to resign for allegedly ignoring sanctions Pope Benedict XVI had placed on then-Cardinal Theodore McCarrick for sexual misconduct.

Asked about the archbishop’s 11-page document, which included allegations of a “homosexual current” at the highest levels of the church, Pope Francis told reporters Aug. 26 to read the document for themselves and make their own judgments. The Vatican press office and most officials named in the archbishop’s document also refused to comment.

The Gospel for Sept. 3 recounted Jesus’ return to Nazareth and the fury of the townspeople when he refused to perform miracles for them. The reading from St. Luke ends: “They rose up, drove him out of the town, and led him to the brow of the hill on which their town had been built, to hurl him down headlong. But he passed through the midst of them and went away.”

In his homily, Pope Francis said the reading should help Christians “reflect on how to act in daily life when there are misunderstandings,” but also to understand “how the father of lies, the accuser, the devil acts to destroy the unity of a family, of a people.”

According to a Vatican News report on the homily, Pope Francis said that it was with his silence that Jesus defeated the “wild dogs,” the devil, who “had sown lies in the hearts.”

“It wasn’t people, it was a pack of wild dogs that chased him out of the city,” the pope said. But Jesus is silent. “It is the dignity of Jesus. With his silence he defeats that wild pack and walks away because it was not yet his hour.’

“This teaches us that when there is this way of acting, of not seeing the truth, silence remains,” he said.

Even in a family, he said, there are times when a discussion of politics or sports or money escalates into a truly destructive argument; “in these discussions in which you see the devil is there and wants to destroy — silence. Have your say, then keep quiet.”

Remaining silent and refusing to fight back is not always easy, he said, but it is what Jesus did and it is “anchored in the strength of God.” 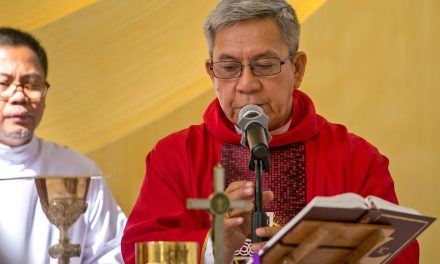 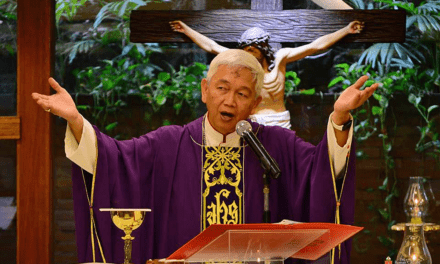 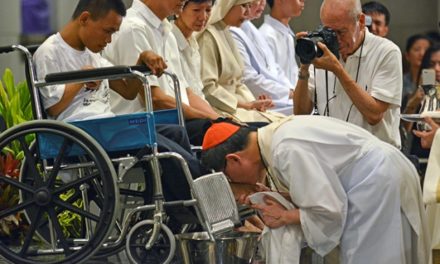