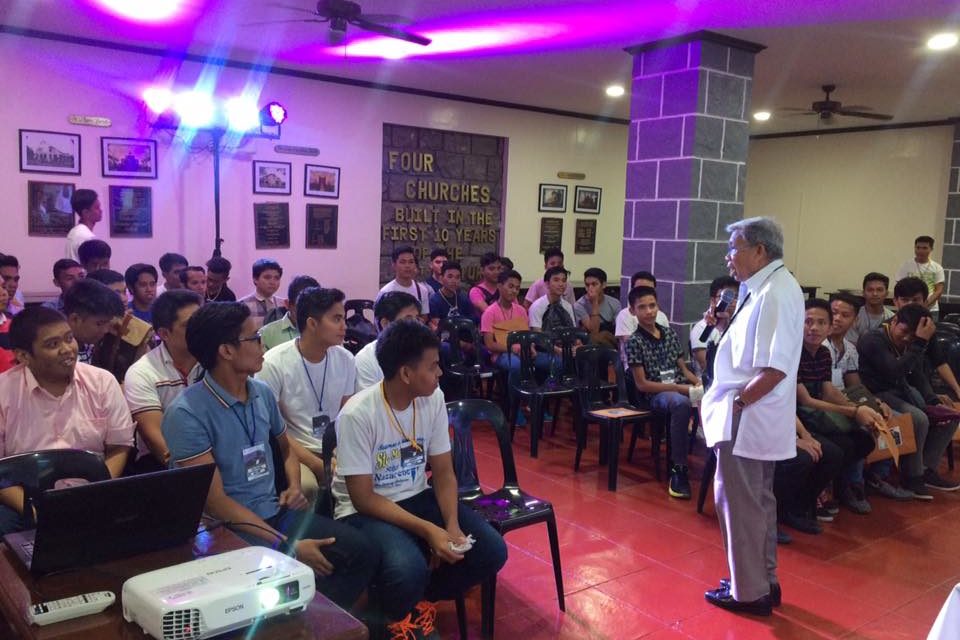 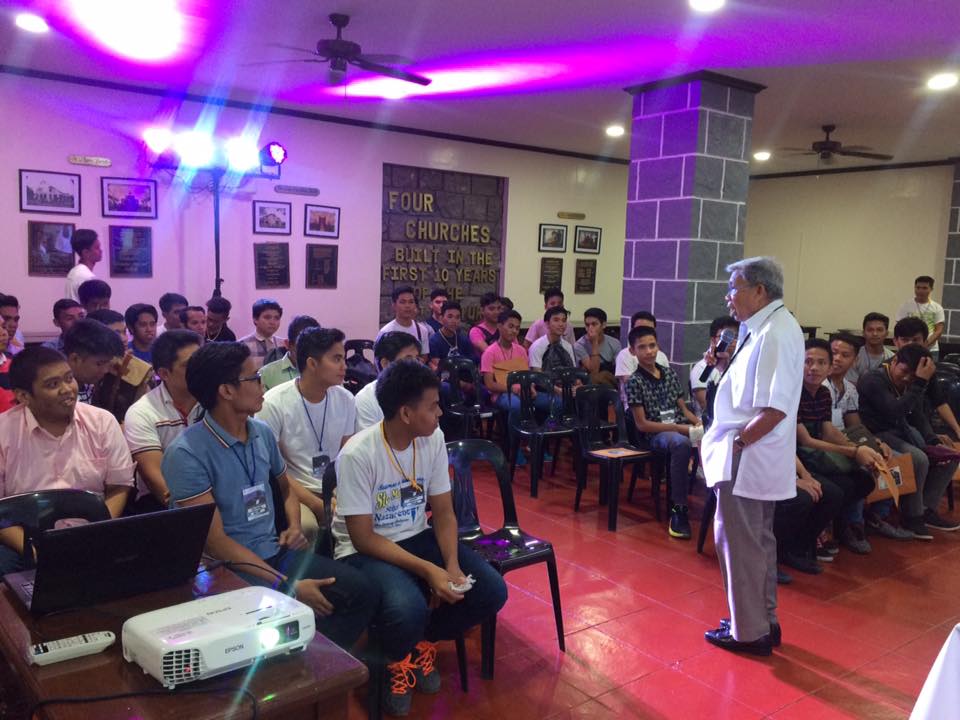 Novaliches Bishop Antonio Tobias shares his vocation story during a Diocese of Novaliches search-in entitled “Gusto Mo Bang Maging Paring Diyosesano?’ (Do You Want To Be A Diocesan Priest?), held on Nov. 3, 2017 at the St. Peter Shrine of Leaders. The prelate was glad with the unexpected high turnout of searchees, totaling 67. PHOTO COURTESY OF SEM. JOHN HARVEY BAGOS

As the Church in the Philippines prepares to celebrate the Year of the Clergy and Consecrated Life in line with the 500th anniversary of Christianity in the country, a local seminarian believes social media and clergy support is proving crucial for vocations promotions success.

According to Sem. John Harvey Bagos, “advertisements [on] social media” and “the wave of support of the parish priests” are key factors in promoting vocations among the youth.

Bagos, who is currently in his last year of theological formation and next in line for diaconal ordination in the diocese, said organizers of the recently-concluded Diocese of Novaliches Vocations Ministry search-in held at the St. Peter Parish Shrine of Leaders on Nov. 3, 2017 were expecting only around 40 to 50 participants but the actual attendees were 67.

In an interview, he acknowledged the huge contribution of social media to the relatively high number of the event’s attendees since online posters were shared via the Vocations Ministry FB Page and the Diocesan FB Page for weeks.

In addition, the seminarian said the support of the Novaliches clergy complemented the online exposure, which actually manifested during the event through the presence of Bishop Novaliches Antonio Tobias, some diocesan officials, and several parish priests aside from vocations ministry director Fr. Marvin Riquez.

“The bishop was very happy to see so many members of the youth try for the search-in, he even just started telling his own vocation searching process,” recalled Bagos. However, he said the prelate was only able to share about “the second chapter of his life” due to time constraints.

Entitled “Gusto Mo Bang Maging Paring Diyosesano?” (Do You Want To Be A Diocesan Priest?), the diocesan search-in aimed to promote vocations for the diocesan priesthood in Novaliches since the number of aspirants has been declining over the years, as shown by fewer presbyteral ordinations in the diocese, averaging one priest every two years, with the last one held on Dec. 4, 2016 for Riquez.

Bagos noted, during a previous interview, that there were more vocations and ordinations for the religious in the diocese. Thus, he pointed out the need for an annual diocesan search-in, especially since the process of becoming a priest is a “tedious and decade-long process.” But now, with the high-turnout of the diocesan search-in, Bagos said the future of diocesan priests in Novaliches has become brighter.

“I believe there is hope for vocations in the Diocese of Novaliches. It is a matter of pushing forward the agenda and journeying [with] the young people,” he ended. 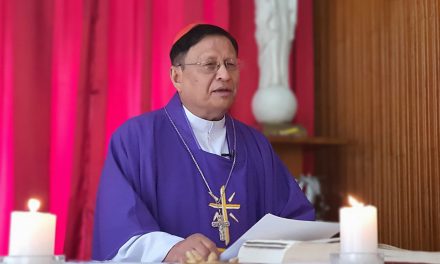 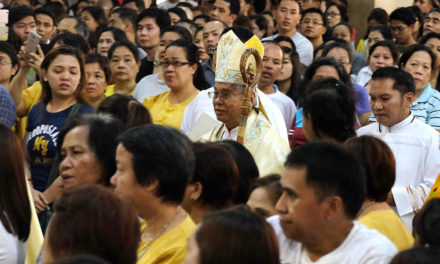