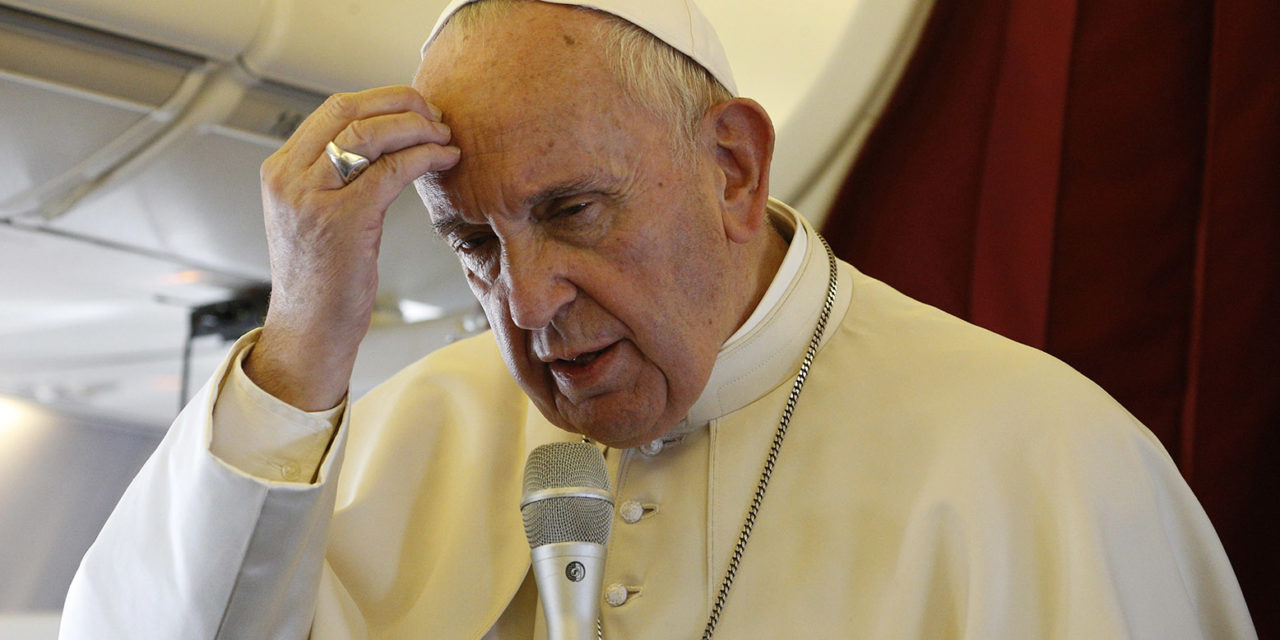 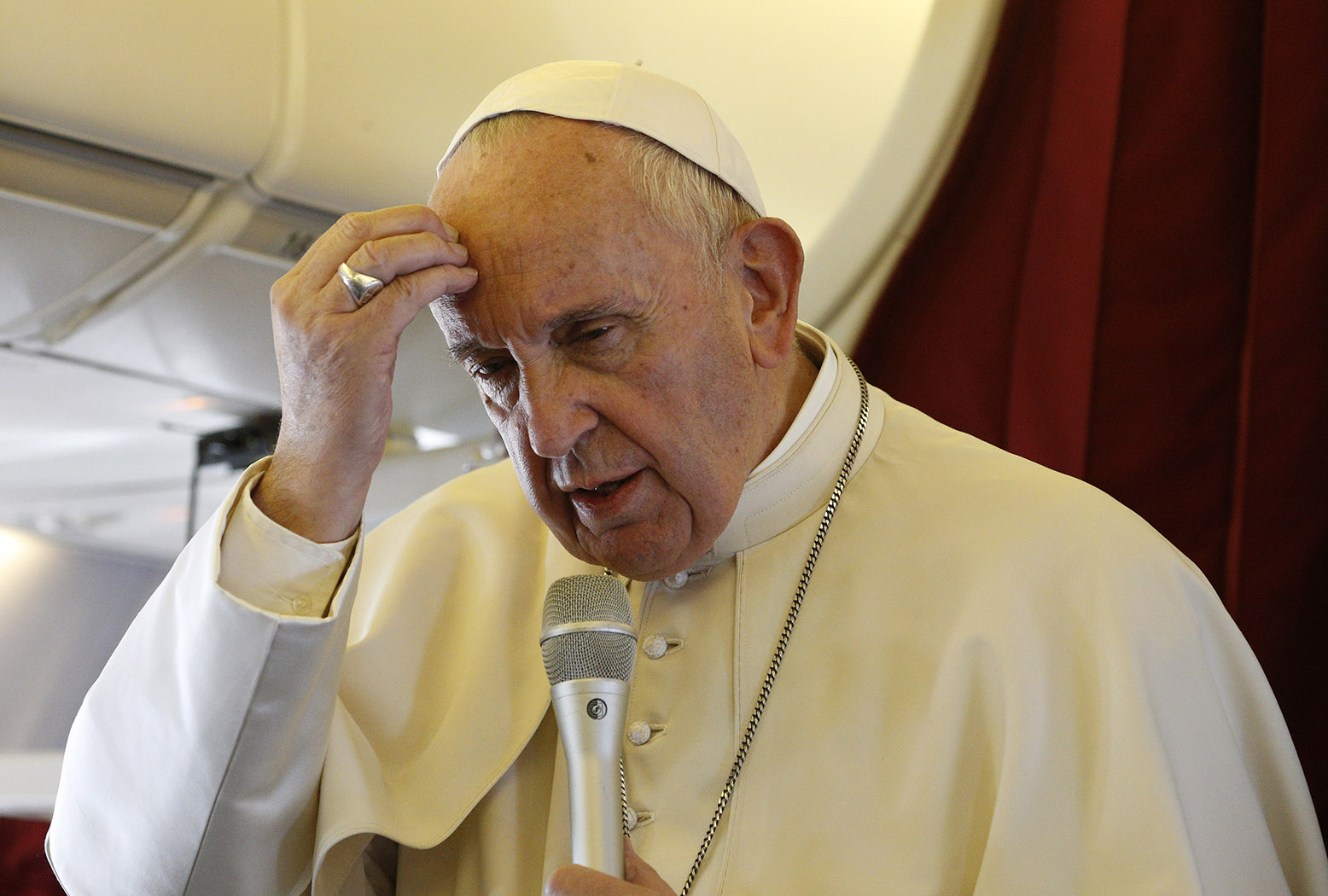 ABOARD THE PAPAL FLIGHT TO ROME— To fight clerical sexual abuse, the Catholic Church must have clear laws and procedures, but it also must engage in “spiritual combat,” because it is obvious the devil is at work, Pope Francis said.

After the Vatican summit on abuse in February, the pope said, he read a newspaper article that said he had “washed his hands and blamed the devil” for the abuse crisis.

Speaking to reporters March 31 on his way back to Rome from Morocco, the pope said stopping abuse requires a multi-pronged approach, including prayer and penance.

Pope Francis said that is why he asked the U.S. bishops not to vote in November on a new code of conduct for bishops and new procedures for handling allegations raised against bishops. Instead, he asked the bishops to have a retreat and wait until after the February summit to decide how to move forward.

Some things, like the abuse crisis and child pornography, he said, “cannot be understood without the mystery of evil.”

“We in the church will do everything to end this scourge,” the pope said.

In his address at the end of the summit, he said, he offered concrete measures to be followed, but he also recognized that there is a danger the church would focus exclusively on laws and norms and would forget the spiritual weapons of prayer and penance “to defeat the spirit of evil. That is not washing your hands.”

Pope Francis said his 2018 letter to the bishops of Chile regarding the abuse crisis there and the letter he wrote to the U.S. bishops at the beginning of their retreat in January both looked at the “human, scientific” and legal aspects of the crisis as well as the spiritual aspect.

The U.S. bishops’ proposals for a code of conduct and a third-party reporting system, he said, “were too much like that of an organization, methodological, and — without their meaning to — neglected the second dimension, the spiritual.”

Pope Francis was asked specifically about the case of French Cardinal Philippe Barbarin of Lyon, who was found guilty in early March of covering up abuse and was given a six-month suspended sentence. He offered his resignation to the pope, but the pope declined to accept it.

Responding to a reporter’s question, the pope said while the cardinal awaits the appeal of his conviction, it would be a violation of “the presumption” of innocence to accept his resignation.

During the inflight news conference, the pope also responded to questions about interreligious dialogue, religious freedom and migration.

Pope Francis said his trip in February to the United Arab Emirates and his trip to Morocco were opportunities to demonstrate the Catholic Church’s commitment to interreligious dialogue. Asked what, concretely, had been accomplished, the pope responded that “now there are blossoms, the fruit will come later. But the flowers are promising. We mustn’t give up.”

He also insisted that every religion, Catholicism included, had members who are intransigent and against dialogue, people who “live on bitter memories of past struggles and seek war” more than peace.

In response to a question about the many Muslim-majority countries where freedom of worship is respected, but legal or social pressures prevent Muslims from converting to Christianity, Pope Francis insisted freedom is a concept that grows over time.

In fact, he said, there are still Catholics who strongly oppose the Second Vatican Council’s teaching on religious freedom and its insistence that even non-Christians have a right to follow their consciences.

In many so-called Christian countries, he added, doctors and other medical personnel do not have a legal right to conscientiously object to euthanasia, for example.

“Removing freedom of conscience is the first step to losing the freedom of religion,” he said.

Another reporter asked Pope Francis about the wire fence, topped with razor wire, that separates Morocco from two Spanish enclaves and about the wall U.S. President Donald Trump is trying to complete along the U.S.-Mexican border.

A Spanish reporter, he said, recently brought him a piece of razor wire. “Sincerely, I was bothered and when he left I cried. It just never entered my mind” that someone would design a fence that would tear the flesh of someone who tried to climb over it.

“This is not the way to resolve the serious problem of migration,” the pope said. “I understand a government with this problem is holding a hot potato, but it must resolve it humanely. … I saw that razor wire and I couldn’t believe it.”

Asked about Catholics who vote for politicians espousing strict anti-immigrant policies, Pope Francis said most of them “are a bit taken by the fear that is the normal preaching of populists.”

But, “fear is the beginning of dictatorship,” he said, pointing to the example of the end of Germany’s Weimar Republic and the “promises and fear” that led to Adolf Hitler’s election. “Let’s learn from history.”

Pope Francis also insisted that European and other countries that sell the weapons that lead to war cannot then refuse to accept the migrants and refugees fleeing the fighting and the poverty and hunger that go with war. 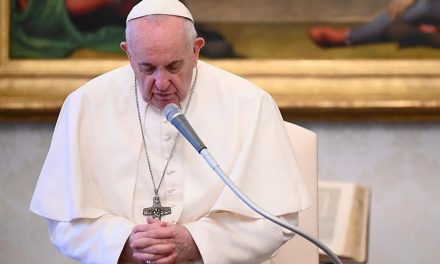 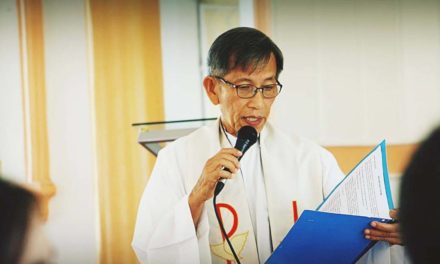 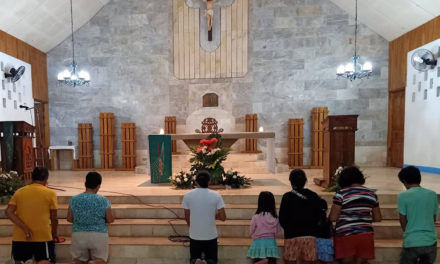 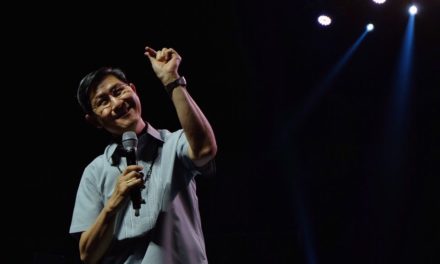