Statement on the vandalism of Labulabo Catholic Chapel 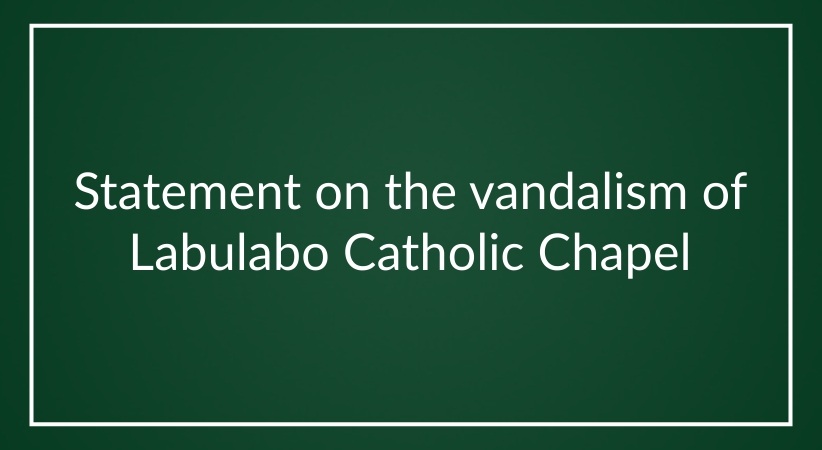 AS the leader of all Catholics in the Archdiocese of Cotabato I totally codemn the religious vandalism of the Labulabo Catholic Chapel in Shariff Aguak.

This criminal act is an abhorrent desecration of a place of Catholic worship. Religious statues were maliciously destroyed. They were meant to honor Jesus, Mary his mother and San Isidro. Jesus is a great prophet in Islamic belief as well as Lord n Savior in Christian doctrine. The joly Qur’an hold s Mary or Miryam as the most unique of all mothers. San Isidro, one the great holy heroes of the Catholic faith, is the patron Sain of Labulabo Catholics. The destruction of their statues is gravely disrespectful of Catholic beliefs….

Such a crime is most disturbing and provocative. Has the ISIS ideology of destructive religious hatred and intolerance penetrated once peaceful rural areas? Is it an attempt to destroy the harmonious relationships between Muslims and Christians? Is this crime trying to revive the old “Blackshirt-Ilaga” religious war?…

Hoping against hope I pray that this is not so.

I urge our fellow citizens, government officials, and partners in the Bangsamoro peace process to help our security forces to ferret out the individual or group responsible for this heinous sacrilegious crime….

I encourage religious leaders of different faiths to condem any abuse of our respective religions of peace and prevent religious bigotry, hostility snd conflict.

I enjoin our Catholic faithful, Laity, Religious Sisters and Brothers and our Priests to be always alert to the ongoing threats of violent extremism.

Be calm. Despite provocation, follow the Lord’s injunction of peace and not revenge….

May the Almighty and Compassionate God protect and bless us and direct our steps to the path of peace. May Mother, the Queen of Peace, be our constant and daily intercessor.

My prayers for everyone, God bless. 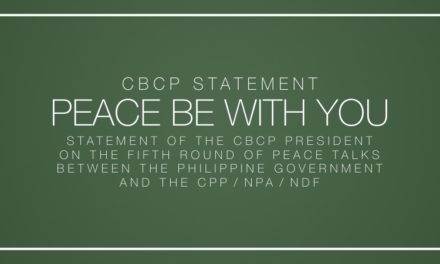 Peace be with you 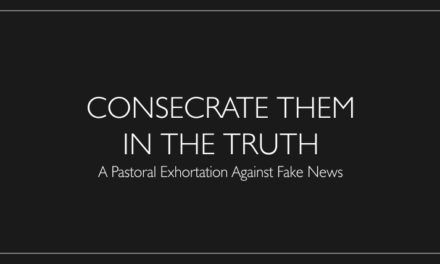 CONSECRATE THEM IN THE TRUTH 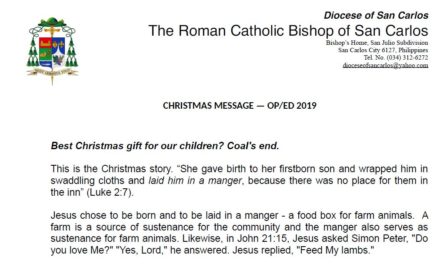 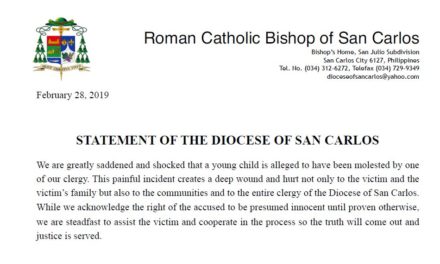 Statement of the Diocese of San Carlos