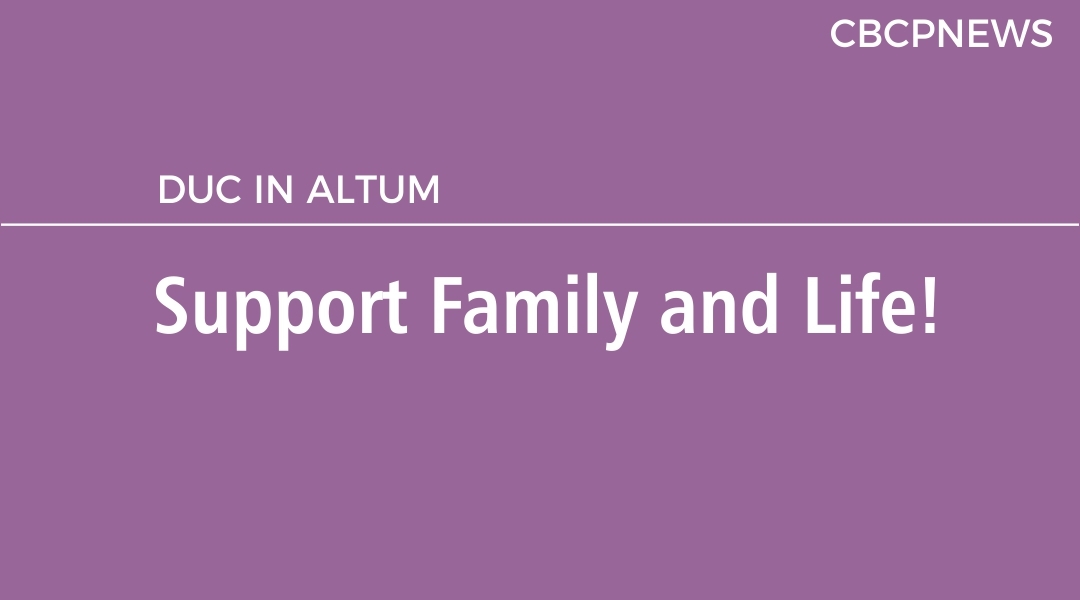 THE Walk for Life sponsored by Sangguniang Laiko ng Pilipinas (“Laiko”) was a huge success. Its President, Dra. Marita Wasan, the Board of Trustees and Past Presidents led the different dioceses and archdioceses, national organizations, ministries and Basic Ecclesial Communities (“BEC’s). As early as 3am, people were already trekking to Quirino Grandstand Parade Grounds, Rizal Park. At exactly 4:30a.m., the walk started from Quirino Grandstand towards Manila Hotel to Roxas Boulevard, to T.M. Kalaw back to Quirino Grandstand. While doing the Walk, the participants prayed the Rosary and sang Marian songs.

Several invited guests gave testimonies on the value of life, opposition to divorce, euthanasia, abortion, same sex marriage and extrajudicial killings. The highlight of the Walk for Life was the Mass presided by His Eminence Luis Antonio Cardinal Tagle, concelebrated by Most Rev. Pablo Virgilio David, Bishop of Kalookan and Vice President of the the Catholic Bishops Conference of the Philippines (CBCP) and Most Rev. Broderick Pabillo, Auxiliary Bishop of Manila, Spiritual Director of Laiko and Chairman of the CBCP Episcopal Commission on the Laity. In his Homily, Cardinal Tagle emphasized the value of life as a gift; that life is a gift that should be protected and taken care of. In the same manner that our family is also a gift from God and should be protected.

Walk for Life was also held in different parts of the country like Cebu City, Bicol, San Pablo.

We should voice out our strong opposition to House Bill No. 6027, An Act Providing for Grounds for the Dissolution of the Marriage. The Advocates for Family and Life released its Position Paper against this Bill.  They stated that Sec. 3, Art. XV, of the 1987 Constitution provides that “marriage, as an inviolable social institution, is the foundation of the family and shall be protected by the State”.  Likewise, Sec. 1, Art. XV thereof provides that the State shall strengthen the family’s solidarity and actively promote its total development. The State shall defend the right of families. The State recognizes the sanctity of family life and shall protect and strengthen the family as a basic social institution. The Family Code declares that marriage is the foundation of the family and an inviolable social institution whose nature, consequences and incidents are governed by law and not subject to stipulation, except that marriage settlements may fix the property relations during the marriage within the limits provided by this Code.

HB 6027 is contrary to these constitutional and statutory provisions; the Bill proposes grounds for easy dissolution of  marriage based on vague, flimsy, whimsical and capricious grounds such as irreconcilable differences and severe and chronic unhappiness, for  the convenience of the spouses. The Bill weakens marriage as an inviolable social institution and as the foundation of the family. Marriage is downgraded as an ordinary contract wherein the spouses will be freely allowed to establish such critical areas as support, parental authority, custody, living arrangements for the common children by their mere agreement. The Bill also allows the government to interfere in the parenting of children by assuming the role of parents.

Happy 59th Birthday and Happy 35th Sacerdotal Anniversary to Most Rev. Pablo Virgilio “Ambo” S. David, D.D., our dear Bishop of Kalookan. May our Lord continue to give Bishop Ambo more birthdays, good health, physical and spiritual strength to carry out his various projects and advocacy in the Diocese of Kalookan. Bishop Ambo is actively engaged in the Rehabilitation of Persons with Substance Abuse (Drug Dependents), Educational and Spiritual Assistance to Families of EJK victims, takes care of the welfare of Street Children and out-of-school youth so that he constructed a MASID (“Mga Anak Din Sila ng Diyos”) Center as halfway house, construction of Spiritual Renewal Center through the help of donors, and establishment of Mission Stations in different parishes of the Diocese.

Likewise, the Diocese has established various Mission Stations: San Rafael Chapel in Tangos, Navotas City; St. Martin de Porres Chapel in Tugatog, Malabon City; Mission Station in Salmon St., Dagat-Dagatan, Caloocan City. The mission stations are under the administration and supervision of different congregations of priests and nuns. Bishop Ambo wants to bring the Church to the people so that it can serve the Least, the Last and the Lost. The Church and its servant leaders must not only evangelize, but must also go out and serve everyone, irrespective of religion.

In connection with the Rehabilitation Program of the Diocese called Task Force Salubong, after undertaking six months of rehabilitation, three (3) batches graduated and their names were deleted from the Police Drug Watchlist. In order for the graduates not to return to illegal drug use, the Community Care Program of the Diocese takes care of them. They are given livelihood program; educational assistance or scholarship.

Belated Happy Birthday to Rev. Monsignor Pepe Quitorio, the Editor-in-Chief of CBCP Monitor and anchor of morning program of Veritas Pilipinas of Radio Veritas; and my niece Raiza Elmira Imperial. 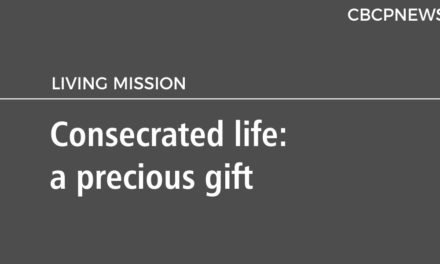 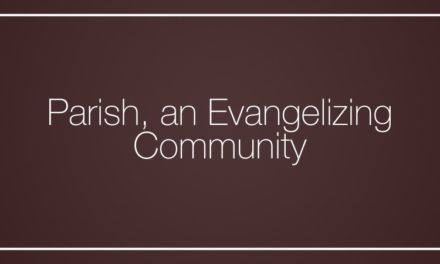 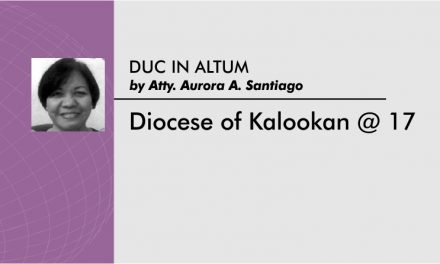 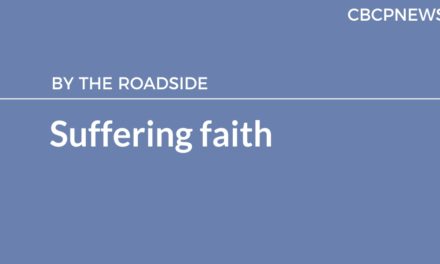