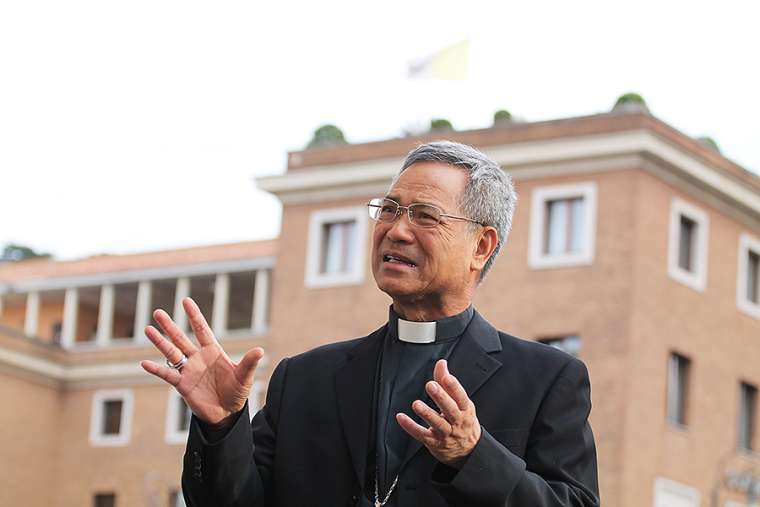 Pope Francis discussed the state of the Church with Taiwan’s bishops this week, while assuring them that episcopal appointments in China will remain the purview of the Holy See.

“The pope did not say yes or no, but he smiled,” Archbishop Hung Shan-chuan of Taipei told Catholic News Agency.

A papal visit to Taiwan has already been proposed. Taiwanese President Tsai Ing-wen officially forwarded the pope an invitation to visit the country via Cardinal Peter Turkson, who was in Taiwan in September 2017 for the International Congress of the Apostleship of the Sea.

Hung told CNA that Taiwan “is like a miniature of the universal Church. All the religious congregations are in Taiwan, both male and female congregations. They have many activities, and the government never interferes with their activities. In addition, all the interreligious relations are peaceful.”

According to Archbishop Hung, the bishops’ meeting with Pope Francis lasted about 1 hour, and bishops spoke with the pope primarily about family issues and vocations in Taiwan.

“The pope asked how many vocations there were in Taiwan, and we told him we had 12 vocations in 7 dioceses, that are quite a few. The pope wanted to understand why there were not so many vocations,” Archbishop Hung said.

Taiwan might also be affected by an eventual China – Holy See deal.

The Holy See has long maintained diplomatic ties with Taiwan. On October and November 2017, two conferences in Rome and in Taipei celebrated the 75th anniversary of their diplomatic relations.

Speaking Oct. 5, 2017, Matthew Lee, Taiwan’s ambassador to the Holy See, stressed at one of these commemorations that “Taiwan cares a lot about friendship with the Holy See. Our ties are marked by a tight and growing friendship that is reflected in humanitarian projects, in cultural exchanges, in educational and interreligious dialogue.”

Archbishop Paul Richard Gallagher, the Holy See’s Secretary for Relations with States, underscored at the same meeting that “the Holy See will keep on being a Taiwan’s companion in the family of people.”

Despite these mutual declarations of friendship, there has always been the concern that the Holy See would drop diplomatic relations with Taiwan if it gets a diplomatic agreement with China. China regards Taiwan as rebel province, not a sovereign nation.

Archbishop Hung noted that “a possible diplomatic agreement between China and the Holy See…would mean breaking relations with Taiwan.”

“There is a strong interaction between Taiwan and the Holy See,” he added.

The Holy See’s diplomatic relations with China were established in 1942, and the Holy See moved its nunciature in Taiwan during the Chinese Civil War, in 1949. The nunciature – officially called the ‘nunciature to China’ – has not been led by a nuncio since Oct. 25, 1971, when the United Nations ceased to recognize the Taipei-based government as that of China. At that time, the Holy See transferred its nuncio to Taipei and did not appoint a successor. Since then, the mission in Taipei is headed only by a chargé d’affairs.

Archbishop Hung also told CNA that “the pope is well informed,” about negotiations with China, and that the pope said to the Taiwanese bishops that episcopal appointment must stay in the Holy See’s hands. 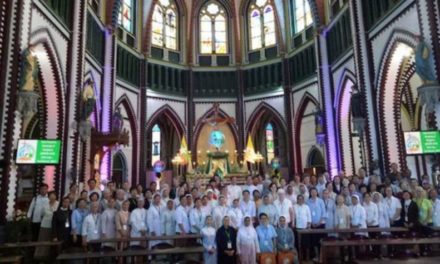 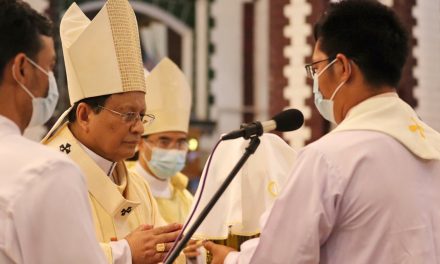 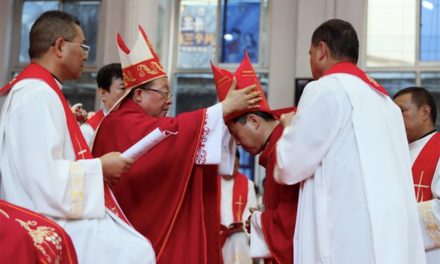 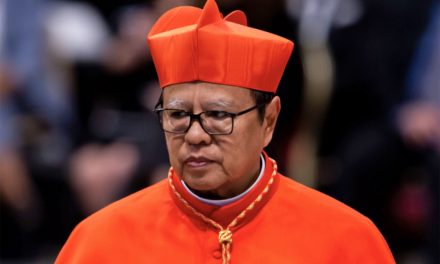