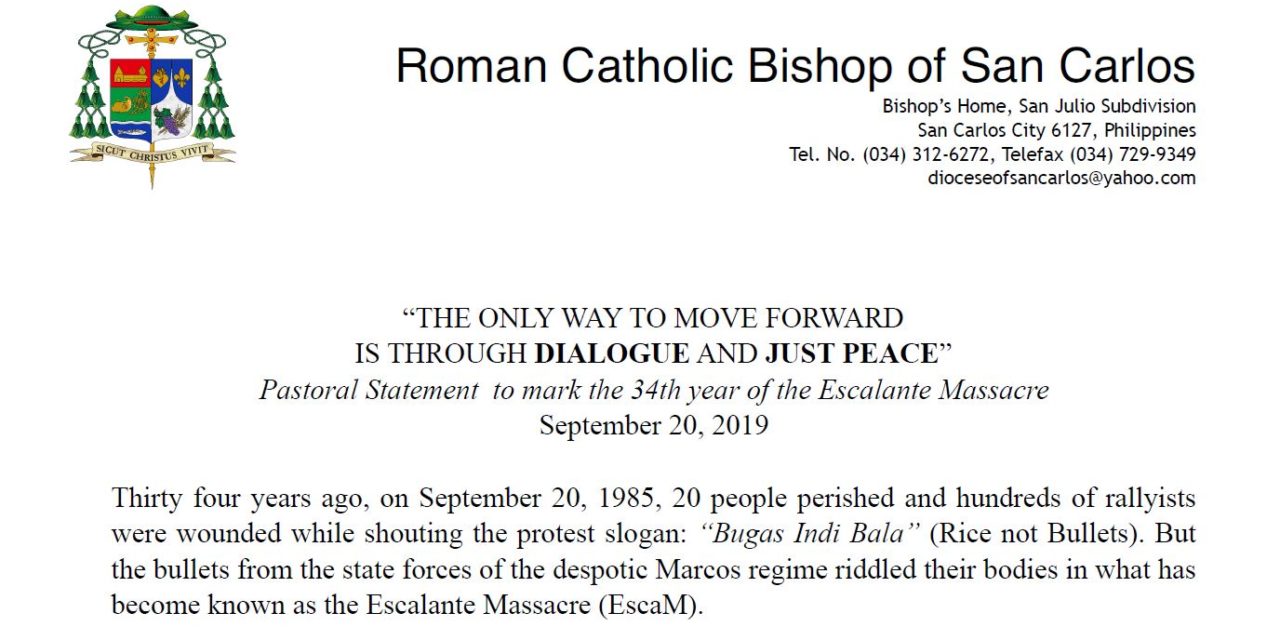 Pastoral Statement to mark the 34th year of the Escalante Massacre
September 20, 2019

Thirty four years ago, on September 20, 1985, 20 people perished and hundreds of rallyists were wounded while shouting the protest slogan: “Bugas Indi Bala” (Rice not Bullets). But the bullets from the state forces of the despotic Marcos regime riddled their bodies in what has become known as the Escalante Massacre (EscaM).

The martyrs of the Escalante Massacre inspired many to be more courageous in the fight against the Marcos dictatorship. Their collective sacrifice fueled the momentum of the mass movement against oppression that culminated in the historic 1986 EDSA uprising.  Thus, the Filipino people got rid of the Marcos dictatorship that massively violated human rights through “salvaging”, disappearances, massacres, harassments, illegal arrests, fake/ forced surrenders, violent dispersals, demolitions, evacuation, destruction of property and others.

We recall that among those who survived the EscaM was Bernardito “Tay Toto” Patigas, whose leadership among our poor communities continued even after the massacre; only to be assassinated 33 years later by suspected death squads, incidentally on Earth Day. We may have gotten rid of the Marcos rule but the respect for human rights has yet to be fully realized.

Today, the government through the Local Government Unit/Armed Forces of the Philippines / Philippine National Police also remembers the massacre through a summit with the theme, “EscaM 2019: Rising from the ashes, looking back and moving forward”.

We believe that it is imperative for all of us to realize that for us to move forward, the historical roots of the conflict in the Negros island and the whole country should be addressed.

We must continue our pursuit for justice for the victims of past massacres and the recent victims of massacres due to agrarian disputes. We should unceasingly work for the attainment of a just peace by enhancing our capacity for dialogue.

To address the centuries-old poverty and decades-long insurgency, serious attention must be given to the efficient implementation of a genuine agrarian program and inclusive industrial development — one that does not leave anyone behind.

Moreover, as we honor those who died for change, let us support the International Youth Strike for Climate Emergency that commences today by planting and growing trees for justice and peace; to show that we truly care for our common home and for the poor.

May the peace of Jesus be with us.

+MOST REV. GERARDO A. ALMINAZA, D.D.
Bishop of San Carlos 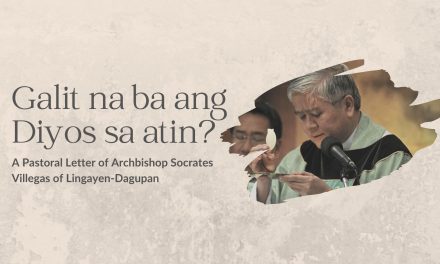 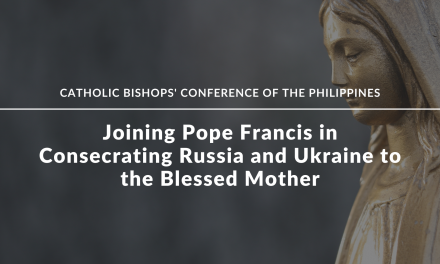 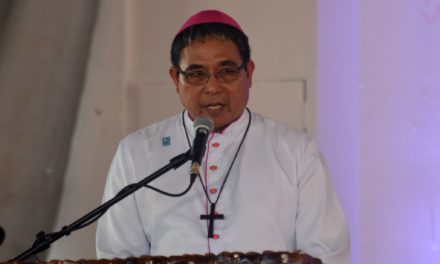 Message of Bishop Crispin Varquez, DD during the turnover ceremony of Balangiga Bells 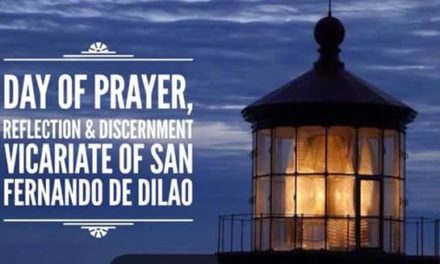