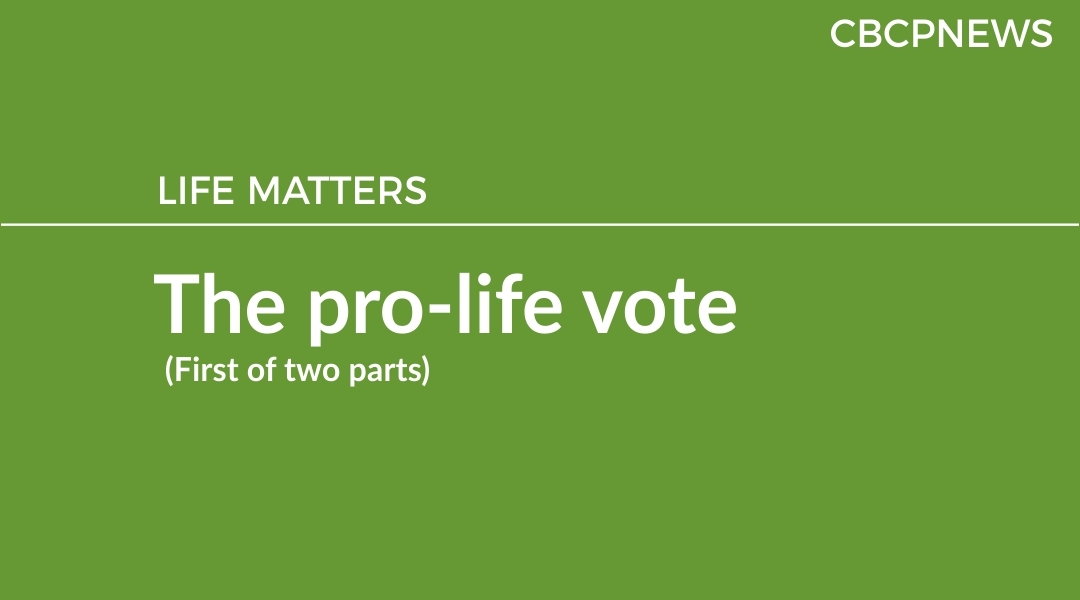 On April 25, the Board of the Sangguniang Laiko ng Pilipinas came out with a statement urging “Lay Groups and Christian Organizations” to lay aside non-partisanship in the coming senatorial elections. Invoking “the sovereignty of our country, the lives of our people, and the honor of the Philippines”, the letter urges the faithful to vote for 10 candidates in the coming senatorial elections. These 10 candidates—the “Otso Diretso” of the Liberal Party (Alejano, Aquino, Diokno, Gutoc, Hilbay, Macalintal, Roxas, Tañada) plus Colmenares and Poe – were specifically the ones endorsed by the “People’s Choice Movement” back in March.

The PCM vote and the letter of the Sangguniang Laiko has occasioned lively discussions among Filipino Catholic pro-lifers. Although all 10 are opposed (at least for now) to the death penalty, the majority of these candidates support either (or both) divorce and same sex “marriage”. Some also strongly supported the Reproductive Health (RH) Bill during the Noynoy Aquino administration. Coming right after a Congress that nearly made divorce the law of the land, and in a social climate rapidly becoming more supportive not just of divorce but also of same-sex relationships and the loosening of restrictions on abortion, the election of such men and women to the Senate can have devastating effects for the defense of the Philippines’ existing pro-life and pro-family laws. (As far as I could tell from their public record and expressed positions, only two of the ten are firmly and consistently against divorce, same-sex marriage, and the death penalty, namely, Alejano and Macalintal. The latter also publicly opposed the RH Bill.) We should note that the “Reproductive Health Law”, by its language and the values it promotes, also opens the door to the eventual normalization and legalization of abortion. As such, the fact that certain candidates had been strongly pro-“RH” is a matter of serious concern, even if, legislatively speaking, that law has become “water under the bridge”.

Pro-lifers are rightly concerned about the morality of voting for candidates who are committed to legislative platforms detrimental to traditional values, not least because doing so is itself a moral choice with serious consequences. As stated in July 2004 with regards to abortion by then-Cardinal Joseph Ratzinger (now Pope Emeritus Benedict XVI) in a letter to the then-Cardinal Theodore McCarrick, a letter subsequently publicized by the American Catholic media: “A Catholic would be guilty of formal cooperation in evil, and so unworthy to present himself for Holy Communion, if he were to deliberately vote for a candidate precisely because of the candidate’s permissive stand on abortion and/or euthanasia. When a Catholic does not share a candidate’s stand in favor of abortion and/or euthanasia, but votes for that candidate for other reasons, it is considered remote material cooperation, which can be permitted in the presence of proportionate reasons.” Although then-Cardinal Ratzinger touched only on abortion and euthanasia in this specific letter, it would seem that his reasoning can also be extended to voting for pro-same sex “marriage” and pro-death penalty candidates, since same-sex “marriage” and the death penalty fall alongside abortion within the ambit of the “principles which are not negotiable” as enunciated by the same cardinal when he became Pope. In a speech to members of the European People’s Party on March 30, 2016, Pope Benedict XVI made this important declaration:

As far as the Catholic Church is concerned, the principal focus of her interventions in the public arena is the protection and promotion of the dignity of the person, and she is thereby consciously drawing particular attention to principles which are not negotiable. Among these the following emerge clearly today:

We may then define the matter of controversy at hand as this: do proportionate reasons exist, such that Filipino Catholics can vote with a clear conscience for candidates who ostensibly favor positions that go against the non-negotiable principles on which the Church stands? More specifically for this (2019) election, do the dangers faced by the country under the current administration, constitute “proportionate reasons” for voting for these candidates?

I am only a simple layman, I am not a theologian with a mandatum, and therefore I will not try to set forth an “authoritative opinion” regarding this question. I know good and fervent Catholics who hold that the need to oppose the plans of the current administration is a strong enough reason, a proportionate reason, for voting in favor of Otso Diretso and the two other candidates endorsed by PCM; and that not doing so will only expose the Philippines to even greater ruin. I also know good and fervent Catholics who hold that it is better in the long run to vote only for pro-life and pro-family candidates, in order to build up a solid and principled pro-life “Catholic vote” especially for the future; anything else would be mere compromise. This is a very difficult issue and I hope that Catholics will not begin “excommunicating” each other over it.

What is essential, however, is that the teachings of Pope Benedict XVI on the non-negotiable principles not be ignored, or set aside, or treated as if they do not exist. These should be an integral part of the decision-making on who to vote for, these should be carefully weighed in one’s conscience, even if in the end there might be ‘proportionate reasons’ that justify voting for candidates whose political positions are not aligned with these principles.  In practical terms: I hope that the PCM and Catholic supporters of Otso Diretso, Colmenares and Poe will at least make the effort to reach out to their candidates in order to witness to the Catholic position on divorce and same-sex “marriage”. After all, if these candidates really want our votes, should they not take into account our core principles? Or do they see us only as useful idiots to be discarded or even treated as opponents after the election?

(Please send your reactions and comments to: caloyantoniopalad@gmail.com) 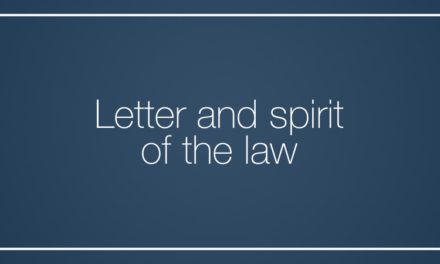 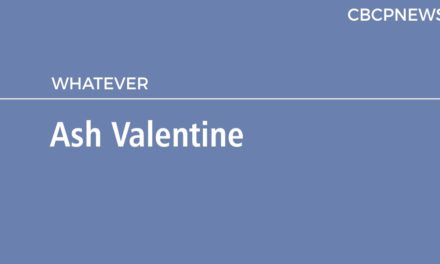 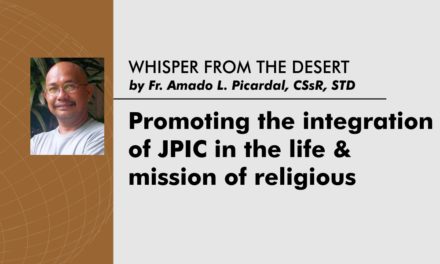