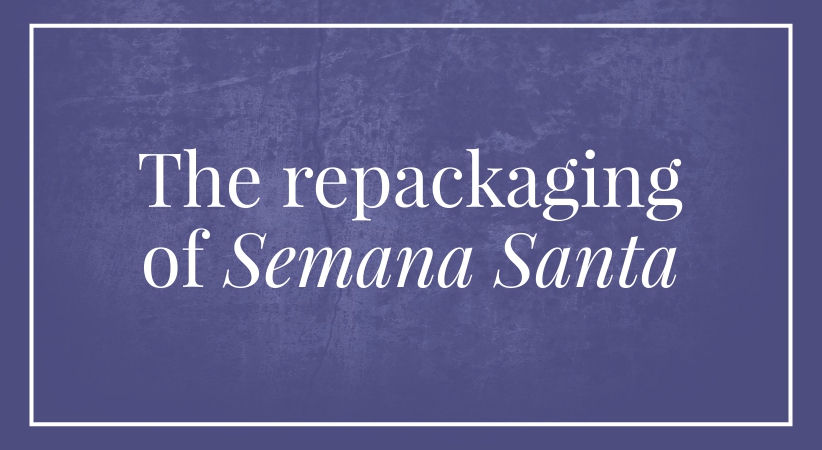 IN my childhood days millennia ago, Semana Santa was somber. Restraint was the norm. Laughter merited a severe tongue-lashing from elders who assigned themselves the task of guardians of the sacred days. Hanging out with friends in abandon could mean only one thing: somehow, you traced your lineage to Pontius Pilate, Caiaphas, Annas or perhaps even Judas, if he managed to establish a lineage before he hanged himself. When one stirred from the house, there was only one legitimate destination: church–and church services were very long. The Office of the Tenebrae, for one, meant that a psalm, chanted in Latin, accompanied the extinguishing of each candle of the many-armed candle-stand. Tenebra–darkness, until all was dark.

St. John puts that very beautifully, if laconically, in his Gospel, saying that after Judas had been dismissed from the Upper Room, “erat nox”…It was night. The chanting of the Passion of the Lord also took considerable time–especially on Good Friday when three priests (unless there were three deacons) would chant the lengthy narrative according to John — and because not every priest can carry a tune with dignity, many congregations had to bear with the warbling of some priests who would chant their lines two or three flats away from the assigned key!

But there was piety and devotion. There was of course much to watch because the rites of Maundy Thursday, Good Friday and the Easter Vigil are replete with symbolism, and popular devotion has added even more elements catering to the sentimental side of Filipino religiosity: taking the dead Jesus down from the Cross, and the Santo Entierro…the statue of the interred Jesus in a glass casket, and then the Salubong, the apocryphal but theologically defensible dramatization of the encounter between the Risen Jesus and his Mother! But there can be little doubt that most all took the discipline of Lent with utmost seriousness.

Food establishments, if they kept open, refrained from offering meat dishes. In fact, up to a few years ago, fastfood chains had “Holy Week Specials” that featured tuna concoctions. Processions were public demonstrations of faith, and the faithful joined them in penance for their sins and in solidarity with the suffering of Jesus. The estacion general de la cruz involved the whole town reciting the stations of the cross. Not too long ago, I asked my friend, Monsignor Gary Formoso, presently pastor of Bantay, Ilocos Sur–and he told me that the practice of the estacion general was alive and well in Bantay! In my own parish, the Cathedral Parish of Tuguegarao, Fr. Gerry Perez has rallied parish benefactors to donate the statutes for Holy Week…and the response has been nothing short of enthusiastic.

But Holy Week has been repackaged. When you advertise Holy Week in a travel brochure or in a tourist guide, you have made of it a spectacle, something akin to a theatrical presentation–to which Holy Week easily lends itself. The disposition of one who goes to Vigan, for one, or to Seville in Spain to “watch” the Holy Week Rites is that of an outsider. It is the detached, if bemused, posture of an observer. And the more gaudily the carrozas are festooned to make them attractive sites for tourists, the more gory the acts of penance of the flagelantes, the less penance there really is, as they in are in fact putting on a show. And while there can be no doubt that Filipinos who ask to be nailed to crosses on Good Friday may have been initially moved to do so in repentance for sins, despite the frowns of church authorities, there is equally no doubt that some go through the exercise for the sake of tourists whose hunger for the outlandish and the weird is sated “only in the Philippines”!

So it is that when the spirit of penance and piety and the dispositions of faith and devotion give way to catering to tourists’ fancy, all you have left is a “shell” of Semana Santa, a simulacrum of what it once as and should be. In the end, even the tourist is short-changed, for Semana Santa that is merely the enacting of scripted parts–whether the script be by sentimental playwright or the script of the Church’s liturgy, can be staged by any group of act–probably even a band of atheists. And it is a temptation difficult but not impossible to resist. When the devout give a whole morning to adorning the Altar of Repose that is used on Maundy Thursday, when those who play the role of apostles are moved to loathing for their sins as they take part in the ritual of the washing of the feet, when someone kneels in genuine remembrance of the death of the Lord, as the words are uttered: “And he gave up his spirit”, Semana Santa is alive and thriving. But it was Esau’s tragic mistake to trade his birthright for a pot of stew…and I pray that we do not trade our own for the coins tourists throw our way! 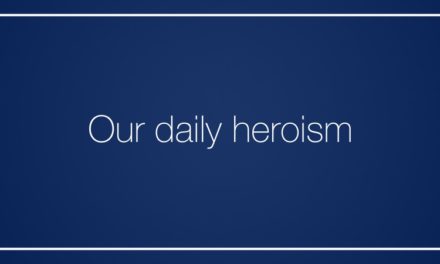 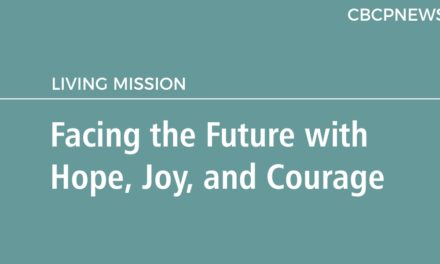 Facing the Future with Hope, Joy, and Courage 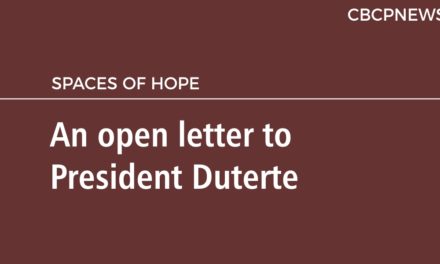