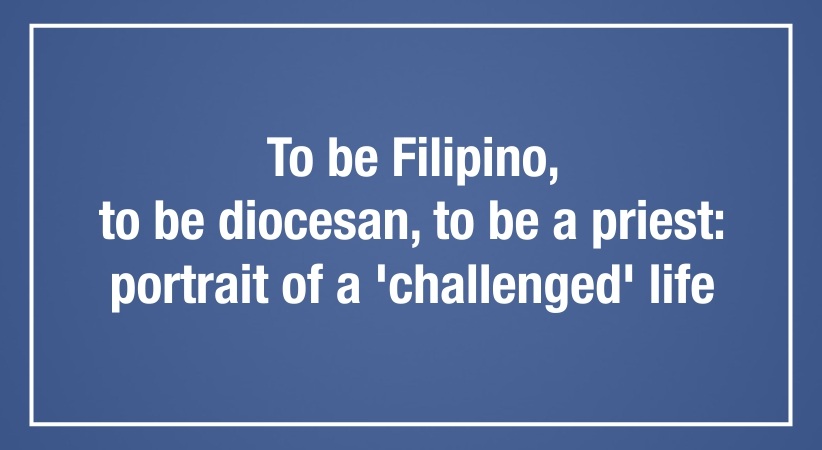 FILIPINO diocesan priests are often seen from what they ought to be: that is, from magisterial, Scriptural, theological or other official pronouncements. Of course, these are part and parcel of the truth that defines who they are.
But, as St. Bernard of Clairevaux reminds us, the “priest by nature is like all other men” although “by dignity he surpasses every other man on earth”. (I truly feel uneasy about this last, given Vatican II’s and PCP II’s emphasis on the equal dignity of Christians despite diversity in charisms or function).

Karl Rahner puts it more closely to the ground: “The priest is not an angel sent from heaven. He is a man, a member of the Church, a Christian. Remaining man and Christian, he begins to speak to you the word of God…because God has told him to proclaim God’s word..” That is to say, the sacrament of Holy Orders has not transformed priests into God. They have remained human, though bearing on themselves a divine imprint and mission.

As a Filipino, diocesan priest I see some aspects of that unique human enfleshment of the ministerial priesthood in our local priests. My views may not necessarily be the reader’s. Nor are my words the last.

Every Filipino diocesan priest, certainly their religious counterparts too, are multi-cultural. He has a native tongue and culture—in my case, Waray and Eastern Samarnon. But ordinarily he can easily blend with Tagalog, (American) English, Cebuano, Bicolano, Ilocano or other languages and cultures of his country. Ostensibly it is an enriching reality. Without a shred of doubt, it is. But it is also an ever present pretext for division. The challenge for the diocesan Filipino priest is to always sharpen both his God-given and acquired charism of integrating the many different cultures of the people he calls his own and minister to. The presence of national seminaries is a help in this regard as well as events or acts that encourage communion among Filipino seminarians and Filipino clergy, as in the 2010 national retreat-congress. Understandably holding similar events regularly could be logistically nightmarish for organizers. But there are always ways to deal with such difficulties, if the communion of the clergy is seen as a greater value than the usual logistical status-quo.

Priests admit it too in earnest, especially non-judgmental settings. They too experience the Pauline dichotomy: “For I do not do the good that I want to do but the evil that I do not want to do. But if I am doing what I am unwilling to do, it is no longer I who am doing it but the sin that lives within me” (Rom 7:19-20). The presence of sin in the life of the Filipino diocesan (and religious) priest (and other consecrated persons) should not be glossed over nor explained away. We see it clearly when a number from their ranks fail to live up to chastity-celibacy, poverty, obedience, or are deep in different types of addiction to sex, alcohol etc., coupled with a host of other indicators, such as arrogance, dishonesty, abuse of power and authority, lack of charity and compassion for the poor, excessive concern for money and worldly lifestyles.

On the other hand, the lay brethren should not be too quick to render judgment. After all, as PCP II points out: “The ordained priest does not stand outside the Christian community” (PCP II 510). He is from the community as its child, as its by-product. He has the community’s virtues. He can also showcase the community’s sins. Rather than give in to the pre-Christian instinct to throw stones at fellow sinners, the failures and dark dichotomies of priests and religious are an invitation to a serious communal self-examination of the Filipino local and national Christian communities, aimed at an equally serious renewal program that touches on all human aspects of that community itself, together with those of ‘their’ priests’ and religious’ life and ministry.

He is the “LODI (idol)” [in Pinoy millenials’ lingo] type of priest. He has people’s admiration and adulation for his talents (excellent communication skills evidenced by well-appreciated homilies, talks and addresses, singing and comedic abilities etc.), advocacies (he is often at the forefront when moral-spiritual values, human life or human rights are under attack for which he will join rallies, run, walk, bike or organize media blitzes, crusades and the like). When and where ‘idol’ men of the cloth (this includes bishops too) truly embody priests as Word-proclaimers and shepherds, they are living jewels of the Church and the kingdom.

But they should not fall under the illusion that all is well because they champion the social consequences of the Good News. They also need to be more in touch with the contemplative side of the priestly ministry. Like John the Baptist they need to balance their immersion in the noise of the public arena with the silent desert of prayer and penance. Further, they need to heed the fact that there are other brothers who run in the same race with them. They do not need to walk or run alone or feel that they do. In the face of the crowds before them, they do not need their human approval for the choices that they have made out of the consequences of faith and the demands of the priestly ministry. Idols point to the Master, not themselves.

In the history of the Filipino hierarchy we do not lack for bishops and priests who hog the headlines for the wrong reasons. And what for? Diverse things, such as being caught with, or maintaining, mistresses and/ or male partners, engaging in sex with minors or prostitutes. The media or gossips feast on them in an almost similar fashion, that is, like hogs being roasted in the proverbial fire. Perhaps behind it is still the underlying desire to hit back at an institution that has perceptibly caused a lot of suffering and abuse on the masses during the Spanish era or even in the here and now.

The scandal-makers often get the most attention and do the most damage. The Church has no other weapon against this reality than the humble acknowledgement of our collective, that is, the hierarchy’s (sometimes also the laity’s) sins and failures. By becoming less arrogant in expressing our repentance, we could begin real damage control efforts that do not sacrifice the Gospel at the altar of human bloodlust. And it may do better than being glibly defensive.

This type of priest looks up to the “idol” types, are shaken like the lay faithful over their ‘scandal-maker’ brothers but prefer to quietly respond to the crisis. They do not want attention for themselves nor are they vehemently condemnatory of the scandal-makers as outsiders are. Perhaps aware of their own frailties, they know they are not blameless themselves to qualify to judge a fellow sinner, and wish people would come to the same realization. So they choose to silently grieve and do their own damage control in small groups or communities. Or, more commonly, they go on with the business of running their parishes, chaplaincies, shrines or assignments with a sense that they too could achieve heights of pastoral relevance or crash fall from grace. They know that only the same grace from the same Lord that they worship and serve can really save them. This, together with the prayers and support of their fellow priests and communities.

I have certainly not said the last word on this portrait. That is, except those of St. Norbert: “O priest, take care lest what was said to Christ on the cross be said to you: ‘He saved others, himself he cannot save’.” Indeed, the Savior did not save himself. But how blessed we are that He can (and wills to) save everybody else, including the priest. 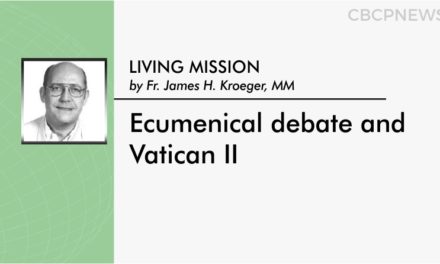 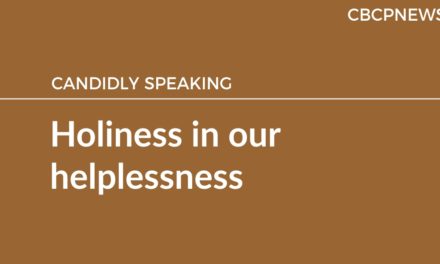 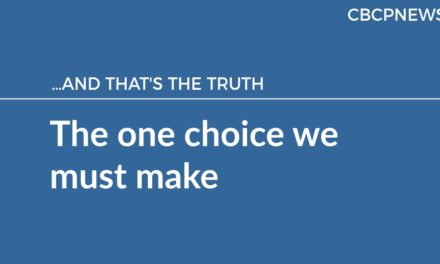 The one choice we must make