The Archdiocesan Shrine of Santo Niño de Tondo announced Wednesday that its image of Our Lady of Candelaria will be granted an episcopal coronation by Cardinal Jose Advincula of Manila.

In a decree dated Oct. 7, Advincula approved a petition for the episcopal coronation of the venerated Marian image.

Known formally as “Nuestra Señora de Candelaria y Purificación de Tondo”, historical records reveal that the veneration of the Marian title in Tondo dates back to the Spanish period during the pastoral administration of the Augustinian friars.

The parish’s Marian confraternity “Cofradia de la Purificación” was established in Tondo in 1789 and that it was approved by King Charles IV of Spain.

The oldest extant copy of the novena in honor of Our Lady of Candelaria was composed by Don Marian Lopez in 1835, thus proving that there is a historical basis to the cult of devotion.

Although the original image was destroyed during World War II, another one was commissioned by then curate Msgr. Jose Jovellanos that was blessed and formally enshrined on January 18, 1946.

Advincula also noted that the coronation is “a most fitting honor to the Mother of God as this Christian community celebrates with gratitude this unique devotion aimed to deepen and renew their faith in the Triune God.”

The shrine has yet to announce the date of the coronation rites. 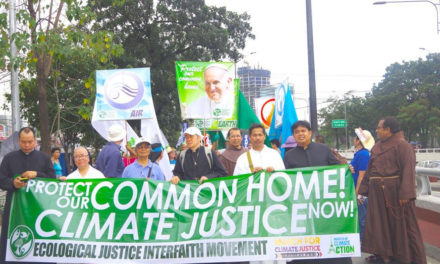