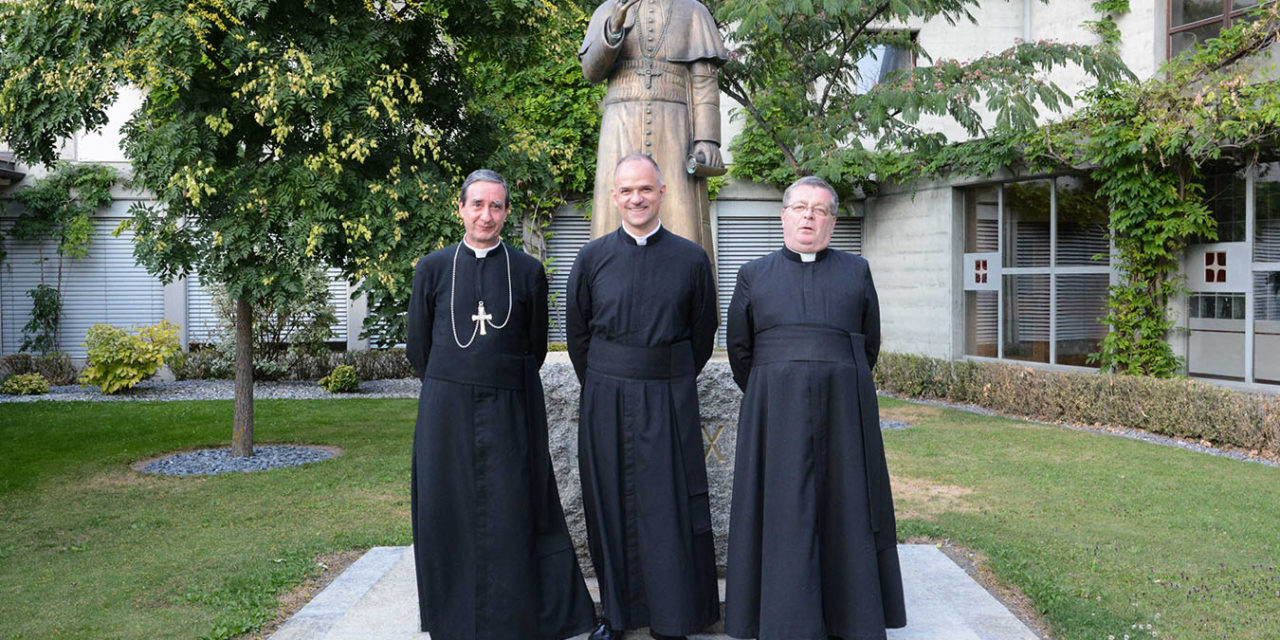 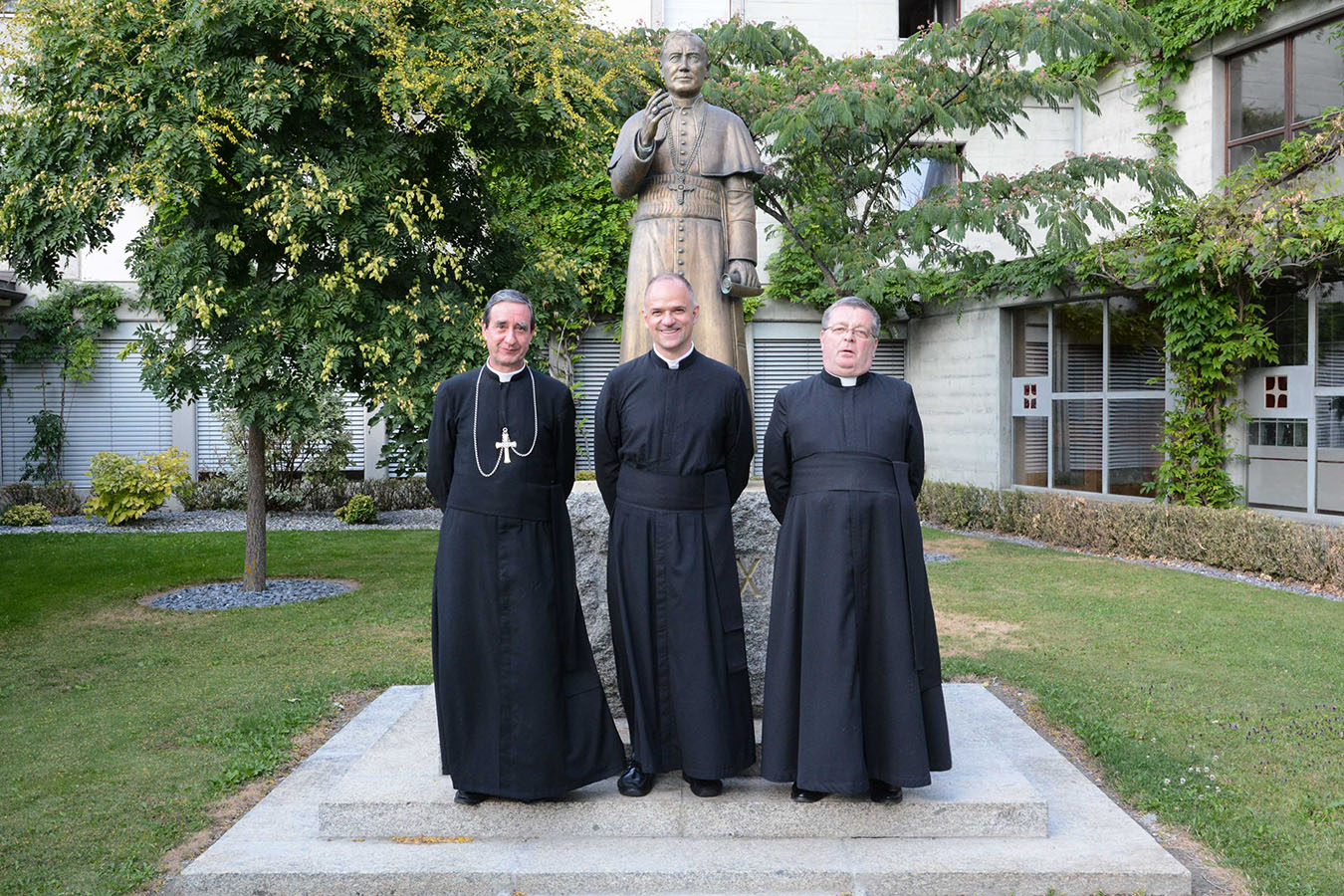 Father Davide Pagliarani, 47, center, was elected July 11 as the new superior general of the traditionalist Society of St. Pius X during the society’s general chapter in Econe, Switzerland. Father Pagliarani is pictured after his election with his assistants, Bishop Alfonso de la Galarreta, left, and Father Christian Bouchacourt. CNS/COURTESY OF FSSPX.NEW

VATICAN— The traditionalist Society of St. Pius X elected 47-year-old Father Davide Pagliarani, an Italian member of the society, as its superior general.

According to a statement released by the society July 11, Father Pagliarani was chosen to succeed Bishop Bernard Fellay “for a mandate of 12 years” by members of the society’s general chapter, which was meeting at the Seminary of St. Pius X in Econe, Switzerland.

“After accepting his office, the elected pronounced the profession of faith and took the anti-modernist oath at the seminary church,” the statement said.

The swearing of the oath by all “clergy, pastors, confessors, preachers, religious superiors and professors in philosophical-theological seminaries” was a requirement in the Catholic Church from 1910 to 1967.

Those who take the oath promise to uphold church doctrine and declare their opposition to “the error of the modernists who hold that there is nothing divine in sacred tradition,” according to the SSPX website.

Father Pagliarani was ordained a priest by Bishop Fellay in 1996 and served in Singapore before being named superior of the society’s in Italy. Since 2012, he has been rector of Our Lady Co-Redemptrix Seminary in La Reja, Argentina, the society said.

The Priestly Fraternity of St. Peter, a congregation that split with the SSPX and is in full communion with the Vatican, also elected a new superior in July.

Polish Father Andrzej Komorowski was elected to a six-year term during the fraternity’s general chapter July 9.

The Pontifical Commission Ecclesia Dei, which is responsible for the pastoral care of traditionalist Catholics and for the ongoing reconciliation talks with the Society of St. Pius X, “was immediately informed and responded with congratulations,” the fraternity said.

For decades, the Vatican and leaders of the Society of St. Pius X, founded by Archbishop Marcel Lefebvre, have been seeking a way to fully reintegrate the members of their society back into the life of the Catholic Church.

During the 2015-16 Year of Mercy, Pope Francis made special provisions to recognize as valid the absolution offered by SSPX priests through the sacrament of confession. After the Holy Year ended, the pope extended that provision “lest anyone ever be deprived of the sacramental sign of reconciliation through the church’s pardon.”

In April 2017, the pope continued pursuing initiatives aimed at a reconciliation with the SSPX by allowing their bishops to ensure the validity of marriages celebrated in the traditionalist communities.

Vatican talks with the society began under St. John Paul II and continued throughout the papacy of now-retired Pope Benedict XVI.

St. John Paul had excommunicated Bishop Fellay and other leaders of the society in 1988 when they were ordained without papal permission by Archbishop Lefebvre, who died in 1991. Pope Benedict lifted the excommunications in 2009, opening the way for more regular talks.

The talks have focused particularly on the teaching of the Second Vatican Council and especially its documents on religious liberty, ecumenism, liturgy and relations with other religions. 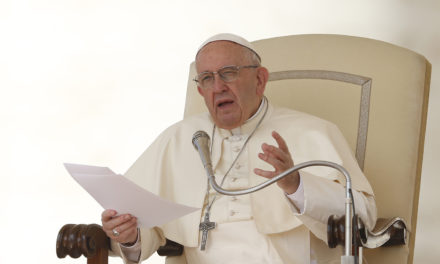 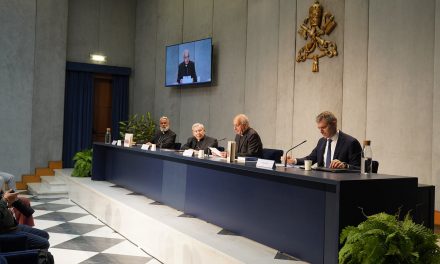 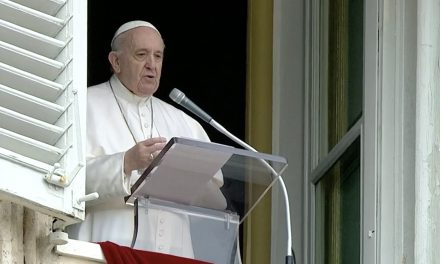 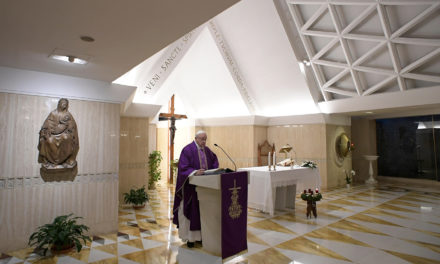