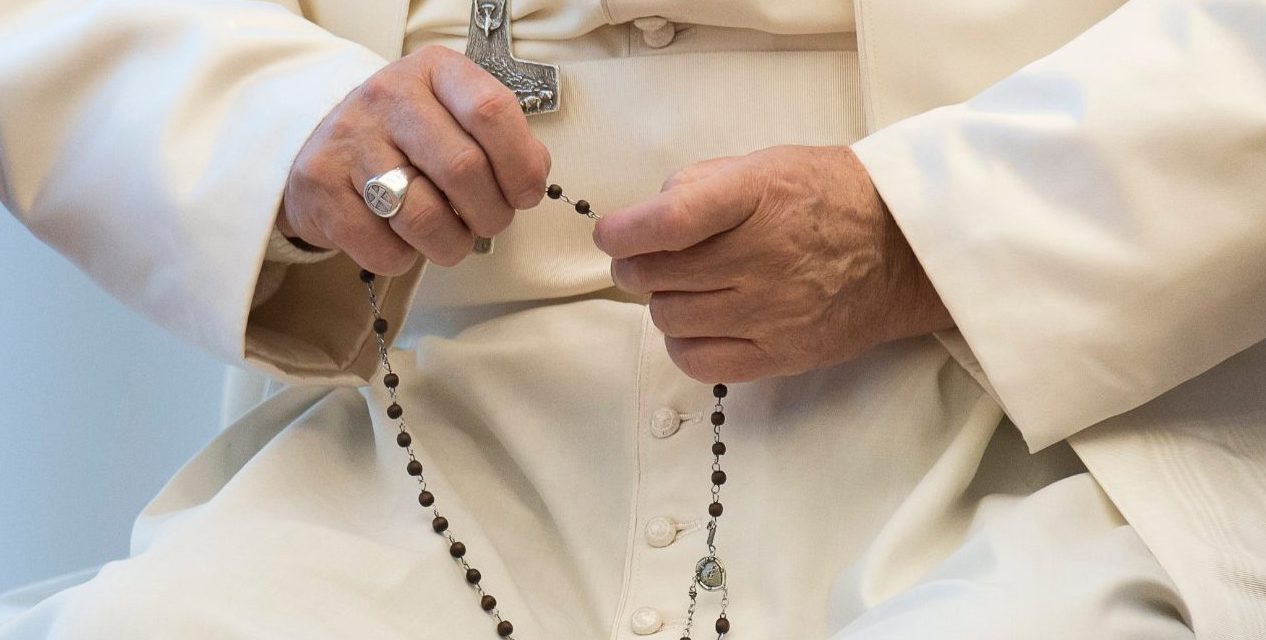 VATICAN— The Vatican has announced a rosary initiative dedicating the month of May to prayer for an end to the coronavirus pandemic.

The Pontifical Council for the Promotion of the New Evangelization said April 21 that “for the deep desire of the Holy Father, the month of May will be dedicated to a prayer marathon with the theme ‘Prayer to God went up incessantly from the whole Church.'”

The council said that the world’s Catholic shrines would be involved in a special way as promoters of the rosary among Catholic individuals, families, and communities.

Thirty of the shrines will take turns leading a daily live-streamed rosary at 12 p.m. Eastern time, the council said.

The Catholic Church dedicates the month of May to the Blessed Virgin Mary. Pope Francis will open the month of prayer on May 1, asking for Mary’s intercession.

Pope Francis spoke about the coronavirus and its economic effects in a video message to participants in the 27th Ibero-American Summit in Andorra April 21.

The COVID-19 pandemic “has demanded enormous sacrifices from each nation and its citizens,” he said. The crisis has called on “the entire international community to commit, united, with a spirit of responsibility and fraternity, to face the many challenges already in action, and those which will come.”

The pope said that he had prayed for the millions of people who have died from COVID-19 or who are suffering from the illness, as well as their families.

“The pandemic has made no distinctions and has hit people of all cultures, creeds, social and economic strata,” he said.

He emphasized the importance of considering anti-COVID vaccination as a “universal common good.”

He said: “In this area, initiatives that seek to create new forms of solidarity at the international level are particularly welcome, with mechanisms aimed at guaranteeing an equitable distribution of vaccines, not based on purely economic criteria, but taking into account the needs of all, especially those of the most vulnerable and needy.”

“It is urgent to consider a recovery model capable of generating new, more inclusive and sustainable solutions, aimed at the universal common good, fulfilling God’s promise for all men,” Pope Francis said.

He added that, in responding to the coronavirus, attention should be paid to reforming the international debt structure and allowing access to external financing to promote economic development “so that everyone can get out of the current situation with the best chance of recovery.”

“None of this will be possible without a strong political will that has the courage to decide to change things, mainly priorities, so that it is not the poor who pay the highest cost for these tragedies that are hitting our human family,” he said. 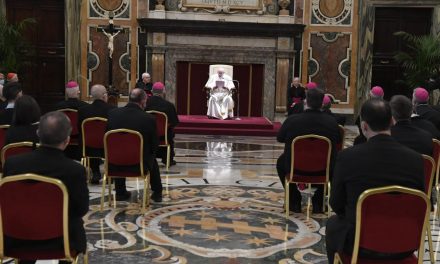 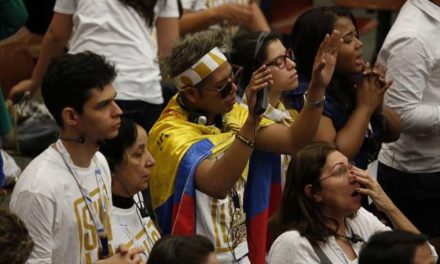 Pope tells youth to ‘break the mirror’ of narcissism, focus on others