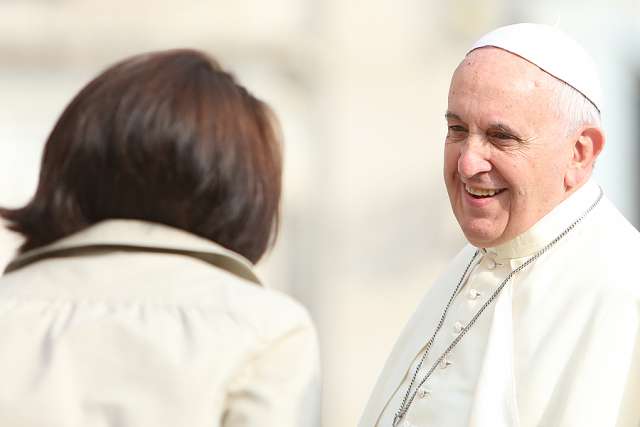 VATICAN– To mark International Women’s Day, the Vatican invited women from across the globe to discuss not only their work as peacemakers in a conflict-filled world, but their contributions to the Church as well.

This intuition is seen concretely in how women interact with their children, their families and the communities they are a part of, she said. This ability “is what makes them such incredible peacemakers and peacebuilders: that ability to step into the shoes of the other in compassion, and to actually listen.”

“You’ll notice that some women have this lovely presence that makes them very alive and very engaged and engaging,” which isn’t just the result of their intuition, but also of the five characteristics of what she called “feminine intelligence.”

A term coined by Elworthy and her organization, feminine intelligence, or, as she calls it, “FQ,” is something that represents the specific qualities that stand out in women, but that men can learn through observation and practice.

Defined by Elworthy, “feminine intelligence” first of all consists of compassion, as well as inclusivity, referring to the sense that “no one is left out.”

Another quality is nurturing, which means “looking after (and) caring for” people, she said. Finally, the characteristic that stands out for Elworthy as the most important is the ability to really listen to others.

“We all think we’re good listeners, but most of us are not,” she said, adding that “that’s the greatest gift we can give to another person, is to hear them, and it’s the fastest, most effective way to resolve conflicts.”

“To listen to the person we’re in conflict with, feed back to them what they’ve said, check if they’ve got it right, and then ask them to do the same with us” is one of the most secure ways to end misunderstandings and confrontations, she said.

Elworthy was one of four panelists at a March 6 press conference on the Vatican’s annual Voices of Faith (VoF) women’s conference, held every year on March 8 to coincide with International Women’s Day.

First held in 2014, the VoF conference was established in response to Pope Francis’ call to “broaden the space within the Church for a more incisive feminine presence.”

In her comments to CNA, Elsworthy, who is not Catholic but will be a panelist for a discussion on the topic of “Building Effective Leadership for Peace,” said the unique qualities women have at times risk of being lost in a society which, at various levels, often pushes them to be more like men.

“In corporate life, women are definitely expected to adopt a male, aggressive, competitive (attitude) and it doesn’t suit them, they get very stressed,” Elsworthy said, noting that “a lot of them are packing it in, they don’t like it.”

Politics is another field that can be “very harsh” for women, she said, explaining that women need to look for what she called a “deep inner power of the feminine,” but which is “not feminism.”

Instead, for Elsworthy this “feminine power” involves the five characteristics of her notion of feminine intelligence as well as “also the ability to self-inspect.”

This, she said, is where religion comes in, “because all the great religious traditions…demand that we spend time every day in silence.”

Also present at the news conference was Marguerite Barankitse, founder of the Maison Shalom foundation, which she established in response to the aftermath of the 1972 and 1993 genocides of both the Hutu and Tutsi tribes in Burundi as a means of ending the country’s cycle of violence.

In comments to journalists, Barankitse said that for her, even while the mass killings of Tutsis were taking place in 1993, being a Christian and going to Church “was more important than being Tutsi.”

She recounted that at one point during the genocide she had gone to the archbishop’s house in her village to seek refuge, thinking that because of Christianity’s emphasis on forgiveness, members of her parish community would be more balanced, but instead found that the people were filled with hatred.

After this experience and seeing the prejudice coursing through the country at the time, Barankitse said she decided to become teacher after genocide, because in doing so “I can teach children love and compassion.”

Barankitse said that some 60 percent of her family were killed by Hutus during the genocide, but that instead of retaliating, she wanted to establish the Shalom foundation in order to “create a new generation.”

Chantal Gotz, founder and organizer of VoF, also spoke at the news conference, telling journalists that part of the reason for establishing the organization, in addition to giving women a platform in the Church to highlight their contributions, was to break a somewhat negative image of the Church when it comes to women.

When VoF was founded, she said, a journalist had mentioned to her that while more space needed to be created for women in the Church, particularly when it comes to leadership roles, “we have no idea what Catholic women are doing in the Church.”

“The fact was also that four years ago, the image of the Catholic Church was always viewed in a quite negative way, nothing was highlighted on what is the Church doing in a positive way,” she said, adding that they are hoping to “bring new stories” to light showing what women already do.

Media is key in sharing these stories, she said, explaining that they hope to “highlight the positive, not just in Catholic press, but we also need secular press to spread the message of what women are doing and the great work that they’re already doing.”

Kerry Robinson, founding executive director and global ambassador of the Leadership Roundtable, was also present at the news conference. Founded in 2005 after the sex abuse crisis broke, the roundtable is made up of professionals from various fields and is dedicated to promoting best practices in the fields of management, finances and human resources in the Church.

In her comments to journalists, Robinson said she sees Pope Francis as “a reason to be hopeful” given his emphasis on mercy, the poor and his general closeness to people.

When it comes to women, she said one of the “signature motivations” for work of the roundtable is to ensure that their daughters and other young women have more of a voice and a stronger place in the future.

However, she said the push for women’s priestly ordination (which continues to be advocated for despite the fact that Pope Francis has already definitively closed the door) can be distracting from other initiatives that actually help women.

“The ordination question stops every other creative idea that could be implemented right away and nothing happens,” she said, explaining that “unless we bracket it,” none of the ideas for how to enhance the role of women in the present will be possible.

In her comments, Gotz said that finding ways to highlight the role of women and build them up within the Church is something that everyone should be responsible for, not just Pope Francis.

“We expect a lot from just from one person, from Pope Francis, and he was calling to all of us to bring in ideas of new initiatives,” she said, and pointed to VoF as an example.

The organization has not only enjoyed strong success, but also has the support of the Pope, she said, stressing that “we have to trust and we can support him in bringing in new ideas and not expecting that he has to change all of it by himself.”

Similarly, Barankitse said many wait for Pope Francis to act, “but what are the women doing?”

If we constantly wait for something to come “on a silver platter, we will never get it,” she said, adding that “it’s up to us women to support this extraordinary Pope, who is a blessing for our century, and we stand tall.”

But for Robinson, the discussion limited to just women, but involves the laity as a whole, including lay men, whose presence is also frequently missing from within the Vatican ranks.

She told journalists that as far as the Roundtable goes, it’s primarily a movement “to help the Church leaders, ordained and religious, avail themselves of the talent of laity, and that is very intentionally women and men.”

“That’s really our signature: to recognize that the talent and expertise of lay Catholics is an under-utilized resource that the Church can benefit from.”

In comments to CNA, Robinson said the “diversity” of having men and women work together “is a gift, and often we tend not to ensure that there’s true diversity at the tables of deliberation and decision-making.”

“Leadership Roundtable is about helping Church leaders avail themselves of the talent of laity, whether it’s laity who are CEO’s or captains of industry, or its emerging leaders like the talented young adults who are in colleges all over the world who love the Church and want to continue in a meaningful leadership way,” she said.

She stressed that “in no way would I want just women to be running things,” but instead it ought to be “our collective wisdom and experience that matters. It informs a better discussion and a better outcome.”

However, Robinson said she’s happy to see women “claiming their own” and stepping up in leadership roles in various sectors and professions, but noted that there’s still “a long way to go.”

Particularly in the Catholic Church, she said, opportunities need to be sought which ensure that “women and men together are seen as leaders, contributing to the discussion, being models of faith and excellence for younger generations.” 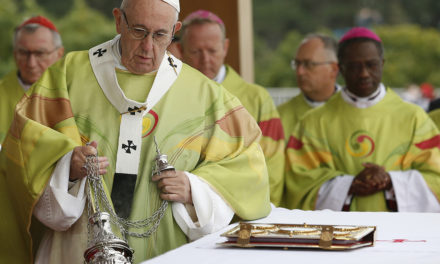 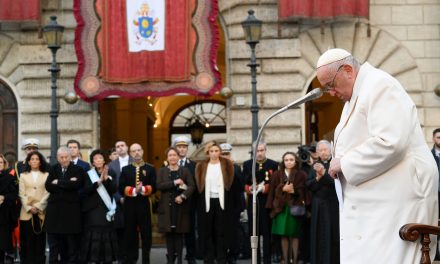 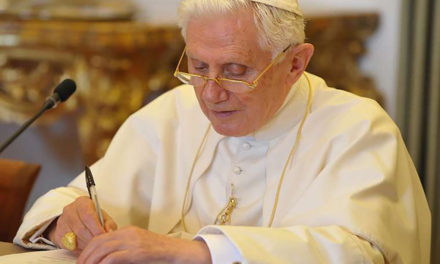