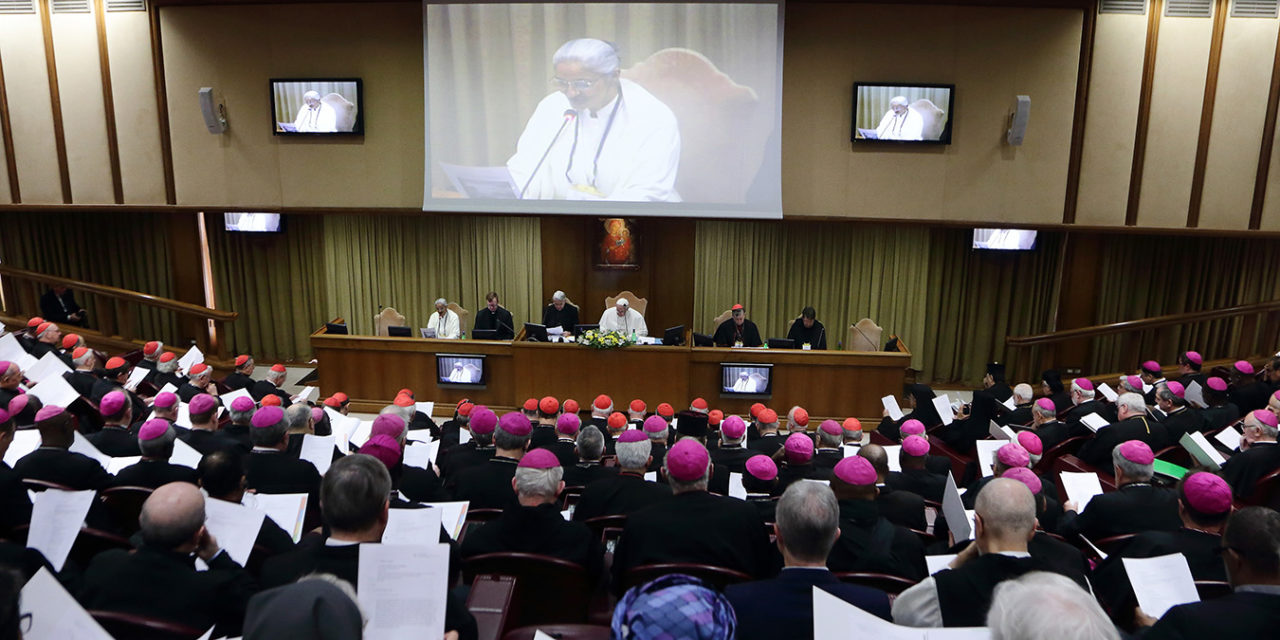 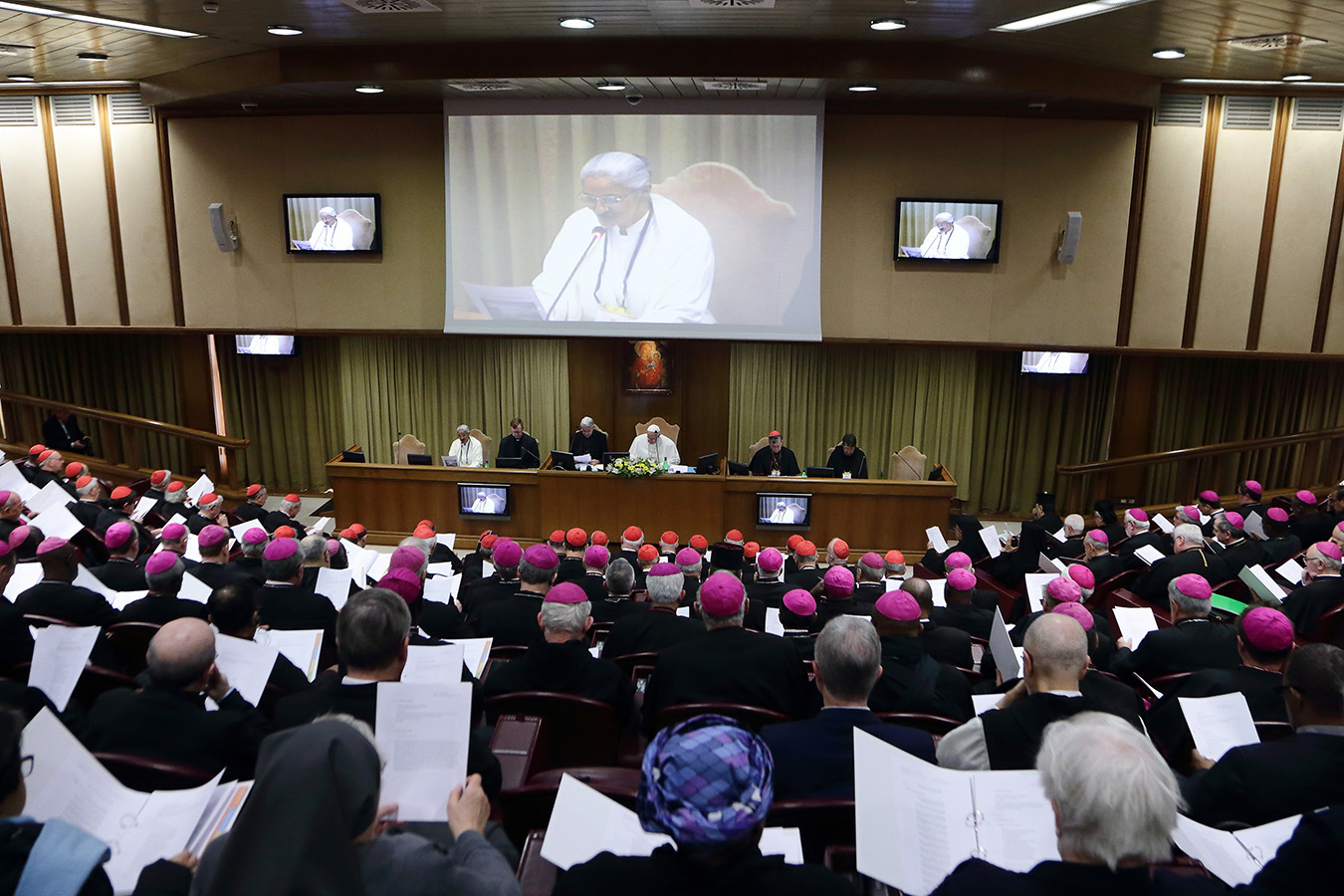 Pope Francis leads the opening session of the meeting on the protection of minors in the church at the Vatican Feb. 21, 2019. CNS/EVANDRO INETTI, POOL

VATICAN— Opening the Vatican summit on child protection and the clerical sexual abuse crisis, Pope Francis said, “The holy people of God are watching and are awaiting from us not simple, predictable condemnations, but concrete and effective measures” to stop abuse.

The summit meeting Feb. 21-24 brought together almost 190 church leaders: the presidents of national bishops’ conferences, the heads of the Eastern Catholic churches, superiors of some men’s and women’s religious orders and top Vatican officials.

In his brief opening remarks, the pope prayed that with “docility” to the Holy Spirit, the bishops at the summit would “listen to the cry of the little ones who ask for justice.”

The pope’s main address to the assembly was scheduled for Feb. 24 after the discussions, a penitential liturgy and a concluding Mass.

Cardinal Luis Antonio Tagle of Manila, Philippines, gave the first formal talk of the gathering, acknowledging how church leaders for so long ignored the suffering of the victims of clerical sexual abuse and covered up the evil crimes of the priest-perpetrators.

Sometimes, he said, bishops were simply afraid to look at the wounds caused by their priests, but he insisted that one cannot profess faith in Christ while ignoring the wounds inflicted on the people Jesus loves.

Using the Gospel stories of Jesus’ post-resurrection appearances to the disciples, especially the story of Jesus inviting St. Thomas to put his hands into the wounds on Jesus’ hands and side, Cardinal Tagle told the bishops, “Those who are sent to proclaim the core of our Christian faith — the dying and rising of Christ — can only do so with authenticity if they are constantly in touch with the wounds of humanity.”

The Christian faith itself and the ability of the Catholic Church to proclaim the Gospel is “what is at stake in this moment of crisis brought about by the abuse of children and our poor handling of these crimes,” the cardinal said.

But, he asked, “how do we as bishops, who have been part of the wounding, now promote healing?”

First, the cardinal said, the bishops must “draw close to their wounds and acknowledge our faults” and then take concrete steps to ensure all children and vulnerable adults are safe in the church’s care.

Justice for the victims is an absolute necessity, he said, but justice by itself “does not heal the broken human heart.”

The church can never ask victims to forgive and move on — “no, far from it,” the cardinal said.

But, knowing that forgiveness often aids healing, he said, church leaders must “continue to walk with those profoundly wounded by abuse, building trust, providing unconditional love and repeatedly asking forgiveness in the full recognition that we do not deserve that forgiveness in the order of justice, but can only receive it when it is bestowed as a gift and grace.” 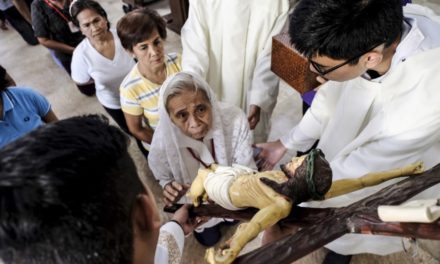 Good Friday Veneration of the Cross 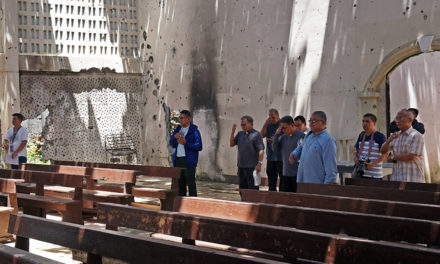