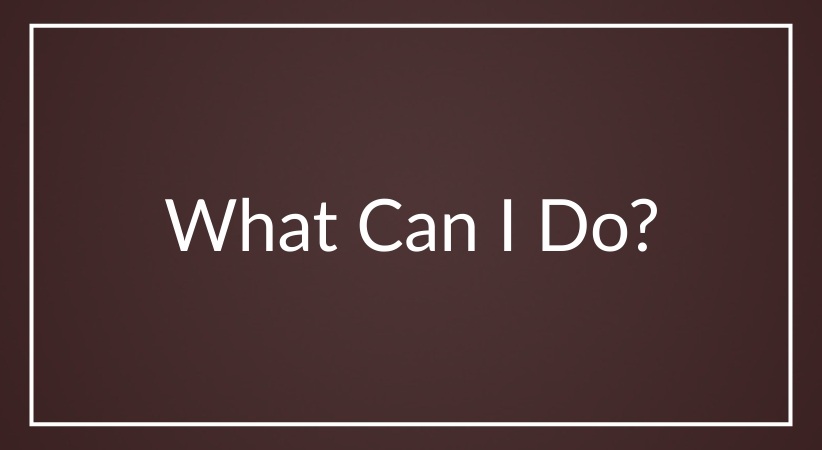 These words, followed by a slight shrug of the shoulders, have a familiar ring to them, especially to those who have worked closely with the late Cardinal Vidal. It was his favorite expression when facing a dilemma requiring difficult choices. Or, as they say, between a rock and a hard place.

Depending on the tone of voice and the expectation of the listeners, these words elicited various reactions, from acceptance of a given situation to, at times, disappointment from those who wanted him to wave the magic wand of ecclesiastical authority to solve problems or to impose solutions.

Fatalistic resignation could not have been the driving force behind these words. For a man who was wont to say—“What can I do?”—the late cardinal certainly achieved a lot. Much has been written about what he did, including his role as a man for peace during EDSA 1 and 2, as well as during the standoff at the Mactan Bridge in Cebu. The current Philippine president has a soft spot for him and even a preacher in Davao, who claims to be the son of god, asked for his blessing during a quiet visit to the cardinal not too long ago.

What then did his words really mean?

Cardinal Vidal shared anecdotes from the 1989 Synod on the Laity in Rome. He was appointed by Pope John Paul II to be president of the said gathering. He had to deliver his talks in Latin and to sit on the Pope’s throne. It always amused him to recall that his feet dangled when he sat. This was his vintage self—always on the lookout for opportunities for humorous self-deprecation.

“What can I do?”, then, was his admission of his human limitations. But there is still another side.

He recalled an insight shared by Joseph Cardinal Ratzinger during a visit by Filipino bishops. Someone had asked about the Church’s involvement in politics. The Cardinal explained the Latin roots of “subsidiarity”, i.e. “under the seat.” The Church, while respecting the autonomy of the State, has the mission of lifting up the government from below (“under the seat”), by providing a moral and spiritual orientation. Later on, Ratzinger, by then Pope Benedict XVI, wrote in his encyclical “God is Love” that the “Church cannot and must not take upon herself the political battle to bring about the most just society possible. She cannot and must not replace the State. Yet at the same time she cannot and must not remain on the sidelines in the fight for justice. She has to play her part through rational argument and … reawaken the spiritual energy without which justice, which always demands sacrifice, cannot prevail and prosper.”

Subsidiarity impelled the cardinal to provide pastoral accompaniment for leaders as well as emerging social advocacies. This gentle push from below was unobtrusive and did not call attention to itself; rather, to bring out the leader’s better self. “What can I do?”, then, was also a simple prayer seeking God’s inspiration to begin a discernment process. It implies respecting human freedom by making room for the other and not imposing one’s convictions on others.

I have had the privileged of witnessing this accompaniment at close quarters through the years.

In 1998, he authorized a translation project of the Bible from the original Biblical languages into Cebuano. This was proposed by a group of priests and a nun doing Biblical and missionary studies in Rome. 14 years later the To Euaggelion (“Ang Ebanghelyo”) came out. During his inspirational talk, Cardinal Vidal confessed that he had actually hesitated to give the go-signal to the group knowing how hard the project would be. But he did, not realizing that the translators themselves did not really know what they were getting into but persevered due to his presence.

In 2002, he launched Kamatuoran, Inc., a Church-based advocacy group against narco-politics. This was 14 years before Tokhang. The group raised awareness on the evils of illegal drugs and the dangers of the Philippines becoming the Colombia of Asia. He even gave the group a spacious office at the Church-owned Patria de Cebu. Kamatuoran became the seeds of “LaBang” (“Lahat Bangon”), a community-based recovery program for the local church of Cebu.

In 2004, the Cardinal and the then-Bishop Chito Tagle were speakers at the National Consultation for Good Governance held in Cebu. This laid the groundwork for a more creative engagement of the Church in politics that later gave birth to such networks as UBAS or Ugnayan ng Barangay at mga Simbahan. A year later, Cardinal Vidal made room for the VLS or Values and Leadership School in Cebu. The VLS was a holistic thirty-day training program for policemen given by Church volunteers. This was the precedent of the recently launched “Kaunting Pahinga” program of two local churches in Metro Manila.

The VLS was presented before the CBCP sometime in 2007 by its pair of servant-leaders. The bishops decided to create an ad hoc committee to liaison with proponents of the program. The first volunteer was the cardinal himself.

On Dec. 10 2008, His Eminence convened the Visayan bishops for a circle of discernment in Cebu. Twelve local ordinaries attended while 19 priests and lay people represented bishops who could not come. This was mainly in response to certain political realities and the call of Benedict XVI for “pastoral accompaniment” in his address to the Pontifical Council for the Laity on Nov. 15, 2008. This gathering resulted in a prayer for the 2010 elections and identified the contours of a “beyond-the-usual engagement” by the Church during elections.

In 2010, Cardinal was endorsing the “I Vote God” advocacy for the elections that promoted the LASER test. This was a deliberate and organized way of forming the individual and social consciences of voters.

More can be said.

Inspired by the 2008 Visayan bishops’ circle of discernment as well as other circles of discernment, the following is a definition of pastoral accompaniment:

Pastoral accompaniment is a refuge, sanctuary, or space where people come alongside in a journey together towards integrity for the common good.

It is a trust relationship growing in a journey of faith, hope, and love, a call to all the faithful, involving discipline and special skills.

Thank you, Cardinal Vidal, for embodying pastoral accompaniment. You have surely achieved a lot by just being present. 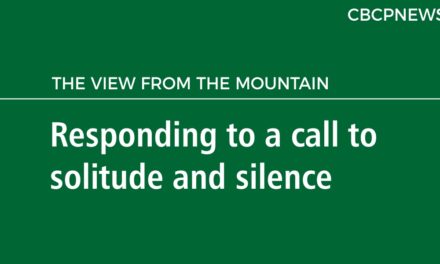 Responding to a call to solitude and silence