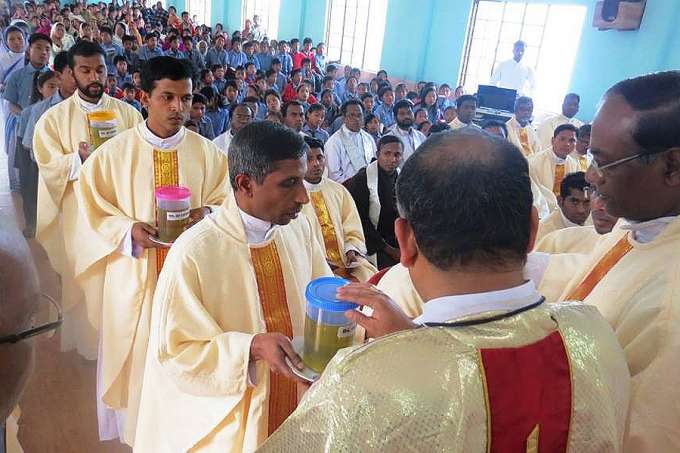 In the Diocese of Miao, located in India’s northeasternmost state of Arunachal Pradesh, Bishop George Pallipparambil does not stay quietly in his cathedral for Holy Week, but rather holds services across the diocese in an effort to better serve his people.

“What we’re trying to do is to reach to as many places as possible. I’m not confining myself to the main church in Miao,” the bishop told CNA in a 2015 interview. “I’ll be there only for the Easter Sunday Mass.”

The Miao diocese covers a vast area of nearly 17,000 square miles, and it is home to the easternmost portions of the Himalayas.

The terrain ranges “from the very low plains to the high snow-covered Himalayan peaks,” Bishop Pallipparambil explained. “Some of the biggest rivers in the world are in this region, coming down from the Himalayas flowing down to the plains.”

Mountainous terrain coupled with a lack of infrastructure explains why the diocese held its Chrism Mass entirely outside of Holy Week, that year on March 26.

The Chrism Mass is traditionally said on the morning of Holy Thursday, and it gathers all the priests of a diocese together with their bishop to emphasize their common ministry. The bishop blesses three kinds of oil – chrism, oil of the catechumens, and oil of the sick – which are distributed to the priests and used in sacramental anointings throughout the following year.

However, the Diocese of Miao has had to change this practice to adapt to its needs. The diocese was established in 2005, and Bishop Pallipparambil is its first ordinary.

“The first year we had [Chrism Mass] on Tuesday of Holy Week, and we found many of the priests could not reach back to their own places for Holy Thursday,” he explained. “So, we started in the last eight years to have the Chrism Mass in the previous week.”

Bishop Pallipparambil himself is sometimes beset by travel difficulties: in 2015, heavy rains had made the road to Kulagaon village extremely muddy, and on his way to Holy Week services there, he had to get out and push his jeep along with passersby.

Another adaptation: the Chrism Mass was not held in the cathedral at Miao, but rather in Minthong parish in the Longding district.

“It is one of the decisions we made when the diocese was created,” Bishop Pallipparambil said.

He explained that “having the Chrism Mass in the cathedral, at least for me, didn’t make sense,” because each year, the same people would attend and carry the holy oils back to the distant villages and parishes, where the local people “just don’t know what it is.”

“(W)hereas if the Chrism Mass is held in their place, they come to know because it is always done in their language, and so they know what it is. And when it’s time to have an anointing, whether it be for baptism or confirmation or another occasion, they know the sacredness of this oil.”

He added that “it brings all the priests and religious to pray together with the people the whole day before the Mass, so that also has a positive catechetical influence.”

That year, the Chrism Mass was the occasion for Bishop Pallipparambil to present the first translation of the entire New Testament into the Wancho language.

At the bishop’s request, Father TJ Francis spent three years working with Wancho leaders in preparing the translation, which will serve the 60,000 Wancho people who live in the Longding and Tirap districts.

Fr. Francis’ work “must inspire many of us to take up a similar responsibility to translate the Message of the Gospel to the language of the people we serve,” Bishop Pallipparambil said at the Mass. The Miao diocese is home to more than 100 distinct tribes, many of which have their own language.

Bishop Pallipparambil told CNA that the Wancho, of whom 95 percent are Christian, now have printed in their own language only the Bible and a few prayer and hymn books.

As the language had no written form, it also lacked its own script, the bishop noted, and Fr. Francis wrote the works with Latin letters. The priest has also produced a Wancho grammar.

Despite lacking access to written Scripture until now, many of the Wancho have converted “just by hearing and seeing” the Gospel.

“Some of their children in the ’80s and ’90s travelled outside their area and attended Christian schools, and when they got knowledge of Christianity they helped by teaching Bible in their own language,” he explained. The diocese also hold four to five-day Bible camps in which biblical stories and the catechism are explained.

Asked if the diocese hopes that the Old Testament will now be translated into Wancho, Bishop Pallipparambil affirmed “yes, we want to do it by all means at the earliest.” 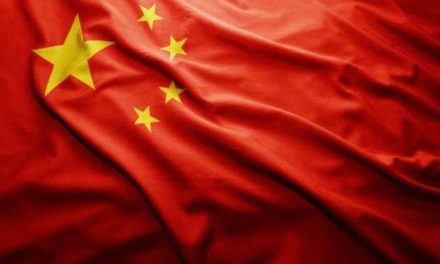 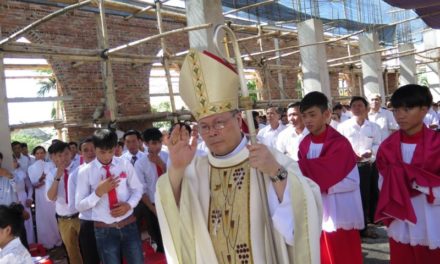