What to do when burdened by our present political situation? 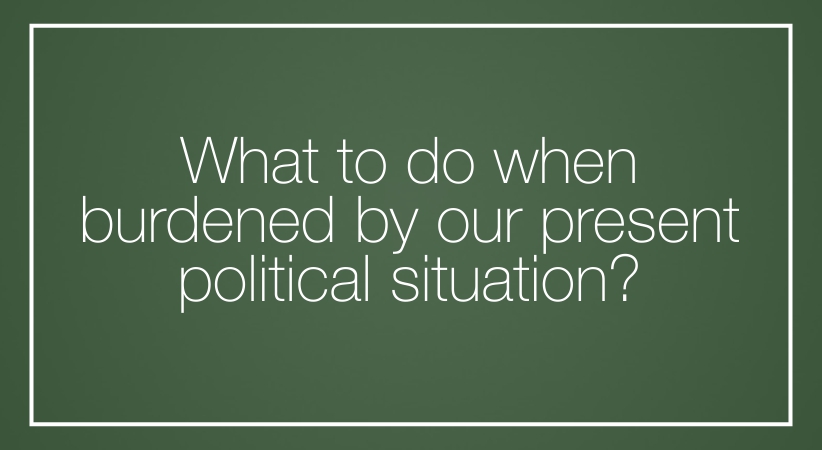 WE could significantly listen to Jesus’ words: Come to me who are heavenly burdened for I will give you rest for in one way or another, we want to be liberated from the heavy load. But how?

At the time of Jesus, the burdened poor people had options. They could follow the Pharisees in their meticulous observance of the law, in the hope that God would ultimately liberate them from all evil.

Some did join the social armed revolutionaries, not only to ease the burden of poverty, but also to get even with the rich. Others later on joined the revolutionary movement—which engulfed the whole nation of Israel in the end.

Today, too several choices present themselves. We could go to the street to denounce the various burdens that the government imposes which are contradictory to our moral beliefs: EJK, death Penalty, immunity, corruption and many others which are grounds for a conscientious objection or even civil disobedience. This is to make our voices heard though it is not enough.

While the other opposite side could also be very attractive: since one could not resist this evil, they could succumb to evil and can join as well with the corrupt and the greedy in a hopeless thinking that, after all, injustices and killings could do something good for the country. One could think that anyway perhaps the greater good might be attained through the necessary evil means like killings or death penalty.

To its extreme, as we have learned from the news, others participate in the materially rewarding occupation of banditry, hold ups or kidnapping, called tokhang for ransom.

Of course, the latter choices seem to be reasonable to the one who decides on the said paths, but definitely, these do not have basis in Christianity. Instead, the Gospel offers first of all, Jesus who lightens the load: “Come to me, all you who labor and are burdened, and I will give you rest” (Matt 11:28).

Jesus is the only one who can refresh us—not the meticulous observance of the law, not the politicians, not money, not rebellion, nor a thirst for blood since our country is hopelessly led into a deeper moral chaos. Jesus wants to tell us again: “come to me, those who are burdened, and I will give you rest.”

For one thing, He speaks about himself as a model: “he is meek and humble of heart” (Matt 11:29). He can understand our feelings and that of the poor, because he himself became poor, though he was rich (Phil 2:5-7). Poverty is also a form of helplessness. Many could be feeling helpless in today’s political, economic and even cultural or religious situation.

And for another, He is the Wisdom of God. Indeed, Matt 11:28-30 very much echoes the invitation of Wisdom: “Come aside to me, you untutored, and take up lodging in the house of instruction. How long will you be deprived of wisdom’s food, how long will you endure such bitter thirst?… Submit your neck to her yoke, that your mind may accept her teaching, for she is close to those who seek her, and the one who is in earnest finds her” (Sirach 51:23-26).

His yoke is neither too small that creates pain in our soul, nor large that it becomes heavy. The yoke that Jesus gives to each one of us fits our shoulders wither it is small or big.

He can invite us to take his yoke (Matt 11:29)—obedience to his word and his life, because it is he alone to whom the Father has revealed everything (Matt 11:27). There is no need to compare our yoke with the others since our yoke is specially tailored and made specially for us by our Lord depending in our capacity and on our national maturity as a Catholic nation.

Amidst problems that the nation faces, people who are supposed to be “in the know”—what with their expertise attached to their name; all chosen by the national leadership and even by the voting Filipino citizens, become like foolish clowns. They like to depend on their own wisdom, economic and political principles, pragmatic ones, which seem to offer ready and quick solutions, yet in doing so, they are leading our beloved country into a disaster.

But have their solutions given the people a better deal, with more than seven thousand deaths in seven months and creating more violence through a recommendation of death penalty to be a law, which foments more towards revenge but not rehabilitation? From a biblical point of view, God’s wisdom has been hidden from them (Matt 11:25), it it becomes foolishness and blindness.

Today more that ever, the Lord says to us: “Stand beside the earliest roads, ask the pathways of old, which is the way to good and walk it, thus you will find rest for your souls.” (Jer 6:16). Day by day, in the midst of this moral jungle in our midst, let us try to do what God wants from us and be patriotically involved in the transformation of our nation.

We have then to see our life with the eyes of God who is love and mercy, What is best is to see His will and try to place His commands in practice wherever we are. Or better still, we continue to love Him by what? By doing His will as a response to His immense love for us. In doing so, in humility, we will recognize God’s wisdom. Life becomes an adventure of doing His Will which is distinct in each one of us. It becomes something exciting in the midst of our burdens. We could have the light not to be passive but to actively involved in a non-violent way for real change.

If we do it moment by moment as something new to be offered as a gift to God, life will be beautiful if it is done in God’s will, always, immediately without waiting for a second, and if we do it with joy – we could transform evil into good rather than lament the present. “Come to me” yes, and we could rest in divine will and continue to give a hope to their others based on this love for God.

Together, taking Jesus’ yoke—which is easy and light— we will learn from his wisdom, which we could offer to others, our legislators, our national leadership and many other creative actions which God would invite us to participate actively.
Certainly, in the end, we will “find rest”(Matt 11:28) but it’s a rest with the awareness that we have done what we are supposed to do. We can be calm, peaceful, and share in God’s wisdom and will have to courage to change this dessert into beautiful gardens. 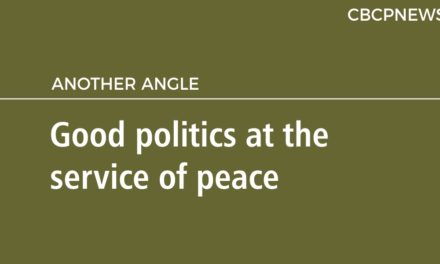 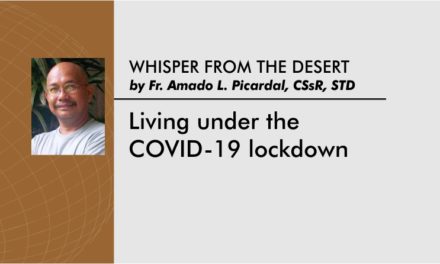 Living under the COVID-19 lockdown 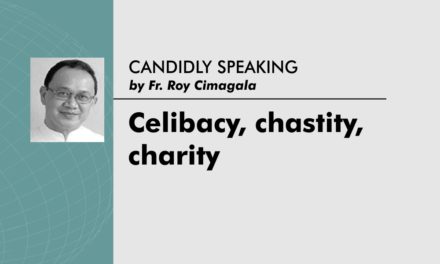 Where were you during EDSA I?