Where the Pope is coming from 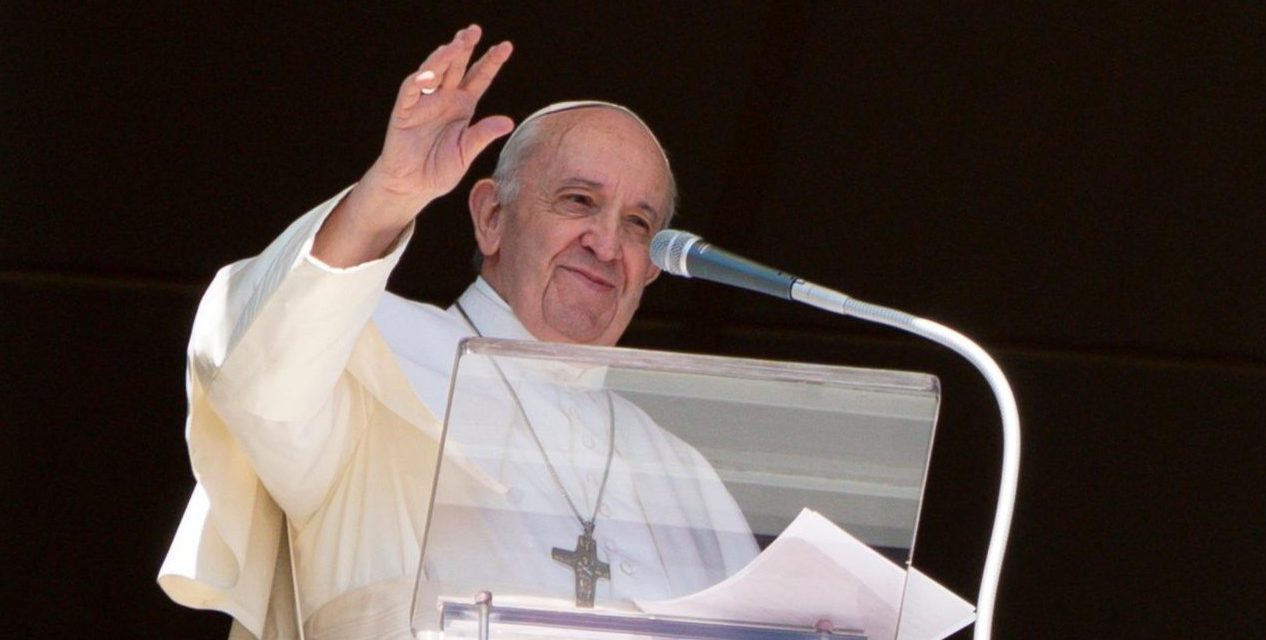 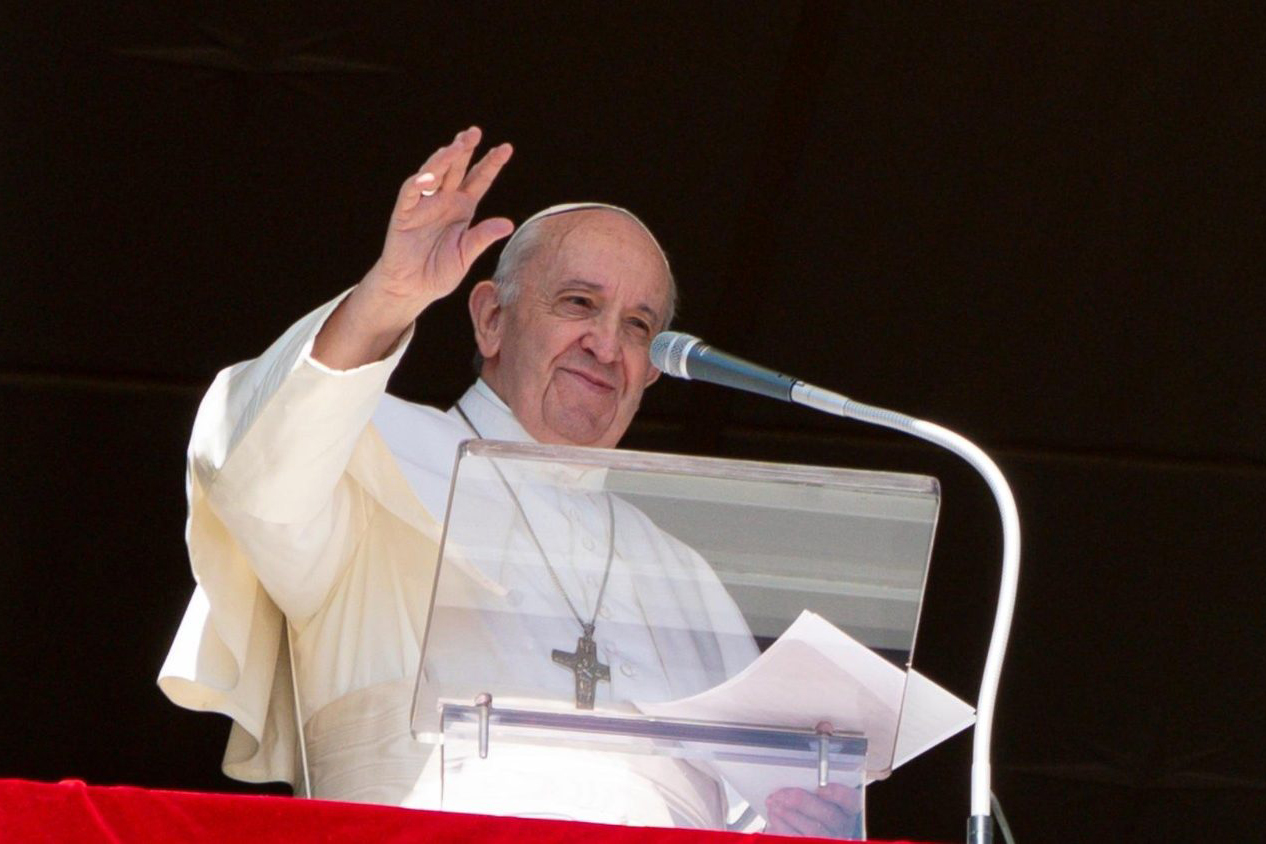 To our brothers and sisters in Christ, and to all people of good will:

A lot of people have sought clarification about the recent remarks Pope Francis had presumably made with regard to “civil unions”. Allow us to share some thoughts on the matter through the following reflection entitled, “Where Pope Francis is Coming From.”

The Pope speaks mainly as a shepherd who is willing to leave behind the ninety-nine (99) in search of the one lost sheep. Just because they stray doesn’t mean they don’t belong to the fold anymore. He is like a loving parent who just would not give up on any of his children. Just because they behave differently, or they live their lives in a manner that he does not approve of, does not mean they are not his children anymore.

This Pope has been consistent with the radicality of Jesus of Nazareth whom he calls the human face of the Merciful God. It is easier to save the good and the law-abiding; it is something else to choose to save even sinners and law-breakers with no other motive than the fact that they too are children of God and have been entrusted to his care.

In his own time, Jesus was misunderstood and judged by people because he associated with people of questionable reputation in Jewish society: the tax collectors, prostitutes, the lepers, the Roman soldiers, the rebels, the Samaritans, the people who were regarded as “sinners” in orthodox Jewish society.

What did he do? He did not avoid them. He also did not tell them that what they were doing was right. He did not openly approve of prostitution, or the use of violence to gain justice, or collaboration with the Roman government. He didn’t openly say he approved of the religion of the Samaritans or the politics of the Romans. He just treated them with the same kindness and compassion that he extended to any human being; and he was judged for it.

He refused to judge the woman who had been caught in adultery without saying that what she did was right. He just did not think that condemning people or judging them was right thing to do in order to work for their conversion.

He didn’t bring them to conversion by judging them, but by loving them, caring for them, being compassionate to them. He was never of the opinion that people who did bad things were to be treated as bad people. He hated the sin but continued to love the sinner.

He also did not approve of the manner in which the guardians of morality and orthodoxy in his time conducted themselves. He did not think building the kingdom of God was a matter of teaching people proper doctrine and morals. He did it rather by emptying himself, by immersing himself fully in the human condition.

He immersed himself in the human conditions of people, including sinners and deviants. Instead of pointing an accusing finger on them, he preferred to draw near to them, journey with them, listen to them, and break bread with them. Yes, even if doing so could mean he could get himself misunderstood, misjudged, ostracized and rejected.

Because he loved even sinners, he was willing to go down to hell for them. He looked at every human being as a fellow sufferer. He did not want to add to their burden. He struggled instead to know where they were coming from, why they were who they were, and why they did what they did.

This is how we understand what Pope Francis doing. He is not out to destroy our morals and orthodoxy. He just wants to do as Jesus himself did. He valued being kind and compassionate more than being right and righteous.

When he read the letter of the man who was raising three children with his homosexual partner, and who expressed his longing to be part of a parish community but was afraid because he knew his kind of life was not approved of in the Church, Pope Francis said, “Go and join the parish anyway.”

He did not say “Follow the Church laws first before you join the parish community.” And yet he did not tell him outright that he approved of his homosexual relationship and his effort to come up with a semblance of family by adopting three children and trying to raise them into decent human beings.

Pope Francis is being consistent with his motto, MISERANDO ATQUE ELIGENDO, “wretched but chosen.” If God could choose a wretched person such as he, why not these people as well? If God does not judge us even when we do stupid things, why will we judge these people? If He who knows them better does not judge them, WHO AM I TO JUDGE?

He is aware of the extent of the bullying, rejection, and exclusion that many homosexuals normally go through. He personally knew because he had dared to extend pastoral care to people like them when he was the archbishop of Buenos Aires. When the move to legalize same-sex marriage became very popular in Argentina, despite his sympathy for homosexuals, he stood his ground. Later he would look back and say in an interview with the French sociologist, Dominique Wolton on April 23, 2018:

“What to think of marriage of persons of the same sex? The word ‘marriage’ is a historical word. Ever since, in humanity and not only in the Church, it has always been between a man and a woman. One cannot change that; it is the nature of things. This is how they are.” And so he suggests, “Let’s call them ‘civil unions.’ Let’s not play with the truth.”

Take note he is saying this as a pastor, without compromising anything about the Church’s understanding of marriage and family. It is just that he consistently refuses to reject those who are unable to enter into marriage and build family because of circumstances in their lives.

For this reason, Pope Francis recently wrote the following reminder in his encyclical, Fratelli Tutti: “Today we have a great opportunity to express our innate sense of fraternity, to be Good Samaritans who bear the pain of other people’s troubles rather than fomenting greater hatred and resentment. Like the chance traveller in the parable, we need only have a pure and simple desire to be a people, a community, constant and tireless in the effort to include, integrate and lift up the fallen.” (FT #77) 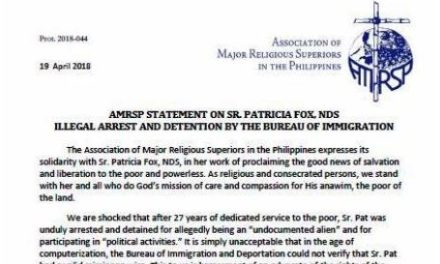 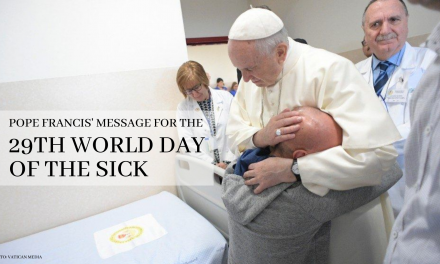 Pope Francis’ message for the 29th World Day of the Sick 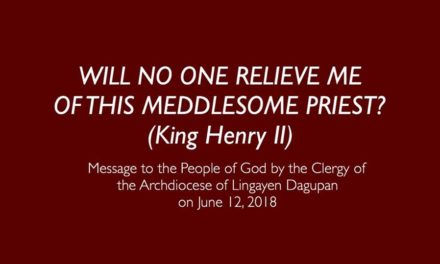