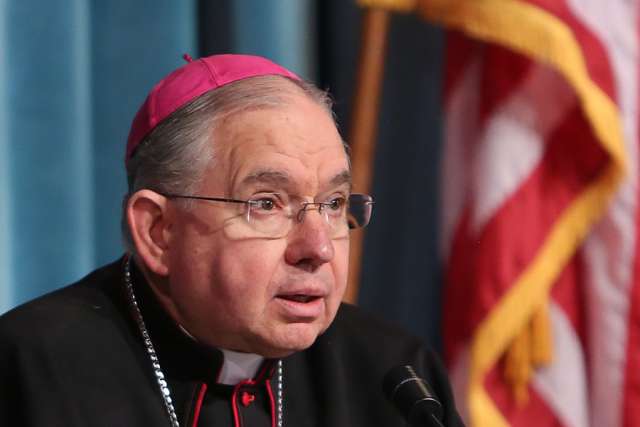 Archbishop Jose Gomez of Los Angeles speaking at the NAC, May 2, 2015. Daniel Ibanez/CNA.

Santa Rosa, Calif., – The impact of Our Lady of Guadalupe on the Americas should encourage Christians in the U.S. to continue to evangelize, even when their country seems headed in the wrong direction, Archbishop Jose Gomez of Los Angeles has said.

“In God’s plan, this is one continent. It is meant to begin new civilization. A new world of faith,” he reflected.

“Our Lady did not appear only for the Mexican people. Her intentions were continental and universal,” the archbishop said. He cited the account based on St. Juan Diego’s testimony, in which Mary described herself as “truly your compassionate Mother; your Mother and the Mother to all who dwell in this land and to all other nations and peoples.”

The impact of Our Lady of Guadalupe was immense, he added. Within just a few years of the Marian apparition, millions had been baptized, and missionary efforts like St. Junipero Serra’s fanned out from Mexico.

“A great wave of holiness swept through the continents — raising up saints and heroes of the faith in every country,” Archbishop Gomez said.

He spoke at the Napa Institute Summer Conference in Napa, Calif., about 40 miles southeast of Santa Rosa. The conference aims to consider challenges facing Catholic leaders in contemporary America

“My simple point today is that each one of us is a part of that story — part of the great mission to America that began with the visitation of the Virgin of Guadalupe,” the archbishop continued.

“The Church in this country — and every one of us — has the responsibility to continue the task that the Virgin gave to St. Juan Diego. To ‘build a shrine’ with our lives. To build a society that glorifies God and is worthy of the dignity of the human person,” he said.

For the archbishop, Our Lady of Guadalupe can reach a “post-Christian” society and provides “a way to think about our Christian lives and mission in the years ahead.”

Recognizing a common “sense of urgency” about the direction of the country, he suggested, “it is like we all woke up to discover that American society is being progressively ‘de-Christianized’.”

For Archbishop Gomez, American institutions and national self-identity were meant to be shaped by “the vision and values of the gospel.” America promised a commitment to human dignity and freedom under the Creator.

At the same time, he granted, “there are too many ways our nation has never lived up to Christian values.” He named slavery, the mistreatment of native peoples, and ongoing injustices such as racism and abortion.

Even with past influence of Christianity, “all that is changing right now.”

“We face an aggressive, organized agenda by elite groups who want to eliminate the influence of Christianity from our society,” Archbishop Gomez said, noting that Christian beliefs are being labeled as hatred or intolerance. He pointed to lawsuits against Church institutions which believe what Christ taught and which do not want to cooperate with “practices we find immoral or dehumanizing.”

“My friends, we do not have the luxury to choose the times we live in. These are hard times. There is no denying it,” he said. “But the saints remind us that all times in the Church are dangerous times.”

The archbishop said Christians must ask these questions: “how does God want us to shape our times? What is the path that Jesus Christ would have us follow in this moment in our nation’s history?”

“We need to follow the path that the Virgin sets before us — the path of building a new civilization of love and truth in the Americas,” he said.

Archbishop Gomez reflected on several themes from the story of Guadalupe: vocation, education, life, culture and family. These themes suggest a strategy for Christian living

Just as Our Lady of Guadalupe asked Juan Diego to build a shrine “to show, praise and testify to God” where people could find God’s love, compassion, help and salvation, God is calling Christians “to ‘build a shrine’ with our lives,” the archbishop said.

“Through our work and the way we live. God is calling us to bear witness to his salvation, to the difference that Jesus Christ makes in our lives,” Archbishop Gomez continued. “He is calling us to show his love and compassion to our brothers and sisters.”

St. Juan Diego had objected to the Virgin Mary that he was not strong enough or holy enough to do what she wanted.

Her response was: “Understand that I have many servants and messengers who I could send to deliver my message and do my will. But it is absolutely necessary that you yourself go.”

The Los Angeles archbishop exhorted his audience to evangelize: “We are here to share this beautiful treasure of our relationship with the living God — who became a man for us, who gave his life to save us and to make us into a new humanity. Who is living with us now and walking with us as our Friend.” 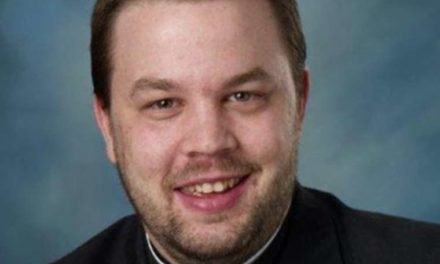 The priest who started #CelibacyMatters 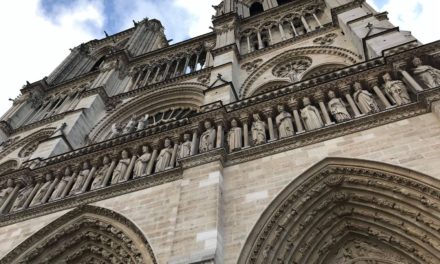 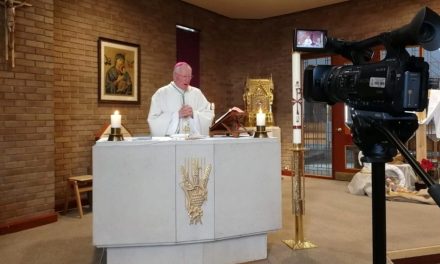