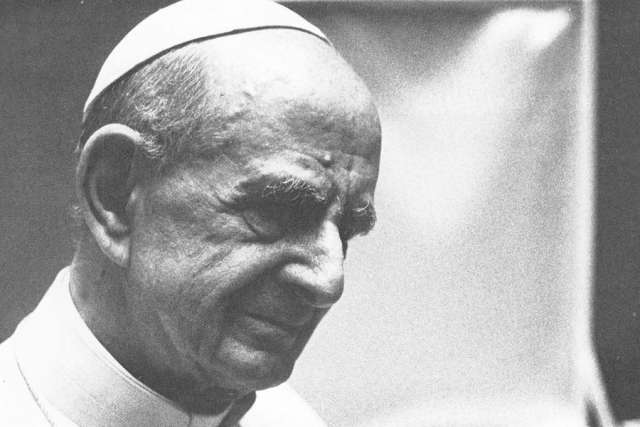 VATICAN— As its 50th anniversary approaches, the story of how Blessed Pope Paul VI arrived at the final text of “Humanae Vitae” will be a main focus of discussion.

Paul VI issued his encyclical in 1968, after a commission of theologians and experts spent four years meeting to study in-depth whether the Church could be open to the contraceptive pill or other artificial forms of birth control.

In his encyclical, Pope Paul VI reaffirmed that sexual relations cannot be detached from fecundity. The event was a watershed moment in the Church.

A study group from the Rome-based John Paul II Institute for Marriage and Family aims to produce a paper on the development of the encyclical. The group is led by cultural anthropology professor Monsignor Gilfredo Marengo, who teaches at the institute.

Professor Marengo told Vatican Radio July 25 that the commission in the end “was not able to give Bl. Paul VI what he needed to draft the encyclical,” and so the Pope “had almost had to start again.”

He underscored that Bl. Paul VI’s work was made even more difficult by the fact that “public opinion in the Church was very much polarized, not only between in favor and in opposition to the contraceptive pill, but also among theologians, who presented the same polarized counter-position.”

While the discussion was still ongoing, a document favorable to Catholic approval of the birth control pill was published simultaneously in April 1967 in the French newspaper Le Monde, the English magazine The Tablet, and the American newspaper the National Catholic Reporter.

The report emphasized that 70 members of the Pontifical Commission were favorable to the pill, but in fact the document was “just one of the 12 reports presented to the Holy Father.” Those are the words of Bernardo Colombo, a professor of demographics and a member of the commission, writing in the March 2003 issue of “Teologia,” the journal of the theological faculty of Milan and Northern Italy.

When Paul VI published Humanae Vitae, public opinion was thus already oriented against the Church’s principles which the pontiff reaffirmed, and the Church’s teaching was strongly targeted.

The professor’s first impression is that when the study group’s research is complete “it will be possible to set aside many partisan readings of the text” and will be easier to “grasp the intentions and worries that moved Paul VI to solve the issue the way he did.”

The story of the encyclical dates back to 1963, when St. John XXIII established the commission to study the topics of marriage, family, and regulation of birth.

Pope Paul VI later enlarged the commission’s membership from six to twelve people. Then he further increased its numbers to 75 members, plus a president, Cardinal Alfredo Ottaviani, head of the Congregation for the Doctrine of the Faith; and two deputies, Cardinals Julius Doepfner and John Heenan.

After the end of the works of the commission, Paul VI asked a restricted group of theologians to give further examination to the topic.

Pope Francis has shown great appreciation for Bl. Paul VI and for “Humanae Vitae” several times, such as in an interview March 5, 2014 with the Italian newspaper Il Corriere della Sera, ahead of two synods on the family.

Asked if the Church was going to take up again the theme of birth control, the Pope responded: that “all of this depends on how ‘Humanae Vitae’ is interpreted. Paul VI himself, at the end, recommended to confessors much mercy, and attention to concrete situations.”

The Pope added that Bl. Paul VI’s “genius” was “prophetic,” because the Pope “had the courage to place himself against the majority, defending the moral discipline, exercising a culture brake, opposing present and future neo-Malthusianism.”

“The question,” Pope Francis concluded, “is not that of changing the doctrine but of going deeper and making pastoral (ministry) take into account the situations and that which it is possible for people to do. Also of this we will speak in the path of the synod.”

Prof. Marengo told Vatican Radio that it would also be “very useful to piece together the path to the drafting of the encyclical, which developed in different phases from June 1966 to its publication on July, 25th 1968.”

He said the encyclical must be placed in the context of “everything important and fruitful the Church has said on marriage and family during these last 50 years.”

As in the lead-up to “Humanae Vitae,” there is misleading news coverage of the study group.

When the news of the study group first broke, it was described as a “pontifical commission” aimed at changing the teachings of “Humanae Vitae.”

Professor Marengo dismissed this as an “imaginative report” in a June interview with CNA. For his part, Archbishop Vincenzo Paglia, chancellor of the John Paul II Institute, confirmed that no pontifical commission had been appointed. He maintained that “we should look positively on all those initiatives, such as that of Professor Marengo of the John Paul II Institute, which aim at studying and deepening this document in view of the 50th anniversary of its publication.” 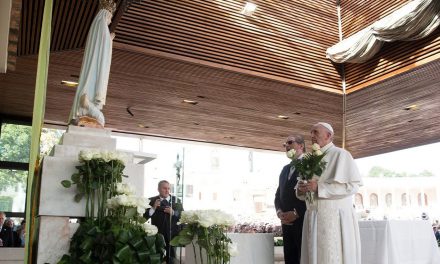 Pope Francis asks all Catholics to take part in consecration of Russia, Ukraine to Immaculate Heart of Mary