Will children with rosaries stop the killings? 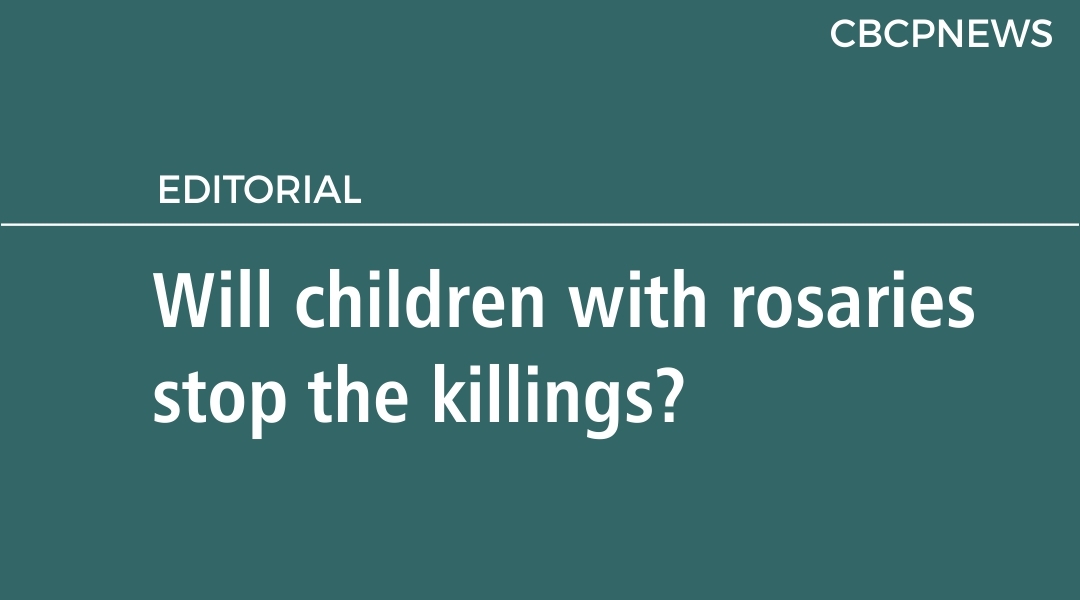 In the morning of October 18, thousands of Filipino children will join the global initiative of one million children praying the holy rosary.  These are children from 700 Catholic schools and 1,200 parishes from about 41 dioceses nationwide.

This prayer initiative is known as “One Million Children Praying the Rosary Campaign” which was started by a small group of children in Venezuela in 2005.   Since a couple of years back the pontifical foundation Aid to the Church in Need (ACN) has become the main promoter of this campaign which has become global. According to ACN, the aim of this prayer initiative is “to show that the trusting prayer of children can fly like an arrow straight to the heart of God and consequently has great power.”

In the Philippines, this initiative will have a very substantial twist.  Children who were left orphans by the Duterte government’s war on drugs will be joining in.  The hundreds or even thousands of them will presumably be storming the heavens with their rosaries for God to intervene and put a stop to the wanton killings.  According to media reports, over twenty thousand people have already been murdered over the last two years and there seem to be no end in sight to the killing spree.   The number of pitiful orphans is surging by the day which, by the looks of it, is feared to beget bigger problems than the drug menace the government is trying to solve—problems that will swell until the next generation.

Established civil and Church institutions seem to be helpless in the face of extra-judicial killings that occur daily in many areas of the country.  Now we have the children praying the rosary.   Saint Padre Pio was once quoted as saying, “When a million children pray the rosary, then the world will change.”  At the press conference to raise awareness of this prayer initiative, Kalookan Bishop Pablo David said, “The Lord listens to the Children and their prayers are very powerful.”  Bishop David, whose diocese has become a killing field, is very active in helping form support groups for widows and children left behind by fathers that were killed extra-judicially.

Believe it or not, God is not going to turn a deaf ear to these children who are brandishing holy rosaries. 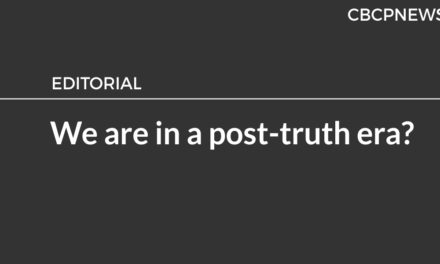 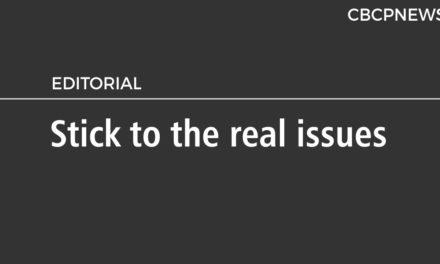 Stick to the real issues 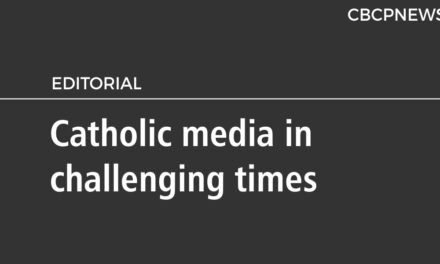