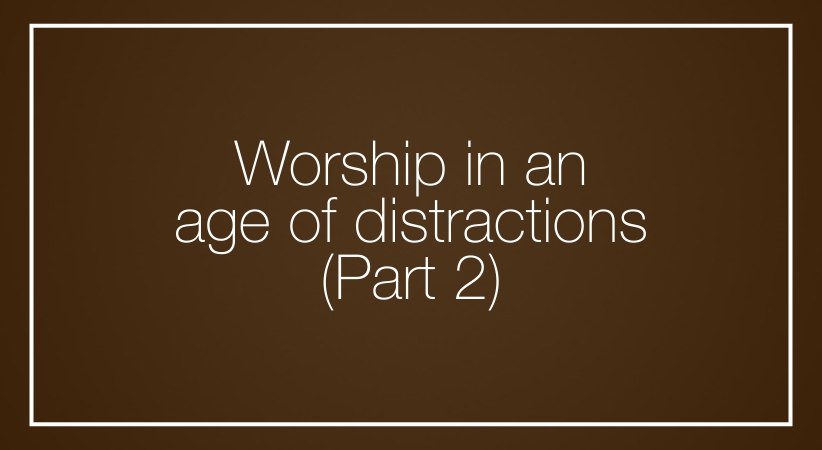 SO, why are these young people being attracted to worship styles and Eucharistic celebrations that differ from those they have grown up in? Lest we be accused of making sweeping generalizations, let it be known at this point that when we say “young people”, we are not referring to ALL young people but only to those typified in the three instances mentioned in Part 1 of this series. Thanks be to God we have countless other young people who have come to embrace the faith of their birth, who have out of their free will clung to that faith and live it with conviction. In fact, we are happy to know of a number who have even become apologists in their own right, fiercely defending the Catholic faith in their blogs and in social media in general. But not all young Catholics have been blessed with sound catechism from their elders, or privileged to join and be inspired by World Youth Day activities.

Young people have questions about life in general and religion in particular. And often there are not enough elders or authorities to provide convincing answers that will establish the relevance of their religion in their lives. “My parents are always fighting; why can’t we have divorce in this country?” “They say God is good, so why does he allow war to go on and innocent children to die needlessly?” Some young people arrive late for Sunday Mass, sit in the back, and chat away the hour (unmindful of the homily and the consecration), and sincerely think they have fulfilled their weekly obligation as Catholics. Unfortunately, no one is available to assure them that heartfelt participation in the Holy Eucharist itself could open the door to the answers they seek.

Young people are attracted by witness. When they hear others sharing about their faith experiences stemming from their struggles they come to believe they are not alone in theirs. They see others’ testimonies as concrete evidence of God’s presence in our lives; it gives them a sense of belonging and strengthens their own faith. Young people who are not active in the parish but have only the Sunday Mass to count on for this feeling of belonging to the flock want to hear powerful witnessing from the pulpit. What a pity if they are ready to listen but the homily disappoints.

Young people crave affirmation. In spite of their braggadocio and maybe an occasional smart aleck comment about not needing religion or God to be happy, they secretly want a nod from elders that they are okay as they are, and that they need not be broken, remolded, straightened out, or made over to be accepted. Perhaps this is why the evangelical service attracts young people—by using music that appeals to young hearts somehow they are saying, “We understand you guys, you’re ok, we’re ok, so let’s be happy—see you next Sunday!”

Young people want a “religion that works” helping them in practical ways in their daily lives. They expect “proofs” that the gospel is useful in meeting 21st century needs. They have not lived long enough to realize that the gospel is relevant in and for all times. Born in an age of technological advances and surrounded by its attention-grabbing gadgets and gizmos, the average young person may find it hard to connect to the message Jesus delivered when people had not even heard of megaphones. Understandably too self-absorbed to recognize the reality of mysteries, they still need to be shown—besides the “preachy” door to holiness—a “walkable” path that might now seem too pragmatic but may in the long run lead them to Jesus as well. Could this be what those “how to be truly rich” talks offer, packaged with the Holy Mass?

Young people—believe it or not—want a deepening of their faith. Their battle cry would be “After this, what?” After dutifully fulfilling religious obligations since the day they learned to kneel down and clasp their hands at bedtime, after partaking of the dimly-understood sacraments and mouthing formulaic prayers in adolescence, they ask for something more. The occasional religious retreats and recollections in school some young people experience may spur them on to seek beyond their childish religiosity. It’s so sad that they do not know what they are looking for—they just feel a lack, a void in their worship, and feel certain that they want “something more.” What’s even sadder is if the parish is caught in complacency that renders its leaders numb to the cry of the young people. Clueless and left on their own, they in all likelihood will turn to the likes of Deepak Chopra. (To be continued) 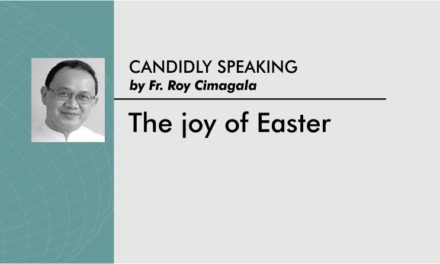 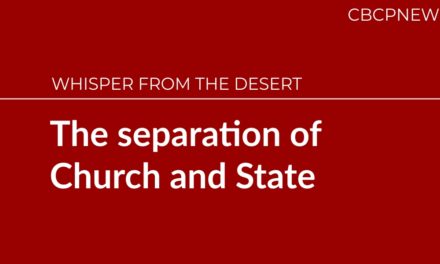 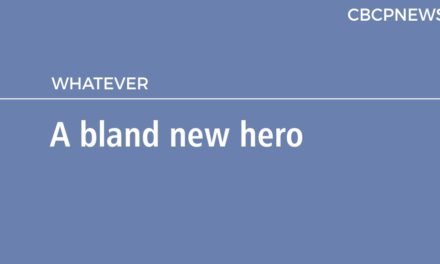