Called to live in intimacy with the Lord

WE have been created to live in intimacy with the Lord, our Creator. As human beings, we attain perfect fulfillment only if and when we reach such intimacy. This, of course, is the “achievement of a lifetime,” in what we call heaven. But already during our earthly life we can have a foretaste of such bliss, despite the limitations, difficulties and dangers that characterize this “Valley of Tests and Tears.”

But in all cases, Holy Scripture reminds us that the one who takes the initiative in such an all-important enterprise is not us, but the Lord God. He is the one who calls us to live in intimacy with him, even though His call usually reaches us through human intermediaries who are God’s instruments in bringing us the divine invitation.

Such is the message of today’s First Reading and of the Gospel, as we learn about the call of Young Samuel, the two disciples of John the Baptist and Peter. From these examples, it is clear that it is through human “intermediaries” that the Lord initiates the dialogue and relationship that are meant to lead certain individuals to a progressive discovery of who Jesus really is.

As to the result of the call, much depends on the response given by the person who receives the message. The dialogue can only begin when we, like Samuel, respond, “Speak, Lord, your servant is listening.” It is the readiness to listen and, even more, the eagerness to get closer to the “caller,” that enable us to respond to the invitation, “Come and see.” It is by going to where Jesus lives and by observing how he lives – the way he deals with people and relates to the Father—that the disciples learn about him and decide to spend the rest of the day with him.

But more important than coming to know about Jesus is to KNOW JESUS—to know him personally ever more deeply and intimately. Such “knowledge” is not the sum total of the things we have learned concerning him, but our progressive penetration into the personality of Jesus and of our allowing him to penetrate ours. This mutual giving and receiving has its roots in God’s eagerness to give Himself to us and leads to our opening ourselves to receive Him, even as we also offer ourselves to Him, in unreserved availability to do His will.

This happens in the stillness of meditation and contemplation in which we “lose ourselves” in the loving embrace of God, like the flowers that open themselves to the moisture of the rain and the light of the sun. Such an encounter, made of mutual receiving and offering, produces a life-giving intimacy and sense of fulfillment that are beyond description.

We do not know what the mysterious “caller” said to young Samuel after he responded, “Speak, your servant is listening,” aside from the dire predictions about the sons of Eli. We know only that, “As Samuel grew up, the Lord was with him, and made come true all that Samuel said. So all the people of Israel, from one end of the country to the other, knew that Samuel was indeed a prophet of the Lord” (1 Sm 3:19-20).

Likewise, we don’t know what John’s disciples saw and heard in the house where Jesus lived. But we do know of the great transformation that took place in one of the two—Andrew. In fact, the following day, the first thing that he did was to look for his brother Simon, to tell him that he had found the Messiah, and right away take him to Jesus. Andrew had become an evangelizer!

The same happened to other people like Saul of Tarsus, Augustine, Francis of Assisi, and innumerable others who met Jesus in most diverse circumstances and were totally transformed by that encounter. Their experience can be generalized and we can conclude that the intimacy with the Lord has a transforming effect in those who respond positively to it.

The disciples/learners eventually graduate from the stage of discipleship into that of apostleship—the going to others with the eagerness of bringing Jesus to them (and not just speaking about him), and to share with them the abundance of life and love they have derived from their intimate encounter with the Source of all goodness.

Nor does this “going out on mission” break the apostles’ intimacy with the Lord. It just takes new forms which are elicited by the needs of the people they meet, and in whom God embeds Himself and lives in the constant flow of giving and receiving that makes up the web of life. The secret of how to enjoy this unbroken “intimacy without borders” consists in learning how to see, serve, and love God in the people among whom we live. 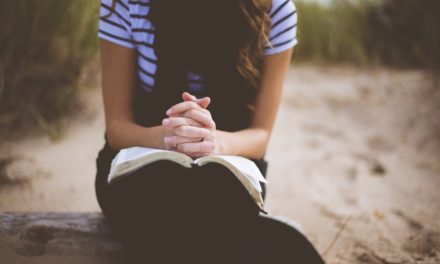 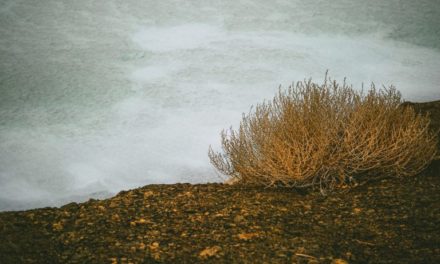 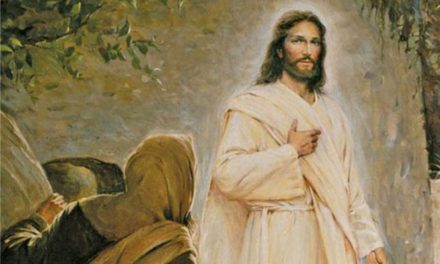 Easter: the dawn of a new era