MANILA, Jan. 28, 2017–Archbishop Socrates Villegas of Lingayen-Dagupan has opened a gathering of more than 90 bishops on Saturday by urging them not to let the Church become a “shell institution”.

Speaking at the start of the bishops’ plenary assembly at the Pius XII Center, he said the “rapid changes” in the society calls for deeper understanding for church people to address fundamental human needs.

The head of the Catholic bishops’ leadership said it is imperative for churchmen to acknowledge them so that their “pastoral praxis” can better answer the needs of the country.

“We can be victims of change, but we can be its authors as well as its guardians,” Villegas said in his prepared speech titled “The Church at the crossroads”.

“The transitions need our attention. The shifts in paradigms need shifts in our pastoral approaches,” he said.

It is understandable, he said, that Churches are among the shell institutions or those that have become inadequate to the tasks they are called to perform.

The outer shell remains, but the inside has radically changed, he said, adding that this is happening even in families, relationships, decision making and almost everywhere.

“We still carry the shell but the shell can be deceptive, illusory and fictitious,” according to the him.

“We issue pastoral letters but are we still understood and relevant to the struggles and visions of our people? Can we listen to gutter language without judgment? Are we not becoming shell institutions—lovely to see with nothing inside?” he said.

But the archbishop recognized some fears within the Church that they might be “compromising the Gospel and moving with the world rather moving the world with the power of God.”

“A defensive Church will not inspire and ignite souls. I have many questions but I lack answers. With you I search for answers and ask the Spirit to inspire and set our hearts afire,” he added.

Villegas is presiding his second to the last plenary assembly as CBCP president. He is set to relinquish his post by December after completing his second term in office.

CBCP officials have a two-year term in office, and are eligible for a second two-year term, for a maximum of four years.

As of this posting, 82 out of the 91 active bishops and nine of the 41 honorary CBCP members are attending the three-day meeting.

Among the agenda of the plenary assembly include a discussion on the current “socio-political climate”, the ethical use of social media, and the proposed change to the Constitution to give way to a federal system of government.

In a message to the CBCP, Pope Francis sent his “fraternal best wishes” as the Filipino bishops reflect on the Church’s mission in the country.

The Pope also assured the bishops of his prayers “that your deliberations may be guided by the Holy Spirit, and bring light of faith to bear on the pressing issues facing the Filipino people.” (Roy Lagarde/CBCPNews) 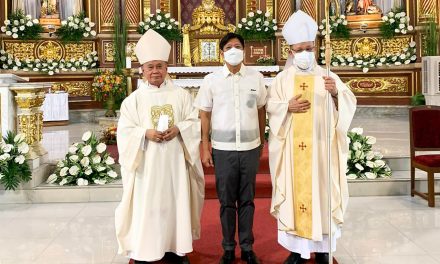 Manila archbishop to Marcos: Pursue the path of justice, peace 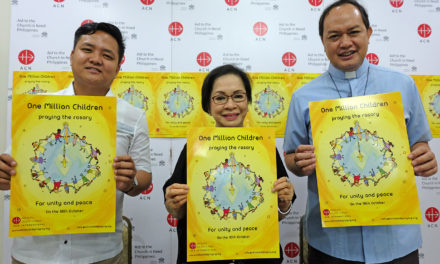