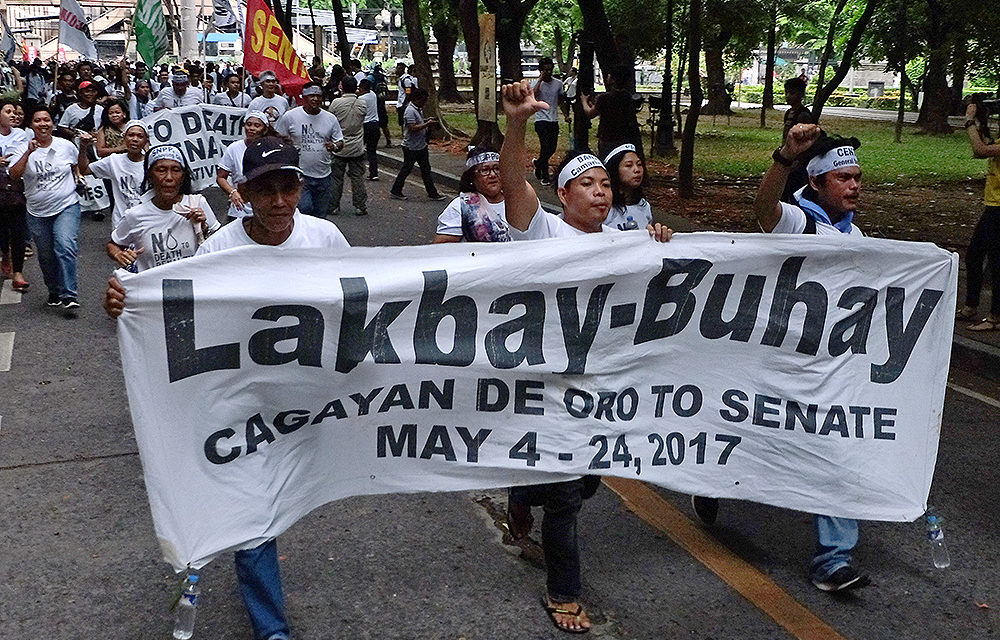 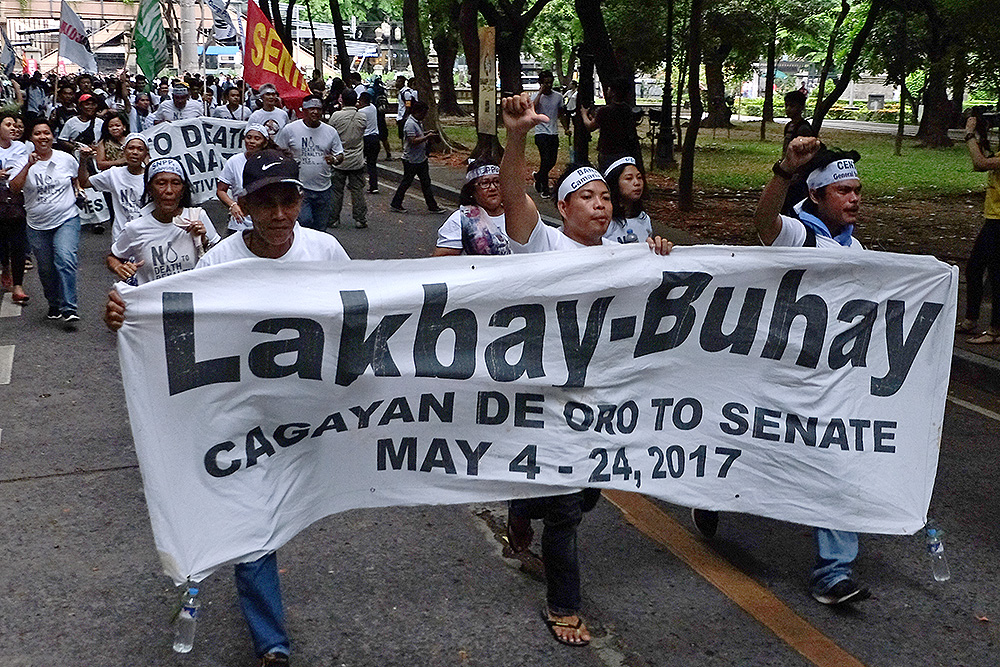 “Lakbay Buhay” pilgrims arrives at the UST for a Mass attended by hundreds of people who are calling on the senators to reject the death penalty, May 21, 2017. CBCPNews

The Catholic Church appealed to senators to be ‘heroes of life’ by voting against the bill reimposing the death penalty in the country.

In a video message, CBCP President Archbishop Socrates Villegas enjoins the senators to “stand for life” and not lose the chance to be protectors of God’s gift.

“To our senators, we entrust in your hands the opportunity to become the heroes of life,” said Villegas, who is also the archbishop of Lingayen-Dagupan.

“Stand up (for your principles). Don’t waste the chance given to all of you. Stand up for life,” he said.

The video was played Sunday to hundreds of crowd gathered at the University of Santo Tomas for the “Lakbay Buhay” pilgrims.

A Mass was, presided over by Kalookan Bishop Virgilio Pablo David, along with Manila Auxiliary Bishop Broderick Pabillo and several other priests.

The CBCP head lamented how lawmakers in the Lower House ignored to defend the sanctify of life “and stand up for heroism” when they approved the capital punishment two months ago.

“Our congressmen lost a great chance to be heroes when they voted to restore the death penalty,” said Villegas.

The archbishop reiterated that killing a person is unacceptable regardless of the seriousness of the crime of the condemned.

“If a person guilty of a crime or innocent is killed, it’s called the same thing— killed. So ‘thou shall not kill’’, according to Pope Francis, pertains to the guilty and to the innocent,” he said.

And it’s more inadmissible, Villegas added, if the one responsible for the killing is the people’s own government.

The church leader also thanked the lay people and the clergy who supported the pilgrims and the 21-day cross country pilgrimage.

The pilgrimage for life is set to end on May 24 at the Senate to ask senators to reject the proposed measure.

The bishops’ National Secretariat for Social Action (Nassa), one of the organizers of the caravan, clarified that the initiative was only to demonstrate their stand against death penalty and not against President Duterte.

“This is not anti-Digong (Duterte) or anything. This is a stand against death penalty,” said Fr. Edwin Gariguez, Nassa executive secretary. “This is regardless of party affiliation.”

“The intention of this mobilization is really to bring the message to the senators that they need not support the death penalty,” he said. CBCPNews 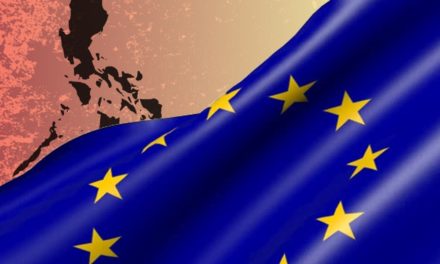