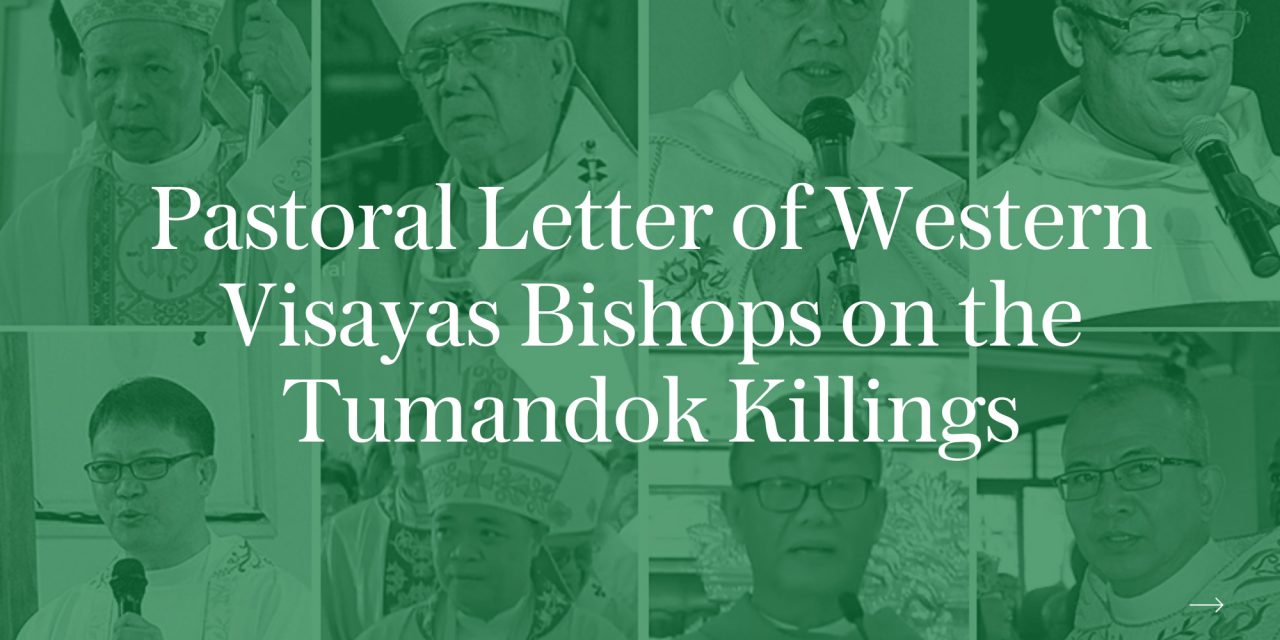 We, the bishops of Western Visayas, share the griefs and anxieties of our brothers and sisters of the TUMANDOK tribe in Tapaz, Capiz. We grieve with the families of the nine TUMANDOK tribespeople who were killed. We share the sufferings of those arrested and of their families. We empathize with the FEAR and INSECURITIES of those displaced by the ATROCITIES. And WE CONDEMN in the strongest possible term, all the KILLINGS and especially, the KILLINGS of our BROTHERS– the TUMANDOKS.

The Catechism of the Catholic Church reaches that, “God alone is the Lord of life from its beginning unIl its end” (CCC #2258).

The voices of the blood (Gen. 4:10) of the many, of those 27,000 victims of the senseless war against illegal drugs, cry to God for jusIce. We lament that little or nothing at all has been done to do jusIce. Recently, from Negros Island, we are hearing the voices of the blood of those tagged as members or supporters of the Communist Party of the Philippines – New People’s Army (CPP-NPA). Now, we are hearing it from the island of Panay. Compelling a brother Bishop to say that the killings were a “continuation” of the “mass killings and arrests” of other activists in the central Philippines in recent months.”

In the early morning of December 30, 2020, a joint operaIon of the Philippine Army and the Philippine National Police VI to serve 28 Search Warrants under the Synchronized Enhanced Management of Police OperaIon (SEMPO) resulted to the death of nine (9) people and the arrest of 17 members and leaders of the Tumandok tribes of Tapaz, Capiz and Calinog, Iloilo.

TUMANDUK, an alliance of 17 indigenous peoples’ (IP) communities in Tapaz and Jamindan towns in Capiz and Calinog in Iloilo province, strongly opposes the construction of the Jalaur Mega Dam. The leaders believe that because of their strong opposition to the project, they became victims of red-tagging, being accused as members or supporters of the CPP-NPA.

“NANLABAN”. They fought it out, that’s why they were killed, the police claimed.

But the families counterclaimed, “The victims did not resist arrest. The firearms and explosives were planted. The victims were murdered.”

The atrocities created a climate of FEAR and UNCERTAINTIES among the residents of the Tumandok communities. Fear forced many to leave their communities and migrate to more secure places in the Poblacion or in the houses of relatives. Fear also forced many to surrender to authorities to clear their names or admit that they were former members and supporters of the CPP-NPA.

Amidst the plight of our Tumandok brothers and sisters, we, the bishops of Western Visayas, raise our prophetic voice as WE DEMAND:

1. A thorough investigation by an independent body to ascertain what really happened last December 30, 2020;

2. That once again we – government, the church, business community – listen to the legitimate cries of the Tumandoks against the construction of the Jalaur Mega Dam;

3. That the militarization of the IP communities should stop immediately so that our brothers and sisters, the Tumandoks, can go home and live in peace again;

4. That the PNP and the AFP follow conscientiously the ethical standards in the rules of engagement in their police or military operaIons;

5. That police officers be required to use body cameras in all police operaIons to protect the police against false accusations. This will also protect the civilians from the use of violence or abuse of power such as planIng of evidence, illegal arrest and even killings.

We call on everyone to be highly vigilant in defending the sacredness of life and in respecting and protecting the rights of ALL.

We also encourage the ILONGGO community to reach out in compassion to our bereaved and displaced TUMANDOK brothers and sisters.

We urge everyone to DISCERN and PRAY for the will of God amidst all the killings and violaIons of human rights and to ACT guided by the principles of NONVIOLENT ACTION.

Lastly, let us all together contribute whatever we can to: STOP THE KILLINGS; RESPECT THE RIGHTS OF PEOPLE TO LIVE IN PEACE; and STOP THE MILITARIZATION OF THE IP COMMUNITIES! 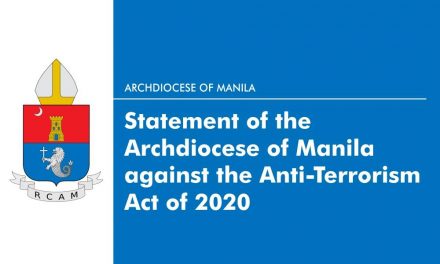 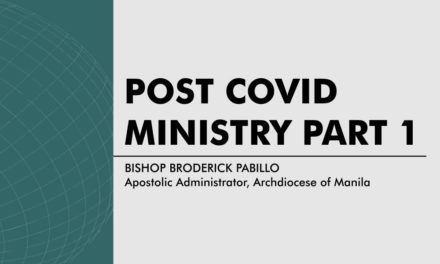 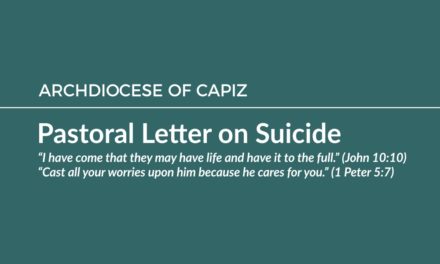