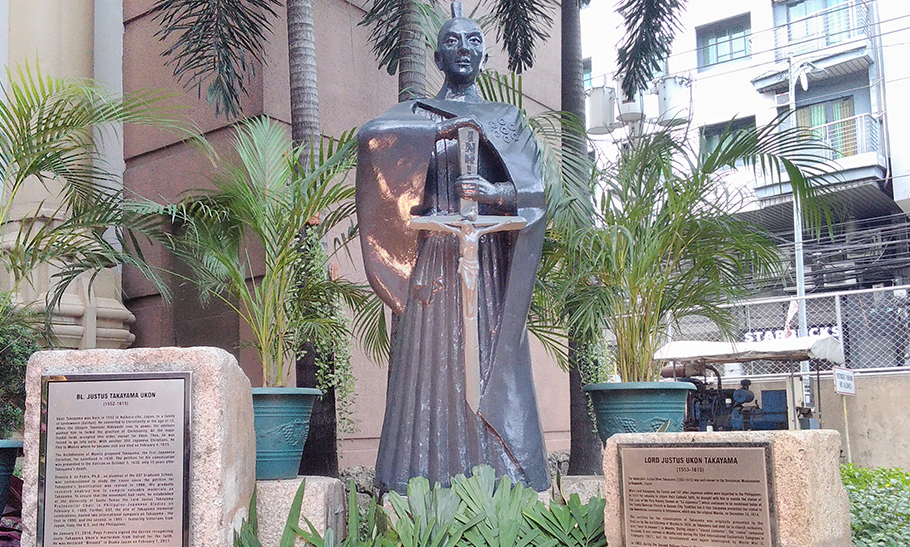 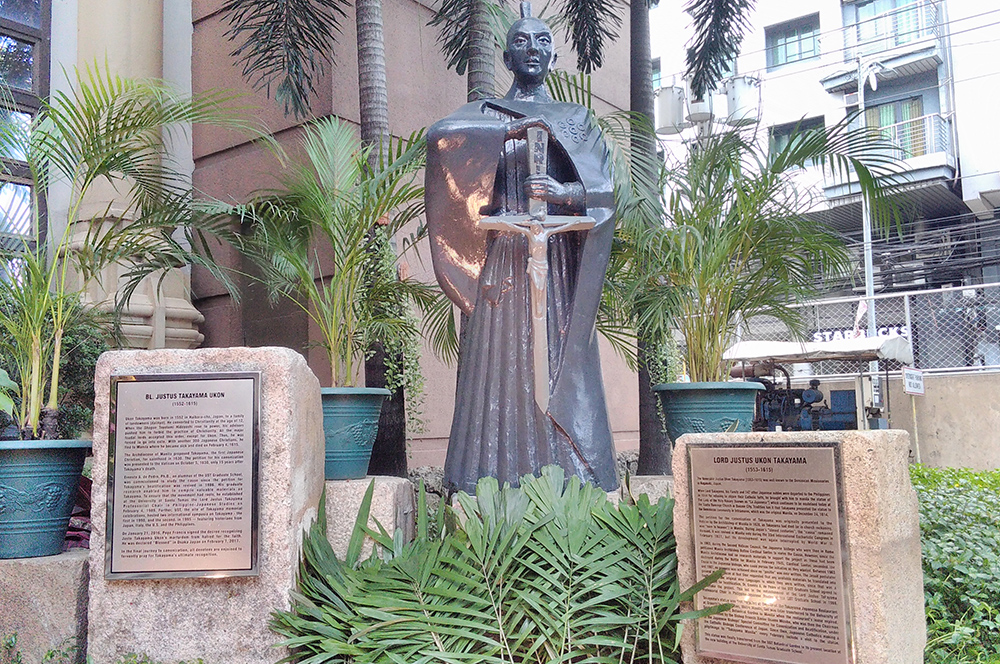 An image of Lord Takayama in front of the UST Thomas Aquinas Research Center. CHRISTINE PAGUIRIGAN

MANILA– The University of Santo Tomas (UST) unveiled a historical marker on campus Tuesday to memorialize the first lay Japanese Christian missionary in the Philippines.

The unveiling took place in front of the Thomas Aquinas Research Complex (TARC) more than a month after Justos Takayama Ukon, a 17th century Catholic Samurai and martyr, was beatified.

A brief description of Blessed Takayama’s valor as a Japanese warrior and faithfulness to the Church was inscribed in the marker installed beside his statue built several years ago.

Takayama, who lived from 1552 to 1615, was a Japanese Samurai who converted to Christianity during the Sengoku Period.

In Japan, he and his father were responsible for the conversion to the faith of their followers.

In 1614 when Christianity was banned in Japan, Takayama was forced to go into exile. With another 300 Japanese Christians, he moved to the Philippines.

The UST said his exile to Manila, where he was welcomed by religious missionaries, represented the start of a “heart-to-heart relationship” between the Filipino and Japanese society.

A short time after his arrival, however, he died of illness in Manila, but has since been honored for his courage to stand by the Catholic faith.

The martyr’s beatification journey—a 402-year crusade—entwines with the existence of the 405-year- old university; thus, UST’s active involvement in forwarding the cause for Blessed Takayama’s sainthood.

The Archdiocese of Manila proposed Takayama for sainthood in 1630. The petition for his canonization was presented to the Vatican in October 1630, only 15 years after his death.

Ernesto de Pedro, an alumnus of the UST Graduate School, was commissioned to study the cause since the petition for Takayama’s beatification was revived in 1986.

To ensure that the movement had roots, he established at the UST the Lord Justus Takayama Professional Chair in Philippine-Japanese Studies on Feb. 4, 1989.

In January 2016, Pope Francis signed the decree recognizing Takayama’s martyrdom from hatred to the faith. A year later, he was declared “Blessed” in Osaka, Japan.

The UST said there remains one more step before he is declared a saint. “This final step requires a miracle produced through his intercession as proof of God’s caring grace,” it said. 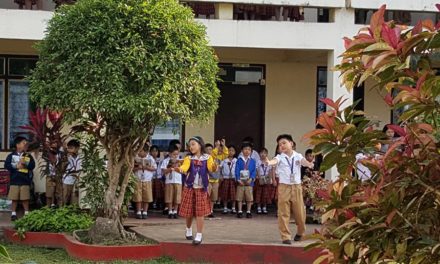 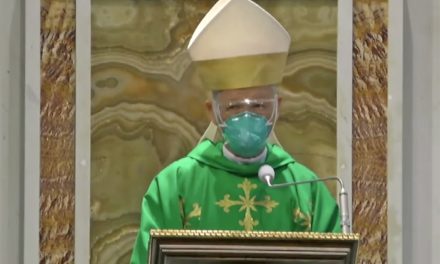