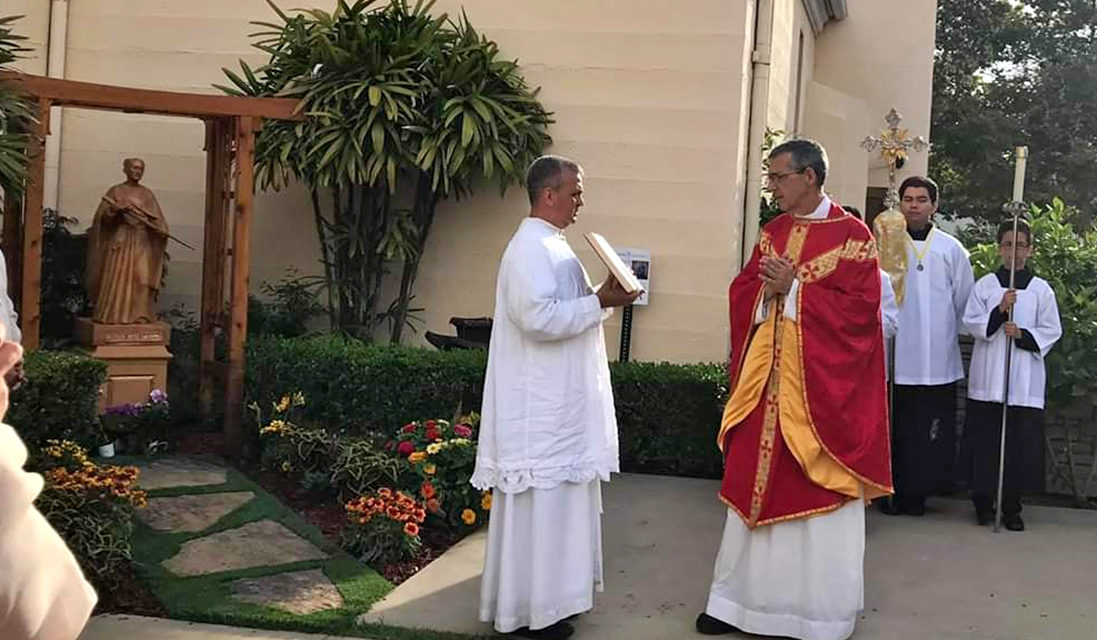 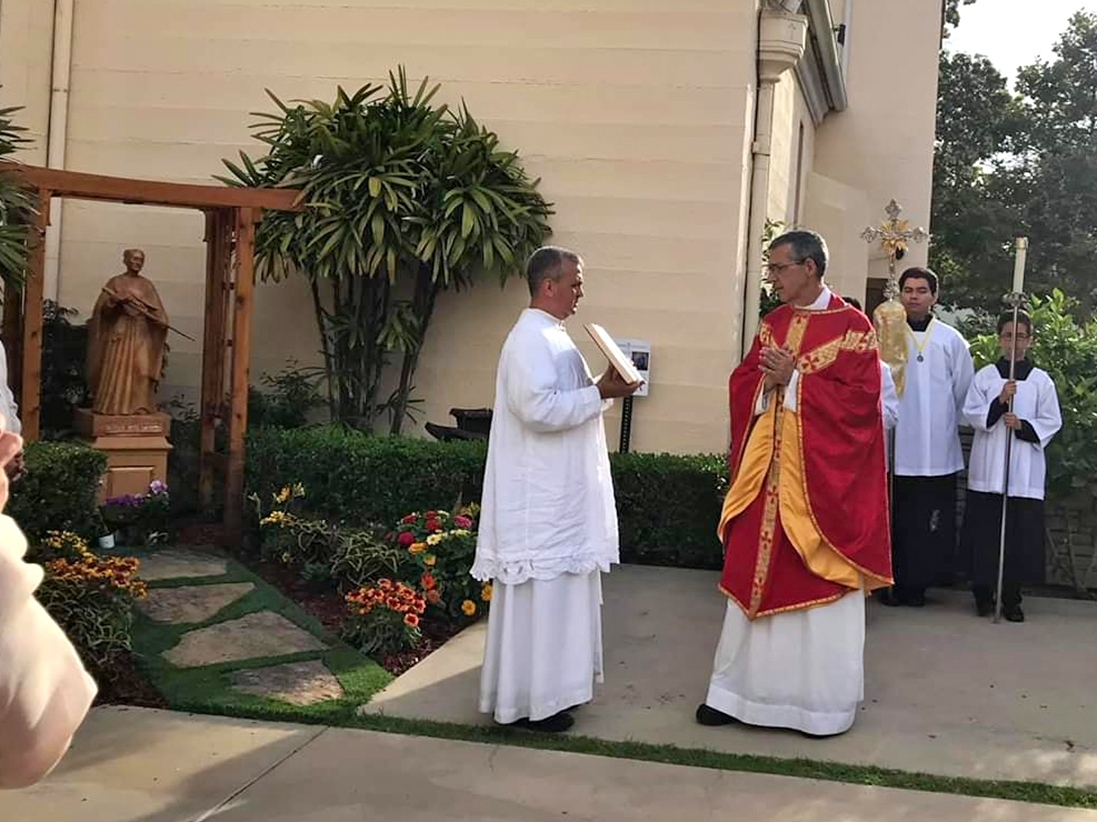 Fr. Hildebrand Garceau leads the installation of the statue of Blessed Justus Takayama Ukon at the Saints Peter and Paul Church compound in Wilmington, California on June 29. COURTESY OF DR. MICHI FRANCE GINSON

A piece of the Philippines and Japan has arrived in California, a home to a huge Filipino population in the United States.

It came in the form of a 36-inch statute of Blessed Justus Takayama Ukon, that was enshrined at the Saints Peter and Paul Church premises in Wilmington town on June 29.

The installation of the image was preceded with a Mass presided over by Fr. Hildebrand Garceau, the church’s pastor.

Both the Japanese and Filipino communities joined the local parishioners in the celebration, which also marked the feast of the parish’s patrons.

With about 1.4 million Filipino immigrants in California, mostly Catholics, the devotion to the 17th century Catholic Samurai and martyr has gained attraction.

The image was commissioned by Dr. Michi France Ginson from De Pedro after the pontifical coronation of La Virgen Milagrosa de Badoc, the Japanese Madona, in 2018.

“I was inspired to get to know more of the image of ‘The Samurai of Christ’ that Cardinal Quevedo brought to St. John the Baptist in last year’s May 30 coronation,” Ginson said.

“Blessed Takayama has inspired our parishioners who have experienced first hand his quick intercession,” she added.

Takayama was stripped of his title and property during the intense Christian persecution, was exiled from Japan to Manila where he died in February 1615. 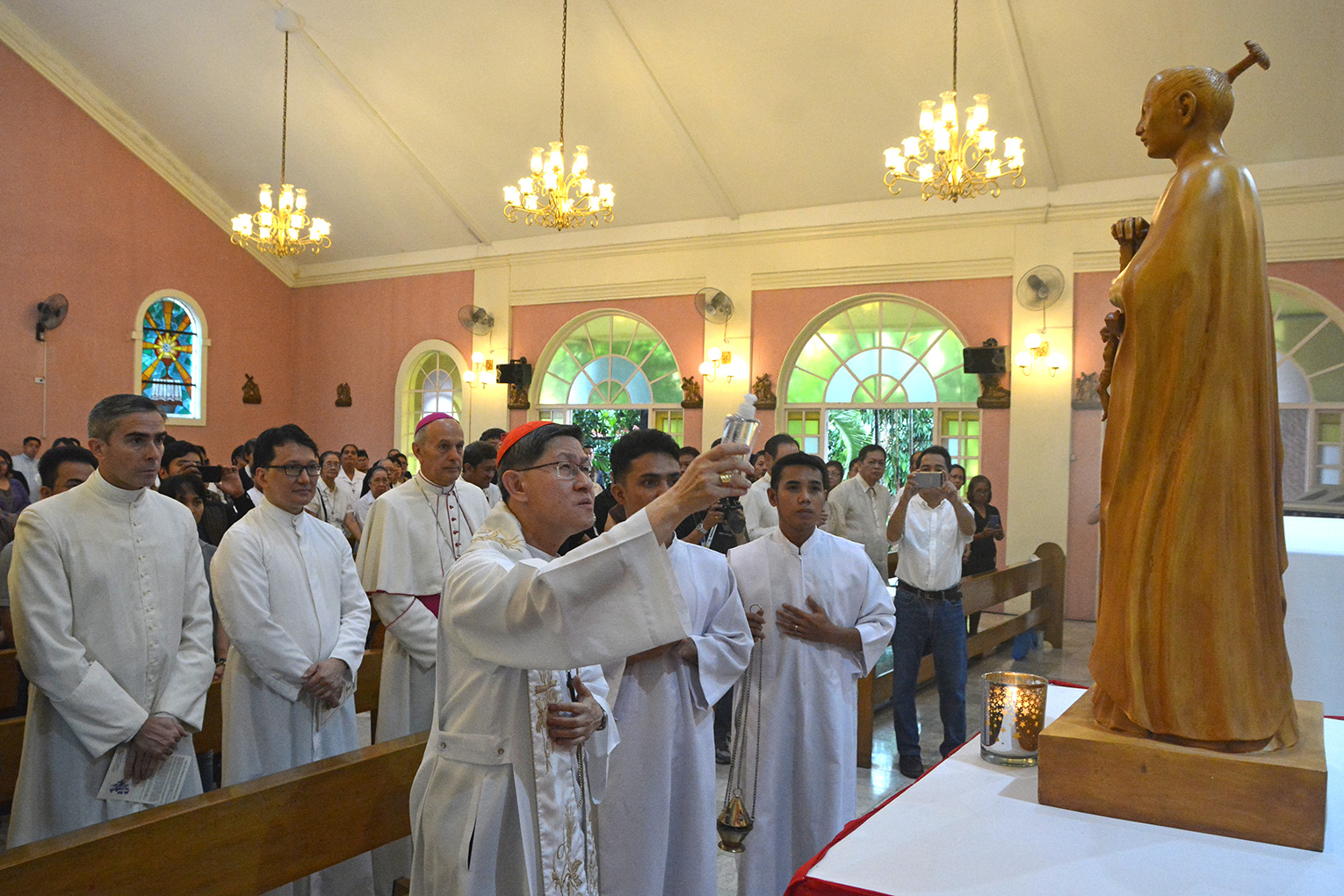 In the Philippines, Cardinal Luis Antonio Tagle also led the installation of Takayama’s statue at the chapel of the Pamantasan ng Lungsod ng Maynila (PLM) in Intramuros over the weekend.

The site was used to be the Jesuit compound where Takayama, who brought with him 350 Catholic refugees and migrants deported from Tokugawa, lived for 44 days before he died.

His remains were entombed near the altar of the chapel with the expectation that Takayama would one day be proclaimed saint.

Takayama is first Manila Catholic petitioned for sainthood by the Archdiocese of Manila. He was declared a “Servant of God” 1994.

In 2013, the Catholic Bishops’ Conference of Japan (CBCJ) submitted a 400-page application for the beatification of Takayama to the Vatican’s Congregation for the Causes of Saints – as a Martyr, instead of as a Confessor as originally filed.

Pope Francis approved the decree for Takayama’s martyrdom in 2016, declaring Takayama, a “layperson … from Japan [who] died from the hatred of the Faith on Feb. 3, 1615 in Manila, Philippines.” On Feb. 7, 2017, he was finally beatified as the “Samurai of Christ.” 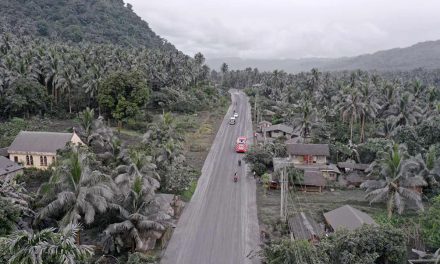 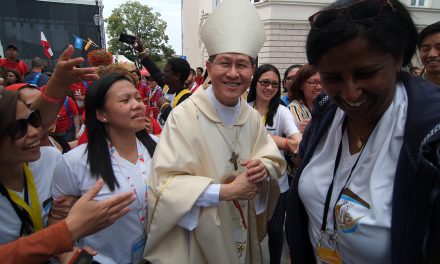 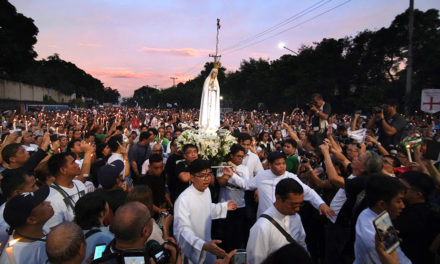