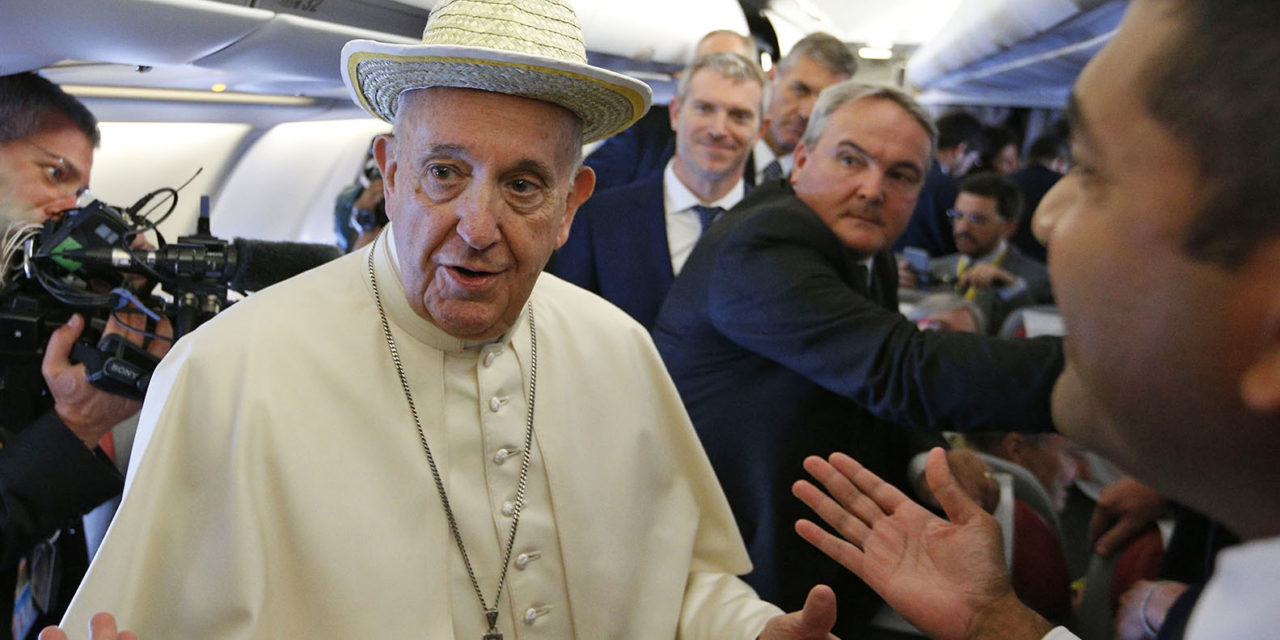 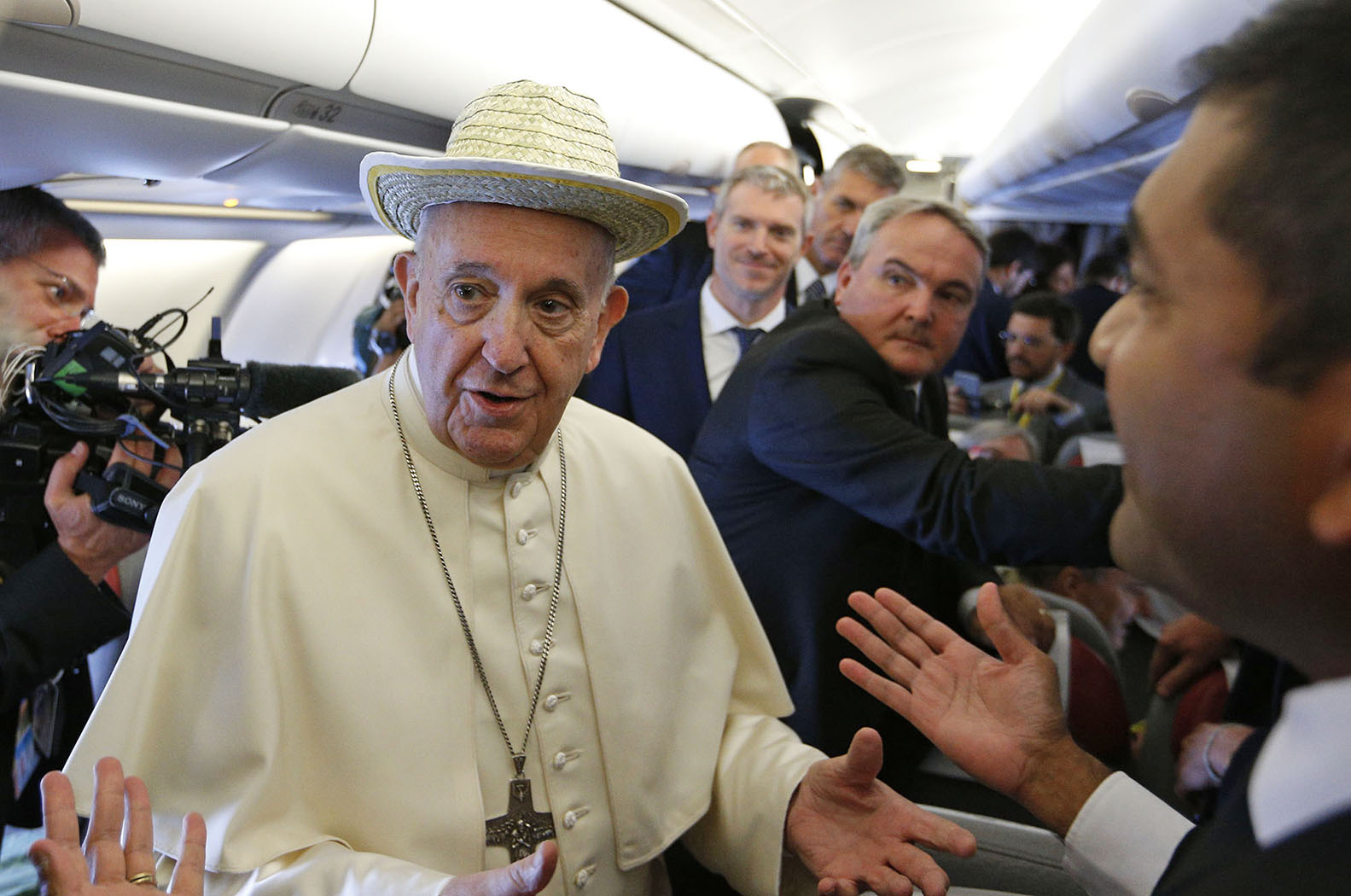 Pope Francis tries on a hat presented by a journalist aboard his flight from Rome to Maputo, Mozambique, Sept. 4, 2019. During his flight, the pope asked journalists to pray for victims of Hurricane Dorian, especially in the Bahamas. The pope will also visit Madagascar and Mauritius through Sept. 10. PAUL HARING/CNS

ABOARD THE PAPAL FLIGHT TO MOZAMBIQUE— Pope Francis told a reporter that it is “an honor when Americans attack me.”

The pope made his comments to Nicolas Seneze, a reporter from La Croix, the French Catholic daily newspaper, during the flight Sept. 4 from Rome to Maputo, Mozambique.

Seneze is author of “Comment l’Amerique veut changer de pape,” which can be translated as “how America wanted to change popes.” Seneze gave Pope Francis a copy of the book during the flight.

Pope Francis said he had heard about the book, but had not been able to find a copy. The volume, currently available only in French, went on sale the day of the papal flight.

Seneze’s thesis is that “rigorist” Catholics, mainly wealthy, are opposed to Pope Francis’ emphasis on mercy over clear rules, his teaching on ethical problems with the way the world’s economy is working, and his overtures to Cuba and China.

After telling Seneze that he had not yet read the book, the pope told him, “It’s an honor when the Americans attack me.”

And handing the book on to an aide, the pope commented, “It’s a bomb.”

Shortly after Pope Francis returned to the front of the plane after greeting each member of the media, Matteo Bruni, his spokesman, came to the journalists with a statement.

“In an informal context, the pope wanted to say that he always considers criticisms an honor, particularly when they come from authoritative thinkers — in this case from an important nation,” Bruni said. CBCPNEWS 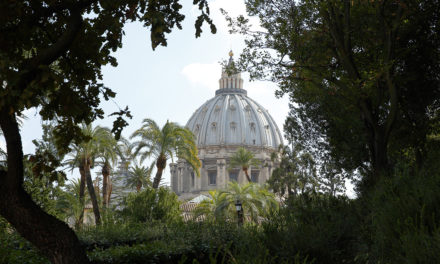